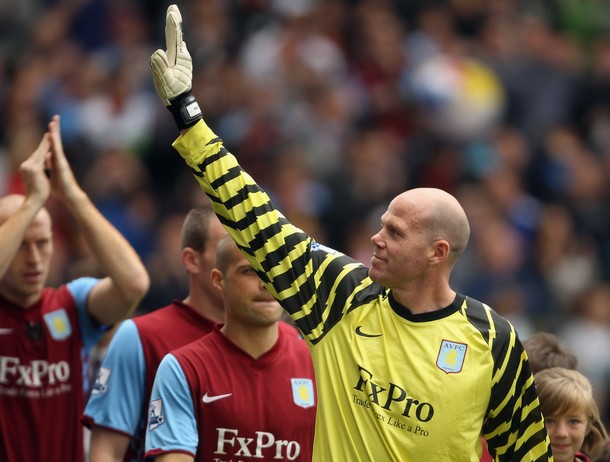 The reports indicate that Arsene Wenger was ready to offer the former American international a two-year-deal at the Emirates however the goalkeeper’s move to North London rivals Tottenham Hotspur was already close to completion.

Wenger has now missed out on two potential signings in the past week with Blackburn Rovers’ Phil Jones set to join Manchester United despite having talks with the Gunners boss.

The news that Wenger moved for the 40-year-old suggests that Wojciech Szczesny will face competition for the club’s number 1 jersey, with the Frenchman on the search for a senior stopper.

I have wanted Arsenal to sign Friedel ever since Lehmann left. We would have done so much better over the last few seasons with him in goal rather than Almunia. He is still good at 40 and I’m sure he will be better than Gomes.

Wouldn’t have been a bad little signing but he’ll get more football for the scum. Maybe we’ll move onto someone like Marcus Hahnemann or just keep Jens for another season.

HellBoy will get first team action over there. I don’t think he’d get that with us. Chezzer will be No1, but needs a wise old mentor IMO.

Can we build a fishing pond at Colney for Seaman to sit at while looking out for our young GKs?

Keep in mind this is The Mail. I can’t really see much truth in this yarn.

Almunia provides competition?! This is shoody journalism. If you had checked your facts you would have seen that Almunia is in fact a pile of crap

Does nearly signing someone constitute news – unless you’re a Spud?

It does constitute news when you now consider that is now two players in the space of 48 hours turning down the chance to join us…. I can see reasons behind Phil Jones deciding to Join ManUre as it means not having to uproot his family (and I am using that reason to not consider the ‘I would rather play for a team that wins stuff’ reason!) But Friedel preferring to go to a lesser club like Sp*rs is just a kick in the nads. The only reason I can possibly think of is that twitchy guaranteed him first team… Read more »

Meh, would only have been back-up.

Loving your news Arseblog.. and just reading from here alone makes me feel that its a little more concrete than those other websites….We undertsand it can never be 100% so we will not kill you if some of the news/rumours dont come to fruition

keep up the good work My Arsenal brother