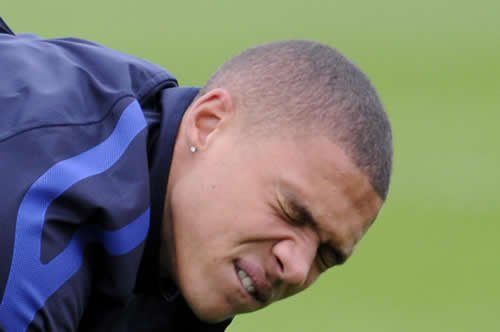 Kieran Gibbs will miss the U21 European Championships in Denmark this summer after picking up an ankle injury in a friendly game against Norway.

England coach Stuart Pearce said “It’s unfortunate for Kieran, but he went for a scan yesterday and is in a medical boot.”

The tournament was a chance for Gibbs to get some much needed playing time under his belt and go some way towards staking a claim for the left-back position at the club.

His 2010-11 campaign, in which he was expected to seriously challenge Gael Clichy, was hampered by a succession of injuries meaning he started just four league games and only featured in seven overall.

It is not yet known how serious the injury is, or if it will affect his pre-season, but the timing could not be worse. With serious doubts over the future of Clichy, Arsene Wenger will be surely be questioning the England international’s ability to fill the gap should his injury woes continue.

I swear this kid is made of glass!

Baines is a short arse

He’s got cottage cheese for ankles.

Gibbs injured. Again? Ho hum. Routine stuff, and yet further evidence that he should never be relied upon to replace Clichy. Should Clichy go–as looking increasingly likely–we must sign an experienced LB.

Might wanna correct the tag to “KierAn” just to archive your news.

Thanks Voster, have done that now.