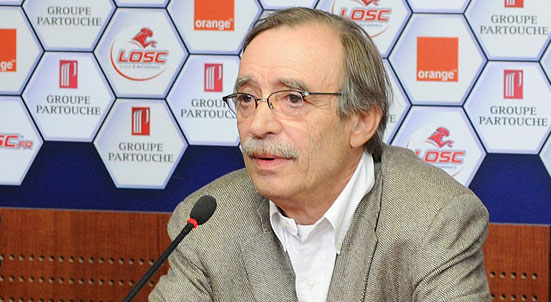 Despite rumours that a deal was close to completion, Lille’s President Michel Seydoux has insisted that the French champions have yet to receive a formal offer from Arsenal for Gervinho.

Speaking to RMC Sport he said “We know he has a personal interest in Arsenal. For now there as only been a simple contact [with the club] but no real offer for the player”.

Clearly the player is on Wenger’s radar but it seems a deal is not as close as many have reported. And while Lille are willing to let Gervinho go, Seydoux ruled out any move for Eden Hazard. Arsenal made contact earlier in the month about a possible transfer but with huge bids from oil rich clubs like PSG and Man City being spoken about, Lille will refuse sell the most sought after Belgian since Plastic Bertand.

“Lille will refuse sell the most sought after Belgian since Plastic Bertand.”

Fancy that, no.5 and I’d never heard of him:

This actually sucks so much. Yesterday we had basically signed three wingers and today we learn what we thought was true yesterday is a lie.

Probably it was just an unreal, very informal first offer.

Feels frustrating but I’m not sure it really matters. Still over a week till pre-season starts so as long as something happens this week, should be fine.

I cannot see half of the aforementioned players being bought. Wenger will wait til the last week, buy whats left ,which will be youngsters again, and we will languish in the top 4 for another season. What we need are players with EPL experience, we can afford them, people who can tackle and have that edge about them.I have supported the Arsenal since 72 and am hopeful of seeing the great times again. Its a money game now, and we have some of that!!!

If we’re languishing what are the hundreds of clubs below us in the English league system doing?

LOL. A joke of a Club we are. Hey, Arsene, still looking for bargain prices? Wake up old man. We are now in 2011 not in 1996. Besides Gervinio is average. We need better players. We need a proper cd, a world class cdm, aside from Ricky Alvarez another winger, and someone like Samuel Eto’o. We are able to buy him. With RVP he could become deadly. And of course we must replace Clichy. You know what is funny? Wenger told us that Denilson and Bentner could be world class players. Now they are tied to very fat contracts and… Read more »

I know it’s awful that we have made no signings and the transfer window is already over. And United haven’t overspent whatsoever for quality, proven players with several years of experience at the top level and not just Aston Villa, Blackburn and Atletico Madrid.

Though I hope to be proven wrong I wouldn’t at all be surprised if we didnt sign anybody of note in the close season. We’ll wait to see what the score is with Cesc and Nasri first and then at best buy the equivalent of a 12 year old Sylvestre.

I am so fed up with Arsenal fans. A website runs quotes that are two weeks old and everyone puts down the club, the manager, the players etc. I know for a fact that Gervinho, Alvarez and Oxlade-Chaimberlain have signed already so wipe the tears from your eyes, grow some balls and stop your whining. Its pathetic!

You know absolutely nothing. LOL at all these so called Arsenal Insiders on here and Twitter.

Maybe, just maybe you shouldn’t believe every news item you read. Most is bullshit anyways. Arsenal are known to do their buisness quietly. The tranfer window hasn’t even opened yet. These are complicated deals where a lot of money is being moved, so I’d rather have them doing these things properly instead of the ridiculous way a club like City conducts buisness.

Gotto say I agree that this would be a decent bit of news if true. We need better players. I watched him in the final in paris this year and he was largely unable to keep possession and didn’t show strength on the ball, easily muscled out of challenges.

How old are these quotes though, that’s the question.

look, the best thing to do is wait. I know it’s annoying when manyoo are signing players, but let’s be clear here, that defender they bought for stupid money is Unproven, & as for young well as far as I am concerned he’s your typical over-rated over priced average English player. nothing more. our manager is very astute in the market, in fact there’s not many better, and at the moment it’s the “silly season” so despite us being linked with Tom dick & Harry I’d believe any potential signing we’ve made when I see it confirmed on the tv.… Read more »

Arsene is key! Football is about money, so surely being safe with it as he has will benefit us massively when the new fair play rules come in. We have a good wage cap, and a good system, stick with it, and we will have the glory days again!

hey arseblog whats happened to the hazards talks? if you have any news hit us up