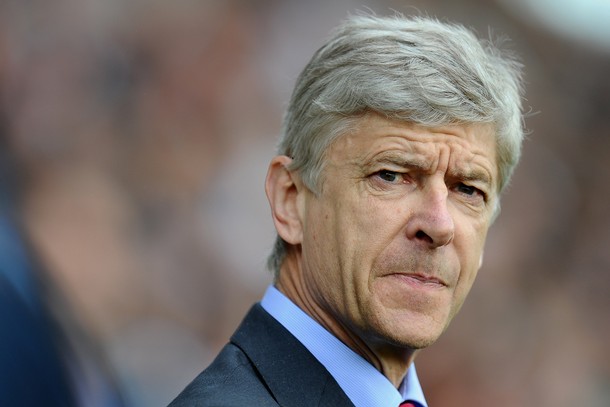 Arsene Wenger has spoken for the first time about the acquisition of Carl Jenkinson from Charlton Athletic and revealed that Arsenal had kept close tabs on the promising 19-year-old for some time before finally sealing a deal this week.

The under-19 Finnish international looks likely to start his Arsenal career as back-up to Bacary Sagna in the right-back position although with a reputation for versatility is tipped to prove himself a valuable asset for the Gunners in the coming years.

Speaking about his first signing of the summer, Wenger told the Arsenal official website:

“We were watching Carl for some time and he is a player with great talent and natural defensive ability, but also a powerful player who likes to go forward.

“He is a strong defender who has made quick progress with Charlton and also with the younger age categories for the Finland national team, showing many great qualities.

“We are excited that Carl is joining us and he will add strength to our squad.”

To read Jenkinson’s comments about signing for Arsenal, click here.

What better teacher than Sagna I say? Now let’s get strengthening the 1st’s. Oh and papers knocking Wenger for spending “only a million” on a 19yr old also praised Kenny for spending 20 million on a 20yr old… Hmmm

Jekinson is a great talent.The question is will he be out of depth in the epl having not played in this division.So many flattering words have been showered on other kids. Among them Pennant/Upson/Aladiere/Vela/Denilson/etc.
Wenger better get his signings right. This is a crucial season for the gunners ie 2011-12.Another one like the previous one you can bet your house knives will be out to get the FM

Yeah excellent signing. By 2036 we will have a world clas team

Honestly, I’m immune to this rhetoric now. Wenger talks up some player like he’s adding strength to our squad when in reality he’s a 19 year-old kid who according to Charlton fans didn’t exactly stun anyone in League One. League ONE. He’s NOT a back-up to Sagna, anymore than any player from League One who barely managed to start a few games would be a back-up to ANY player in the Premier League. If you think otherwise, and if Wenger thinks otherwise, be prepared for disappointment. I just can’t believe that anyone would believe he’s our second-choice RB, and that… Read more »

I agree with Pete above, no different than Liverpool’s recent signing, minus a great deal of money spent. Don’t hey on this to be the last buy of the window. If he’s just a backup to Sagna, and it means less Eboue, how is that bad?

Wait til the guy has played a game for us at least before you draw any conclusions. Cool your boots!

no different than Liverpool’s recent signing, minus a great deal of money spent.

…and minus any experience in the Premier League. I agree that the valuations of Phil Jones and Jordan Henderson are ridiculous, but let’s at least be clear that they at least had Prem experience. Jenkinson could barely get a game at Charlton in League One. Don’t tell me he’s a back-up to Sagna. I’ll shoot myself. Eboue is far, far, far, far, better than part-time League One player Jenkinson, and that’s not saying much.

If this is the only signing then yes I’ll be upset. But I truly believe things big things will happen for us in the transfer Market.

I don’t think by any means this is our only signing. Nobody thinks that.

My comment was directed at those who think Jenkinson was bought as a back-up to Sagna. Sorry. Not going to happen.

Well that’s fair that you think that, with him not yet to even wear the arsenal shirt. I’m sure if arsene feels he will be back up, then he’s probably got the quality to do so.

Arsene also felt denilson pennant et al were suitable. However, i wouldnt put the lad down too much for not having the best resume yet.. Football is football and honestly theres no better way to become an arsenal quality player than to play for arsenal a bit. Look at the crew of 18 year old unknowns who shut us down for most of the liverpool match