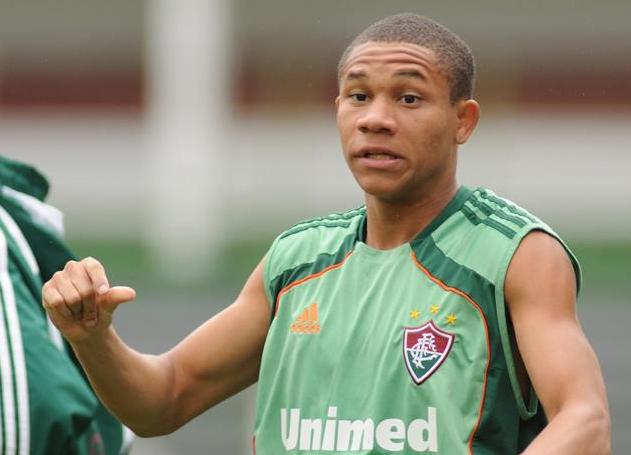 Arsenal have released three young players as they streamline the number of Academy graduates competing for reserve and first team action.

Midfielder Mark Randall, defender Thomas Cruise and winger Roarie Deacon have all become free agents after the North London club opted not to offer them new contracts at the Emirates.

Randall, who is well known to Arsenal fans following several seasons of action in the Carling Cup, spent last term on loan at Rotherham United but struggled to make an impact in League Two. Previously loaned to both MK Dons and Burnley, Arsene Wenger has now decided that the 21-year-old should continue his career elsewhere having fallen behind the likes of young British duo Jack Wilshere and Aaron Ramsey in his development.

Thomas Cruise came to prominence last season after the Gunners handed him a surprise debut in the Champions League against Olympiakos. While his performance at in Greece hinted at a bright future he remained at best fourth in the left-back pecking order with Armand Troare and Kieran Gibbs preferred options as back-up to Gael Clichy. Roarie Deacon meanwhile produced notable performances last term at both under-18 and reserve level but leaves Arsenal without a first team appearance to his name.

Two further young players look likely to continue their development on the continent with Brazilian duo Pedro Botelho and Wellington Silva both wanted by La Liga side Levante, according to Young Guns Blog. Not yet eligible for a work permit, left-sided defender Botelho will, if signed by Juan Ignacio Martinez, embark on a prospective fourth season in Spain having already racked up spells with Salamanca, Celta Vigo and Cartegena.

Wellington, who was signed from Brazilian side Fluminense in January, was immediately loaned to Levante after failing to secure a ‘special talent visa’ but struggled to make an impact in the last months of the season with his temperament publically questioned by the coaching staff. It is now believed that new coach Martinez will offer the 18-year-old a second chance to impress at the Valencia outfit as he looks to prove his talent to Arsene Wenger.

I really wanted Tom Cruise to be a top gunner.

I’ll get my cloak

When will we see Bendtner and Denilson leaving or released by Wenger? They are munching the club’s money and blocking the young players’ future. At least we can pay the wages of new players when these two under-performers leave.

Hopefully right after serial loser of the ball Diaby leaves.

It is a shame about cruise! Preferred him to Traore anyday!

Why is this website recycling old news that others have already covered? Sorry but I expect much higher standards from you guys. On other blogs I don’t click on such headlines that are written specifically to get hits. Here I did because I thought you’d be different and superior. Turned out to be the same sh*t.

Yeah, the three youth teamers’ release is an old story, but the news about the Brazilian kids at Levante was not reported by the mainstream outlets, was it?

It was reported by Young Guns. This appears to be a copy of their article, different wording of course.

As well as a great big link to Young Guns to show that’s where the information came from. Jesus.

So you’re ignoring the fact that we had the stories about Vela and Bendtner before anyone else, and Rosell’s comments about Cesc before any other Arsenal news site or UK based publication.

I take your point about the 3 players being released but I think when tied in with the Wellington/Botehlo stories it’s fine to reference it.

Seems a bit much to pick on one thing like that when you haven’t a good word to say about any of the rest of it.

Arse is just trying to cover all the ins-and-outs happening this summer. The “news” feature to Arseblog was not even out when other sites had the news. Seems they are just tossing in old material, yet to be covered here, in with some new juicy bits. Fair play Arse.

If you want new stories you could read the actual blog that has is updated daily with the newest stories. And if we’re lucky we get to hear about Blogs’ sweet hangovers. Keep up the good work Blogs!

This is the only arsenal news site I now read so please continue to post anything factorial regardless of age!

Keep up the good work boys! Don’t listen to the twats – they can stick to the shite on newsnow

I agree. I don’t have time in the day to read all the papers. So I just come here. Keep up the good work, it was news to me.

Arseblog news is fantastic. Enjoying it just as much as the blog!

This has become the only website i check for arsenal news now…thanks arseblog and keep up the great work!!!

How Mark Randall was still an Arsenal player at 21,should be enough to make Wenger go !! The worst Player to put in an Arsenal shirt since David Hillier.

I agree, arseblog is the only blog I go to for decent and reasoned information on the team we all love, but frustrationaly so 🙂

Most blogs jump on the knock arsenal bandwagon whereas you are reasoned and thorough. The only bog worth reading.

we need some good player next season wenger. P/s keep us updated.

So what if part of this story was reported in the press earlier today?! Keep up the good work arseblogger. Loving the new news feed.

Feed me more, feed me good.