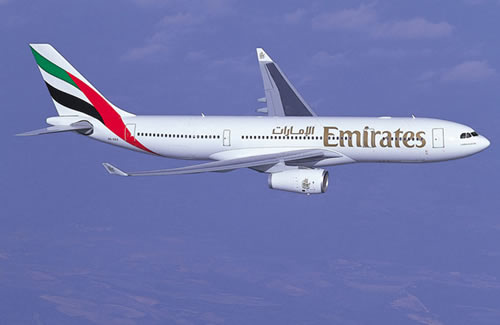 Arsenal have officially announced the squad for the forthcoming Asian Tour.

The players leave on Sunday, ahead of their first game against a Malaysia XI on Wednesday, followed by a match against Chinese side Hangzhou Greentown on Saturday.

The full squad is:

Notable absentees include captain Cesc Fabregas, ruled out with a ‘muscular problem’, the injured duo of Diaby and Eboue, Lukasz Fabianski, Nicklas Bendtner and Manuel Almunia. The omission of Bendtner and Almunia, in particular, might suggest ongoing interest from other clubs. Benfica have been linked with Bendtner over the last week while Almunia is reportedly interesting clubs in Spain and Turkey.

The tour will also give Gunners fans a first look at new signing Carl Jenkinson and provide a chance for highly rated Japanese youngster Ryo Miyachi to impress. However, his participation next season depends more on the issuing of a work permit than his pre-season performances.

Wtf where is Kyle Bartley?! He had a fantastic season, deserves a call up more than anyone. It’s not like we’re overloaded with commanding centre backs either.

Yeah..I was hoping to see how bartley will fair.
Should have took the punt and drop the “oldest more experienced” center back and give him a shot to find out if we do indeed need a center back!

Bartley has told Arsenal he wants to go back to Rangers next season, so that might be having a bearing on things.

Not too bothered about JET or Eastmond, but surprised about Lansbury. Is he being given a break following international duties?

Agreed re the other two, and that makes sense re: Lansbury

It also tells us that there has been next to no interest in Denilson.

I’m surprised that Fabianski isn’t on the list. And no Mick Bednar, the greatest striker that ever lived?

bednar was a surprise. full 6″3 of danish delight. i think arsene is taking it easy doesnt want the asian opponents to get intidimated by the self claimed greatest striker in the world who may join dortsmund…

Fabianski still recovering from injury, I suspect there might well be something happening with Bendtner

Very surprised Lansbury’s not there.

As pointed out above he was away with the England U21s, so is probably on extended holidays

the season has yet to start and already arsenal have 2 injuries. But i am not surprised that arsenal chose his best squad. maybe its an indication from AW to show that this isnt entirely a money making tour and that arsenal will play to full strengths. Or that he wants to see how the team fare against their asian opponents or try some new tactics in friendlies with the strongest squad. but thats just me

Lansbury not there due to extended holiday following England U21 duty

Are the games being shown on tv / arsenal tv?

We’re going to have to pay someone to take Denilson off our hands, aren’t we? 🙁

..with the 1st match of the season just 5 saturdays away…I bet the most reasonable thing to do is to start gettin the full squad playing 2er…#waitingeagerlyforEPL2011/12

Why is Diaby still an Arsenal player is beyond me. He seems to be constantly injured. The pre-season hasn’t started yet and he is already out. I hope the reason he was left out is a transfer but I might be too optimistic.

Nope. Injured, had an ankle operation.

I’ll rather take Diaby than Denilson who is totally ineffective. Diaby still can produce moments! Hahaha double DD is a deadly combination for any time…

The accompanying article states that the imminent signing of Gervinho hasn’t been completed in time for him to be included – first ‘official’ announcement?

Lansbury still on vacation after U21 WC. That’s why.

Ive been waiting my while life to finally witness arsenal live, and to find out the skipper isnt coming. GUTTED. oh well, at least rvp is there. hopefully the players will get fit and wont get crocked, gotta admit the pitch here is pretty bad. coyg. – a gunner all the way from malaysia

While people are complaining on injury-pursued diaby and gibbs, no one seems to comment on the constantly injured FABREGAS. If his injuries and hamstring problems keep on, it might not be the worst thing to sell him this summer.

word! though i really think he´s a great player his injuries hamper the team for a long period now. also arsenalshould take a look at all the other injury-prone players, i can live better with battling youngsters than with superstars on the treatment table

Arsenal
Arsene says he’s doing all he can to keep Cesc Fabregas and Samir Nasri at Arsenal. Which player do you think is more important to the squad?
‎..Cesc is more important but his tots are wit Barca n his injury proneness has increased..best time to let him go I gues…Nasri can go for £23m..he’s not too hard to replace..

The games are also being showed as replays on ESPN about 6:15pm.

Cesc on twitter “i’m sorry to all the fans that i am not on the tour I will make it up to you” could it be that Cesc is staying with us ??

Someone quickly check to see if Barcelona are going on an Asian tour later? 🙂 He seemed to be saying sorry to the Asian fans…oh well at least his twitter account is more active than whoever runs the official website!

To anyone familiar with Miyaichi – is he really good enough to challenge for a first team place yet?

yes indeed, he is good enough for a first team place, but needs some experience.

From what I’ve seen of Miyaichi he would be a squad player at best in my opinion. We would be better off sending him back to Feynoord for another season to get more experience playing regularly. I’m quite surprised Bartley isn’t getting a chance. Hopefully he doesn’t leave for Rangers permanently before he gets his chance at Arsenal.

Feynoord said one of their youngsters missed out because Miyaichi was with them last season so didn’t know if they wanted him back again this season.

Aaaargh who be this impostor with my name. Mark is that you? There can be only one, or two. Maybe three.

Eboue not included saw him back there at the training ground.

Vermaelen? Is he that new signing Wegner’s been drooling over?

[…] The squad for the Asian Tour was announced yesterday and there were no real surprises. Cesc was absent, as expected, Eboue, Diaby and Fabianski didn’t travel because of injury concerns, while only the omissions of Nicklas Bendtner and Manuel Almunia raised eyebrows. […]

Guys, I dunno where the majority are from, but here in munster (Ireland) it is being widely reported that wenger has put in a bid of £18m for Stuart downing, it’s on skysports.com, skysports news, 2fm & beat fm. if this is true then the old man had lost the plot, cos downings not worth €18 let alone £18m!! I pray it’s tabloid speculation.

I really think that Wenger would be making a mistake to let Bendtner go. On the other hand if the player doesn’t want to fight for his place what can you do. For me the problem with Denilson is that he is not a holding player. But not a good enough attacking midfielder to compete at Arsenal. It’s a mental thing. He doesn’t chase back at all cost, like a Makelele or Senna for example. I would like to see one more experienced keeper as cover, loan out Fabianski and play Mannone whenever possible, Carling Cup etc. One more versatile… Read more »

[…] Clichy said sayonara at the tail end of last week so the Asian tour squad going to Malaysia dominated proceedings. It was amazing to see how Wenger and his boys where worshiped […]