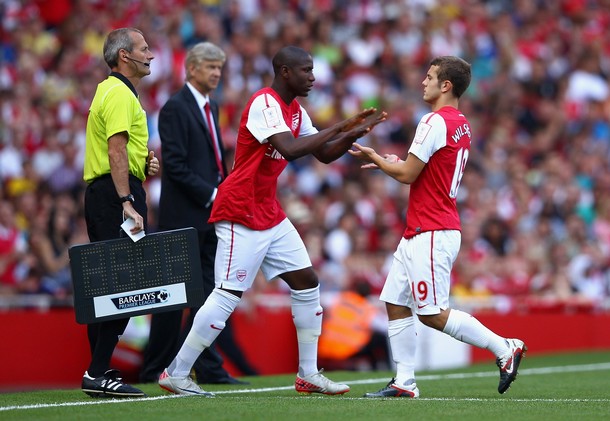 According to the Yorkshire Evening Post, Sheffield Wednesday will attempt to lure Benik Afobe to Hillsborough on an initial one month loan deal as they continue their search for permanent striker cover before the end of the transfer window.

The England under-19 international made his debut for Arsene Wenger’s first team on Sunday during the Emirates Cup match with New York Red Bulls before returning to Reserve team duty on Wednesday where he notched his first goal of the new campaign in a friendly with Woking.

While the Afobe did hint at his desire to challenge for a first team spot it now appears that a return to League One is on the cards; a division he knows well having spent seven months plying his trade for Huddersfield Town last term.

Gary Megson’s Sheffield Wednesday face Rochdale at Hillsborough tomorrow as they look for a quick start to the new season.

According to The Huddersfield Daily Examiner, Afobe has stressed that he is not going to join Sheffield Wednesday stating:

“I’m staying at Arsenal with the first team for now.

“I don’t know where these rumours have come from. There’s only one team in Yorkshire for me, and that’s Huddersfield.”

Hmmmm. Prefer if he at least went to a championship club. No disrespect to the Owls.

Maybe they would like to buy one slightly used Dane with pink boots.

Hmmm, not so sure strikers being trained under Gary Megson is the best thing…

I think this would be a good move for Afobe. It’s temporary, build up fitness and confidence before returning to arsenal. it would be more use than him sitting on the bench for that month.

May I be the first to say:

“OMG this is a disaster. The board are a disgrace. Enough of the PR bs. It’s the end of the world. Everyone boo. We’re never going to win anything ever again. Arsene should be sacked. Bring back Dein … anyone who’s slightly positive is criminally insane…. blah blah blah”. Yawn.

Good on the lad for being wanted again by Sheffield although agree with Theicemancometh re Megson . Peace.

he signed for 1 year on loan not 1 month ….well acording to the sun and other websites

Udinese, Bartley’s off for a bit, Member’s day and there’s some pictures around. « savagegooner

[…] of Benik Afobe, there have been rumours of interest with the likes of Sheffield Wednesday looking at a loan, but from what I’ve heard the chances of him leaving right at the start of the season […]