Arseblog News – the Arsenal news site
Home General Behind the scenes Hill-Wood: There is no chance of bringing in a director of football
Facebook
Twitter
WhatsApp
ReddIt 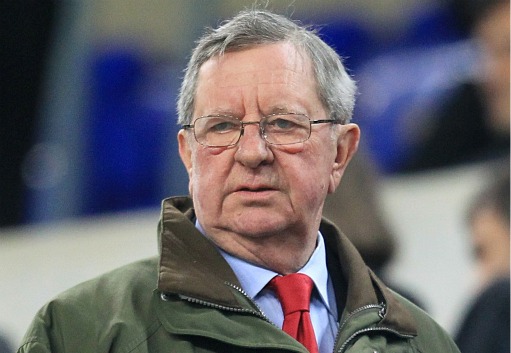 Arsenal chairman Peter Hill-Wood has dismissed suggestions that Arsene Wenger could ease his workload by employing a director of football at the Emirates and claimed that the manager is perfectly happy with his relationship with chief executive Ivan Gazidis.

In recent weeks certain sections of the media, former players and elements of the club’s support have called for Steve Bould to be given responsibility for training the defence, while others have insisted that former vice-chairman David Dein be brought back into the fold to help with transfer dealings and other such gubbins.

Nevertheless, speaking to the Daily Star, Hill-Wood insisted that the Frenchman was more than happy with his current set-up and would not be creating a new role just to pander to people wound up by sensational articles and an over enthusiasm for Football Manager style tinkering.

“Arsene has got a very good relationship with (chief executive) Ivan Gazidis and they get on very well and talk a great deal,” stressed the cigar-smoking septuagenarian.

“There is absolutely no chance of bringing in a director of football. That is a lot of nonsense.”

More chance of Peter actually putting some money into the club rather than take his free tickets, company car and salary to slag off the fans?

I used to like PHW. But the more older he gets, he’s more dimissive of everything and is ridiculously suspicious of any change. Kind of sums up the problem we have at Arsenal really.

I agree, his main job seem to kick the fans when they are down instead of coming out like a person that thinks before talking. Maybe Daily Star is after his head but i agree with the guy that asked, why always this tabloids?

We need a new chief executive, not a new manager or a director of football.

I’m sorry to be off topic and I’ve been away for some times now but I want to know, is Nasri still a cunt?

Get this Bastard out of the Club NOW!

I can see the role of a Director of Football at Arsenal can prove to be a negative and disrupting element that can influence and fuel the board room against a manager. However, I believe clubs ought to make certain managers, coaches, and all members of staff working with people are regularly assessed. Ongoing training and development is a must.

“Show me a man that knows it all, and I show you a man most ignorant”!

To often our Chairperson comes over like a “Bull in a China shop”, even when he has something positive to say!

northerngoon
Reply to  The BearMan

The only Sam is Nelson
Reply to  northerngoon

and, in a sense, he was right, of course.

We could do with a new chairman and manager rather than a director of football.

Why does PHW only seem to talk to the Daily Star?!??!? That’s just fucking weird

Love the “and other such gubbins.” bit.

Backline getting decimated by the days. | Being Arsenal FC Bystander

[…] Chairman has shot down rumours of a director of football. Apparently there were calls for a director to help ease Arsene workload, but what in the world […]

PHW never used to talk to the press, now he just dismisses any fans concerns flippantly.
I want to hear what Kronke has to say, where does he see the club going? If Kronke wants to be silent, then maybe so should the fans. Yesterdays Football Weekly Pod highlighted German and Swiss fans making silent protests at the game. (cue gags about how our fans have been doing this for years)

Hey people, Aren’t you all being a little bit too touchy. Fixing Arsenal’s problems doesn’t start by making a scapegoat of every Arsenal person who dares to speak to the press or of any Arsenal player who fails to play a perfect game. Hill-Wood was replying to a specific question and he said: “Arsene has got a very good relationship with Ivan Gazidis and they get on very well and talk a great deal.” “There is absolutely no chance of bringing in a director of football. That is a lot of nonsense.” He didn’t mention the fans. The accompanying text… Read more »