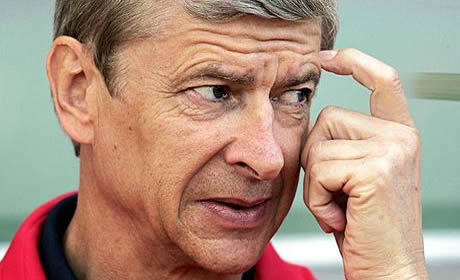 Arsene Wenger believes that a catastrophic combination of personal and collective ineptitude was the reason behind his side’s collapse in the second half against Blackburn Rovers.

Looking good value for their 2-1 half-time lead at Ewood Park, the Frenchman looked on in horror as first Alex Song and then Laurent Koscielny netted own goals past Wojciech Szczesny, while his side’s inability to deal with set pieces also led to Yakubu’s second goal from a corner.

Speaking to Arsenal Player about Saturday’s 4-3 defeat, Wenger made clear that the unfortunate manner in which his side conceded was no excuse:

Handing a Premier League debut to Andre Santos at left-back and with Per Mertesacker making only his third appearance in the red and white shirt, the Arsenal defence had a raw and unfamiliar look about it.

Recognising that his side need more time on the training pitch together, Wenger went on to concede:

“Yes, there’s a little question of time and timing. Santos is new, Mertesacker is new, but they were not especially guilty on goals you know? Maybe as a unit we need more time to work yes.”

Still visibly annoyed at the somewhat belligerent fashion his side continue to throw away games,  Wenger also stressed that reacting positively to the latest defeat will ultimately determine whether the rest of the season is a success.

“I believe that the Blackburn game is very disappointing and frustrating. I must say that the disappointment and frustrations are absolutely huge because we feel that we have given this game away, not lost the game. There is nothing worse in our job than having that feeling.

“Overall I personally want to focus as well on the positives and on the huge potential that is in our team. We had 22 shots on goal and 61 per cent of possession.

“I believe our season depends now on how we respond to a disappointment like that and how quickly we can cut out the mistakes we made on Saturday.”

You don’t know how to count to five? What are you, a Spuds fan?

Wenger showing he is still hip by trying to quote Ludacris (“,)

Here’s an idea – if the new signings need more time, the team needs to work together, time to gel etc, etc, etc, why not put a full strength, or near full strength, side out tonight? Just a thought.

[…] defense would be different to the one against Blackburn, but they should do well to heed Arsene’s advise, and that is to concentrate, communicate, coordinate. If the players here are smart, especially […]

The thing is we are rubbish at defending and attacking corners, you can only draw from that we don’t really practise them as if we did you would expect to see a marked improvement in both.

We as a team play very direct, play the ball on the floor and through the middle of the park… which we must practise alot as funnily enough when we go against similar styles our defence excels i.e against Barcelona.

I wonder if Wenger will realize that saving a few millions in the transfer market is worth all this bullshit? Don’t think we would be in this spot if he had purchased Cahill and done his business earlier in the summer. He can blame Kos and Song but it is his fault. Take the blame Wenger. Learn from your mistakes and fix the problem. If you have money in the transfer kitty, spend it. Build a better team. If Kos is not good enough, replace him. Or put him on the bench until he gains more wisdom thru training and/or… Read more »