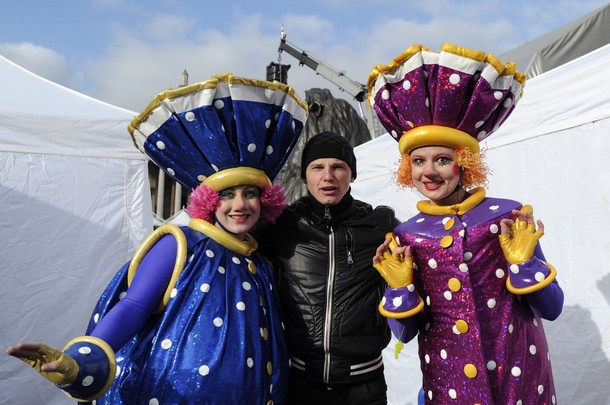 As he closes in on his three year anniversary as an Arsenal player, Andrei Arshavin believes that he has been nothing more than average since moving to North London from hometown club Zenit St Petersburg.

The Russian international was signed amid great fanfare in January 2008 and appeared to settle well in his first few months memorably scoring four times at Anfield. Nevertheless, despite scoring memorable winners against the likes of Liverpool, Barcelona and gaining the full backing of his manager for his efficient performances, the 30-year-old insists that he has failed to hit top form in England.

Speaking to the official matchday programme ahead of this evening’s 0-0 draw with Marseille, Arshavin reflected:

“Speaking honestly, I think my performances have been average. I’ve done some good things, but I don’t assess my game on goals or assists – I look at the whole picture.

“Normally when I’m on the pitch I take control of a game, but I haven’t done that here. I’m an extra tool in the team rather than the main one, so it’s been different.”

Having captured the hearts and minds of the Russian people with his swashbuckling cameo at Euro 2008, Arshavin was handed the national team armband soon after moving to the Emirates. However, rather than spur the midfielder to even greater heights the intense media scrutiny coupled with Russia’s failure to qualify for the World Cup appeared to take their toll.

Relieving the tension of the last two years by securing qualification for next summer’s showpiece European Championships in Ukraine and Poland, the diminutive dynamo now hopes he can turn on the style in his final contracted year at the Emirates.

“Since Russia qualified for Euro 2012 I’ve felt completely relaxed and comfortable, hopefully that will show in my performances, because mentally I feel much better than before.

“International results are very important to me, and it’s vital Russia go to big tournaments – we missed out on the World Cup but have made a big step now.”

Wow. Arshavin. Well now that we know what you think of your performances you ought to turn things around.

Can’t help loving that funky meerkat.
Hope he’ll stun us and get an extension.

I can’t help but like this guy, love his honesty.

All is forgotten if you can score some against Spuds.

First time he’s said anything I agree with. I had written him off as delusional years ago.

forget arshavin’s performances, how awesome is that picture?

I don’t get it! I honestly appreciate Arshavins honesty but if he ain’t played great for 3 yrs, why the hell does everyone love him so much? I have in previous times slated him, bcos his workrate was awful altho in the last yr he has tried alot harder Bcos he knows he’s not of the standard expected! I wudnt b happy to have him for 3 more yrs, still saying he hasn’t performed, ways the point? If Walcott says that, shall we let him off for another 3 yrs? In the euros, I loves him, always bought him on… Read more »

Really like arshavin. Think he’s amazing quality, just want him to agree/settle in the wide position…

I honestly think this is the only guy who has fun on the pitch 100% of the time. His performances may vary but every time he steps out on the pitch he geniunly looks like he just loves the game

Really? He looks like he’s bored/tired half the time to me up until he scores a goal or gets an assist. Don’t get me wrong I still like him and he’s a quality player the frustrating thing about him is that even though he pulls some good numbers he looks to lethargic most of the time. He makes for some fun soundbites and photos though.

I think one of the biggest reasons he has only been average is becaues of where Wenger plays him. If you look at his success at zenit and the russian national team, he plays best as a high attacking central midfielder or the flank man right behind the striker, not as an outside midfielder. If he could be played right behind van persie he could find his form and become the player arsenal needs

Play him next to Park totally awesome

Tell you what Andrey, your bloody brilliant for me on Football Manager