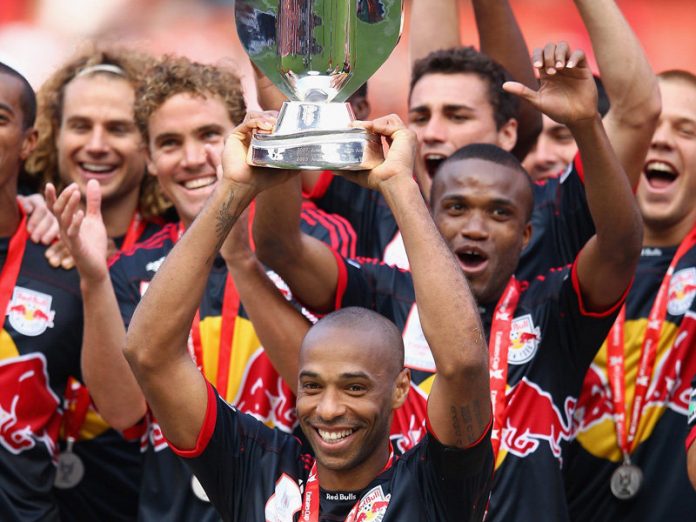 The Emirates Cup, Arsenal’s traditional pre-season curtain-raiser, will not take place next year due to the London 2012 Olympics.

Although the Emirates Stadium has not been selected as one of the six venues to host the Games’ football, the logistics of organising the tournament during the two-week Olympic window have been deemed unworkable.

A statement by Ivan Gazidis underlines the reason for the decision:

“Although we are disappointed that we cannot stage the Emirates Cup in 2012, we completely understand and accept the situation.

“Over 100,000 people have attended the Emirates Cup each year since we introduced the competition in 2007, and this would have only added to the demands on London’s infrastructure during the Olympics. Of course, we would have preferred the Emirates Cup to have been staged in 2012, but we completely respect the situation and like everyone, are fully supportive of, and looking forward to a successful London 2012 Olympic Games.”

It remains to be seen whether Arsenal will take the tournament on the road next year to help fill the financial void, although the club have confirmed that it will return ahead of the 2013/14 season.

“We are already planning ahead to bring three high profile clubs to Emirates Stadium for 2013.

“After the success of our Far East tour in July 2011, we are looking at a number of options. The calendar is complex but we hope to be able to confirm our plans soon.”

Arsene Wenger will no doubt be stocking up on Neurofen as next summer approaches. Many of his squad will likely spend the summer in Ukraine and Poland on international duty at Euro 2012, while others have been pinpointed as possible candidates for their respective Olympic football teams.

Going to the Olympics football final. But would rather the Emirates Cup I think.

I saw Nigeria beat Brazil and then Argentina in1996. It can be great fun and you might see some amazing young talents.

Hopefully non of our young talent though, would rather them not be tired out by getting to the final!

Probably due to the law of only being allowed to have one tournament per summer that no one gives a toss about!

so the far east it is

why not go back for the AJAX thing we used to win before the gallas cup?

India or the States, I would bet.

Oh my god I would LOVE Arsenal to come to India. We have a lot of gooners here and almost all of them are great people.

Ya only Arsenal can fill the Nehru Stadium in New Delhi and Salt Lake Stadium in Kolkata while when India plays no one shows.

Love it if they come to the Home Depot Center down in L.A.

Oh Holy Bergkamp, please let this be true!!
We have tons of Gooners in India who would just jump at the chance to see our boys in the flesh

Come to HK ffs Arsenal. Chelsea, Utd, Liverpool, Fulham, Stoke, Villa and Portsmouth have all come in the past few years but Arsenal would outsell them all and really entertain the crowd.

Arsenal’s whole marketing strategy in Asia and the second world in general needs A COMPLETE overhaul.

Corporate responsibility!!! Oh another reason why I love my Arsenal so much. Not all about the money. I imagine if it was Shitteh or Chelski, they would have gone ahead with their greedy souls ignoring what ever problem would be created for GB.

Thats our best chance of a trophy! 🙂

the only sam is nelson
Reply to  Fed up of Barca

heh this is the thought that first crossed my mind

I do think another tour with this current squad can only do good. They seem to be a proper band of brothers now.

CAGooner
Reply to  Save 75 cents

Rational me: “Understandable.”
Selfish me: “There goes my only chance of going to watch Arsenal live next year.”

Why can’t they just cancel the fucking Olympics instead…..?

We’d have totally won it this time!!! GRRRRRRlypics!

Its a shame but truth be told, the olympic organisers are worried that money would rather be spent on comimg to watch our amazing boys @ our awesome home then on the olympics, UP THE GUNNERS!!!!