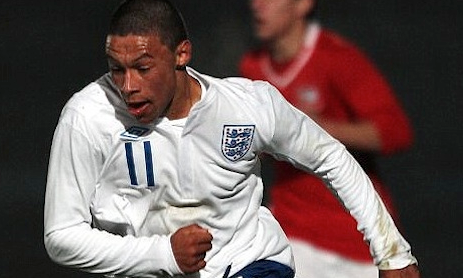 The England national side may not appear to be in the best of states at present with no permanent manager or captain at the helm, but, in the longer term, The FA is attempting to improve the progression of youngsters from the junior ranks into the senior squad.

This comes under the ‘Club England’ initiative, which seeks to develop a coherent philosophy throughout all of the development squads that can then be implemented into the senior side, with the first major step being the proposed opening of the new National Football Centre in Burton which is due for completion in August.

As things stand, Arsenal youngsters are likely to be heavily involved throughout the setup, with Gunners players being called upon from the senior squad right through to the under-16s.

There was some uproar when Alex Oxlade-Chamberlain was left out of Stuart Pearce’s squad to face Holland, with the former Southampton winger being selected for the under-21s instead, but there is still Arsenal representation in the side to face the Dutch in Theo Walcott, although the 22 year old has struggled to match the promise on the international scene that he demonstrated with his hat-trick in Zagreb four years ago.

Joining Oxlade-Chamberlain in the under-21s is Henri Lansbury, who is currently on loan at West Ham, and has steadily worked his way through the international age groups. He will be hoping to avoid being one of those individuals who features prominently at youth level without ever making the step up to the senior side, but much in that regard could depend on his long-term Arsenal future, which is likely to be decided in the summer.

Kieran Gibbs is now ineligible for the under-21s, and, although he has two senior appearances to his name, faces a fight to get back into the squad with another Arsenal product Ashley Cole, as well as Leighton Baines, in his way.

Jack Wilshere, of course, would likely be an automatic starter had his season not been hampered by injury, and the midfielder now faces a race to be fit for Euro 2012, but, in the long term, represents one of England’s brightest hopes having forged an impressive partnership with Scott Parker during his handful of games at the top level under Fabio Capello.

Delving deeper, Nico Yennaris, who made his Premier League debut against Manchester United last month, represented the under-19s last night as they dispatched of Czech Republic, whilst others eligible for that level include Chuks Aneke, currently on loan at Stevenage, and Benik Afobe, who is working his way back to full sharpness following injury.

In the younger age groups there are even more Arsenal youngsters present. The likes of Zak Ansah, Jack Jebb, Chuba Akpom and Jordan Brown are all very highly rated, whilst others, such as Isaac Hayden, Brandon Ormonde-Ottewill, Alex Iwobi and Austin Lipman have also been called up in recent months.

It is too early to tell whether ‘Club England’ will prove to be a success or yet another failed FA initiative but, whatever the outcome, Arsenal youngsters seem more likely to contribute than many other clubs, to the future of the national side at various age groups.

Didn’t Lansbury sign a new contract at the beginning of the season? His future will be at the Arsenal and we need more Ray Parlour’s at the club and Lansbury has what it takes to be that.

I think Henri Lansbury should be given a run in our first team before co ing on to any conclusion. Some say he is not even the first team choice at West ham but he is better than all of them there. I for one think sending him to the cunt Allardyce team was wrong he is fat cunt another fergum supporting guy and by not playing henri lowering his confidence and some other fans in him. Lans is an Arsenal fan and i will like to see him given atleast a continue runout in the league in an Arsenal… Read more »

we need more boozy 40yr old essex boys at the club? =-D
sounds like a plan.

sJ
Reply to  bob's your uncle

Henri would be a REAL LANS 😉

…I should be buried for making such poor jokes.

He did, and I hope he makes it, but a new contract doesn’t necessarily guarantee a future at the club

Yeah, I thought it was generally thought his contract was re-upped because it was expiring and gave the club the opportunity for “one last look” at him. I hear the arguments about him not being an everyday starter, but his work rate and desire are really top notch. His excitement after scoring against spuds last year really sold it for me.

Gets forward well too, does Lansbury, a bit of powerful running into the box that is often missing.

Strange how after ruining the England team for years we’re now helping contribute well to a team that might be able to make it past the group stage without looking like idiots…unless the media were talking out of their arse in the first place, unlikely I know.

Yes we are. Knobhead.

It was a poorly worded comment but I had the same thought when I read the names. Shows how multi-cultural England has become. Nothing but a good thing as far as I’m concerned 🙂

I really hope that The Ox doesn’t go to the Europeans this summer. He is too young and inexperienced to be thrown in at the deep end. And the wear and tear of a tough summer tournament would not be the ideal preparation for the coming season.

Well you can’t argue with that. Quality.

2 for LANS 1 for the Ox. For U21 Great night for young gunners