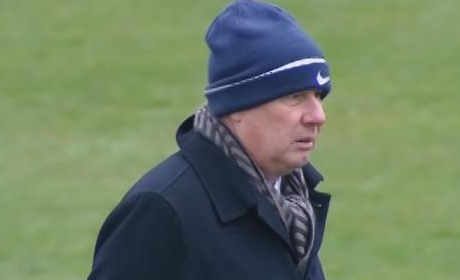 One of the key arguments for detractors of the Arsenal Academy is the perceived preferential treatment of foreign youngsters.

Players signed from abroad tend to become instant selections in the under-18 side upon their arrival, sign professional contracts automatically when they turn 17 and, in many cases, are likely to make their first-team debut in the Carling Cup before their 19th birthday.

Such a theory does have some weight to it, with the likes of Kyle Ebecilio and Elton Monteiro earning professional deals without really standing out for the under-18s, but the latest batch of internally-produced youngsters at the club are striving to be recognised in their own right.

The 2011 intake of scholars comprised seven players, four from abroad and three who graduated from the club’s Hale End system. Of the foreign recruits, Serge Gnabry and Jon Toral have already made their Reserve debuts, whilst Hector Bellerin and Kris Olsson are fixtures in the under-18 team.

The English youngsters are also making strides, however. Centre-back Zach Fagan earned his first Reserve call-up last week, Isaac Hayden has been installed as captain of Steve Bould’s side and Anthony Jeffrey has continued to impress since returning from injury.

It may well be the case that all seven players go on to become professionals at the club, and such a scenario, which also occurred with the 2009 intake, would reflect positively upon the club.

The main bone of contention is that players from abroad are deemed to be favoured, but surely it is more beneficial for the club as a whole if the introduction of a foreign player increases competition within the ranks. The majority of foreign youngsters signed by Arsenal below first-team level in recent years have been of a high quality and if that means that some comparatively less talented domestic youngsters fall by the wayside in the process, then that is a risk worth taking.

In terms of Carling Cup call-ups, many of the players summoned have been internally produced. Just this season, for example, the likes of Nico Yennaris, Chuks Aneke, Daniel Boateng and Jernade Meade have been called into the squad for the first time, and Benik Afobe would surely have joined them at some stage had he not been sidelined.

The reality is, the presence of the foreign youngsters helps to determine the level of the existing players. If they can compete with them then they are likely to be given an opportunity to shine. If they cannot, then a career away from the club is likely to await, but that is by no means a bad thing as it will help the English youngster to find his level more quickly.

In essence, there is no real bias towards foreign youngsters. They simply help to bring the best out of the players already at the club and increase the club’s depths of promising talents.

This is an old English working class disease in this country, when you are not good enough blame the world, but first the blame must go to the refugee and foreigners rather than look at yourself.

Jack was not a foreigner, he was good enough.
Ramsey, Jenks, Theo, Gibbs and Frimmer got into the first team because they were good enough nothing to do with where they were from.

I agree, but that doesn’t mean if you are good enough they will stop you breaking into the team. They are making it, just like most of the English working class ex players working in the media, THEY ARE GOOD ENOUGH JUST THE FOREIGN BOYS STOPPING THEM BREAKING INTO THE FIRST TEAM with their consistent moaning. I Remember Bentley and few ex Arsenal players were saying that they left because they were giving a less chance than the foreign boys into the first team, while in our midfield at the time three world cup winners and a bee that never… Read more »

So, just a working class disease, eh? How about the elite class?

What’s class got to do with it? You undermine your own argument on country of origin when at the same time pigeon-holing class in exactly the same manner?

The likes of theo and ramsey really shouldn’t be compared here, as they were bought from other clubs for big money.

I agree with you but I assure you this is not only an old English working class disease; it seems to affect people everywhere. Here in the States it’s always some Mexican who’s to blame. And it seems to affect people outside the working class, too. ‘Arry seems affected by it in regards to Pavlyuchenko and not so long ago that imbecile who owns AC Milan blamed Italy’s poor showing at the World Cup on the presence of foreign players in their domestic league. If he’s so convinced perhaps he should just give us Pato.

Arry? He is simply have no CLASS at all, working class are superior to him no matter how much money he has. Sad to know he supported us as a kid Glad the spuds had him. Italy blamed the foreign players EVEN on their way to wining the 2006 world cup, we are talking about civilised nations here not the Yanks, Italy, Spain and Eastern Europe who think if someone not one of their race is allowed to be abused and blamed for anything. Have you seen Germany or France to EVER blame the foreign players for their national team… Read more »

Wenger on Hazard and profits, Blackburn reaction, Youngsters news and is Park off? « savagegooner

[…] Righto then, the U-18s beat Ipswich. The result was a bit flattering, but overall the team did well. Here’s the highlights. Finally, an interesting read by Jeorge Bird on whether foreign imports help or hinder home-grown talents. […]

There shouldn’t really be any discussion in my opinion. The club will only make an effort to sing foreign youth players if they’re really talented, whereas taking an english lad into the academy is not really a big risk, if he’s not developing well enough he’ll simple be released. As you need 18 -20 players in every youth team, and they won’t all become professionals, it’s certainly cheaper to fill these spots with good but not breathtakingly talented local youth players. To claim that Arsenal or Wenger are biased or discriminating towards anybody because of their origin is ridiculous. Especially… Read more »

I like to think its part of the process to promote healthy competition and to see if the Academy players have the character to stand out and thrive as “underdogs” relative to the foreign players. How would you feel if we went down at a league game and the english players start to moan about the other team having more experience and other crap? Besides, I’m sure those that run the youth team have the experience and resources to know and bring in a foreign talent to the Arsenal youth program and I’m sure they wouldn’t think twice of axing… Read more »

Good points here chaps. If a bit of competition improves The Arsenal squad of the future you won’t get any complaints from me wether they are English or whatever.

Love the picture of Chippy, he looks like a bewildered old codger looking for his dog down the park in it.

Brady was a massive part of my earlier days watching The arse’ and was a great hero of mine, my eldest son is named after him. A great Arsenal legend.

The really big problem here is identification of first team talent. Players like Messi and Wilshere are the exceptions. Even I could probably tell at age 15 that they’re probably going to go on to have glittering careers. But for the rest of the top flight it’s much more difficult. This is why Arsene bought Theo (aged 15, 9M), Aaron (aged 17, 5M), and Alex (aged 17, 12-15M). That’s right … AOC might cost us as much as 15M in the end. But the point is they’ve proved their worth. They’re all getting better season by season and they’re all… Read more »