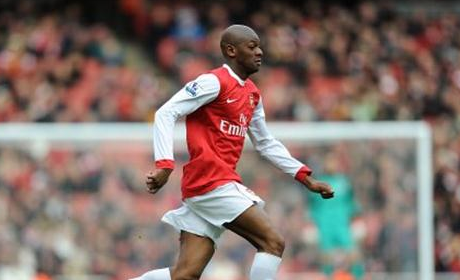 There may be still be around two months of the season remaining for the first-team but, as far as the club’s youngsters are concerned, the end of the campaign is rapidly approaching, with both the Reserves and under-18s having just two games left to play.

The under-18s are still in the hunt for the Premier Academy League title, and currently sit top of their section by four points, although their nearest challengers Southampton do have a game in hand. Arsenal surrendered a two goal lead in their most recent fixture, against Coventry last weekend to eventually draw 2-2. Josh Rees and Kyle Ebecilio had put Steve Bould’s side two goals to the good, but some lapse defending allowed the visitors to snatch a point. Nonetheless Bould declared himself pleased with the performance and remains hopeful that his side can reclaim the title that they last won in 2010, with their final two games coming away to Watford and Birmingham City.

As far as the Reserves are concerned, silverware seems unlikely, with Arsenal now five points behind leaders Aston Villa having played two games more. The second-string saw a run of five successive wins come to an end yesterday as they drew 1-1 away to Liverpool in Kirby. Abou Diaby scored on his return to cancel out a sublime Raheem Sterling strike, with Arsenal dominating the second period without creating too many clear cut opportunities.

Striker Benik Afobe started up front for the first time since recovering from a long term injury and showed some promising signs, striking a post after harrying a Liverpool defender, whilst Nico Yennaris impressed with his tenaciousness in midfield. The Reserves next travel to face Newcastle before hosting Everton at Underhill in their final game of the season.

“As far as the Reserves are concerned, silverware seems unlikely”

I think it’s time banfield got sacked , ANOTHER TROPHYLESS YEAR ? how does he expect to win something if he keeps losing his best player to the First team every year and replaces them with u-18 ? I wouldn’t be suprise if Ozykup and Afobe leave next season and why does he loan our best players

I think it’s time we got some experience in the squad – suggest we bring Van Persie down from the 1st team as he seems to have been doing quite well for them lately.

Exactly. Had enough of the “Banfield Knows Best” brigade.

Maybe if David dean came back our reserves could finally challenge for something..

WAKE UP AND SMELL THE COFFEE ARSENAL FAN!

Love all of these comments. Be proud gentlemen. Also, hate to do it but tenacity.

In Banfield we trust !

I’m starting a march at Underhill. Who’s with me?

As the son of a diehard Saints supporter – am pretty chuffed to see both Arsenal and Southampton teams (both senior and youth sides) doing so well. Happy days.