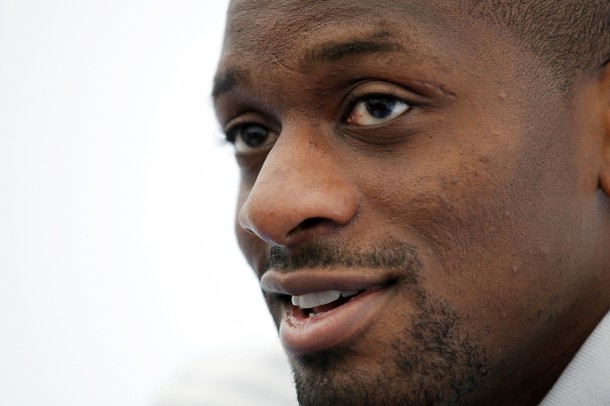 Theo Walcott could still play a part in Arsenal’s season, despite initial concerns that the England international would be out for three weeks with a hamstring problem picked up in the game against Chelsea.

Although the winger will be replaced by Yossi Benayoun in tomorrow’s squad for the match with Stoke, Arsene Wenger believes Walcott has a chance of playing in the final game of the season at West Bromwich Albion; a match which could decide the Gunners’ Champions League fate.

Speaking to Arsenal Player about the state of his squad, the boss confirmed: “Theo is out for Saturday. He has a little chance to catch the last game but not the next two.”

“[Rosicky] is alright. He was sick last weekend. I think he pushed himself very hard to get on the pitch but he has recovered since and should be fit for the game.”

Despite the boss backing Abou Diaby to play a big role in the final weeks, the Frenchman is struggling with illness and faces a late fitness test.

“Diaby will not start,” Wenger told the Arsenal website. “He was sick until yesterday and had a light session. He could be short again but he could be in the squad.”

The boss also touched on the state of long-term absentees Jack Wilshere and Per Mertesacker revealing that the England man “makes slow progress…and doesn’t have a specific focus on the Olympics.”

Speaking about the lanky German, who is recovering from ankle surgery, Wenger concluded: “He is doing well. He is hopeful he will make the Euros and I hope he does. He is doing all his work here and the next two weeks will be vital for him. He has started ball work and he looks quite good.”

I think Diaby will get on in this game. He could make a difference.
I really hope we smash Stoke. They have nothing to play for anyway.

He better had, this is going to be my first Arsenal match (sitting in the home end incidentally…yay) and we’re going to need his drive and physicality late on, unless we’re 2 or 3 goals to the good.

have a good one. It’s better in the flesh.

Cheers, I will. If you hear of two guys laying into an entire stand, that’ll be us.

… apart from that they hate the arsenal

jealousy is such a terrible thing

but they’d only admit that when they’re bored shitless at home to blackburn. against us they’ll pretend they love nothing more than 590 yard throw ins, long balls to the big man, cruching fouls, etc etc

Diaby is too injury prone and I will doubt he will make an impact in the last few games. We need to finish strongly if the Chav team win the CL!

So are Van persie, Walcott and Tommy V…Oh wait.

Chelsea can’t sit back with 10 men against bayern they have kroos and schweinsteiger who can shoot from range, oh and they actually can cross the ball.

oh diaby i wish you had bones made of steel

TAMCK
Reply to  why is my name required

And could spontaneously regenerate from any injury.

…and came from Alberta, Canada.

But seriously what’s up with diaby???, my faith on whether he’l ever come good for us is diminishing by the days. Stoke—-bunch of tough tackling headless chicken, with that said i’d really love a serious whooping in their direction. (though i wouldn’t mind a nice stamp by song on shawcross)

you mean a nice unnoticed stamp by Song on Shawcross right?
Wouldn’t want to be without him for the last two games.

Diaby is probably one of the unluckiest players I’ve ever seen in an Arsenal shirt regarding injury. He must be soo pissed off… almost dead cert for a starting berth and he gets sick…

I’m hoping the window-licking, mouth-breathing simpleton does his ankle in the turf of SC RFC’s poor excuse for a football pitch.
I also hope he can hear me shouting “Boo-urns” at him all the way from the States… Pulis and his orcs should just relocate to Middle Earth and leave football to the adult humans please.

I repeat ab-ouch! Dearby, now do you agree? Or is he skiving games?, or is wenger too cautios, or am i unfair, or am i a cunt???. The ‘ors’ will always be there till we see him get rid of his ‘glass body’—-not leg?, mind you, his entire body!!!.

well… it’s one of those.
You said it.

Ramsey to get the goals…. Lol

i would prefer to play a midfield of Song Coquelin and Rosicky….forward of Captain,Benayoun, Gervino
back four of Gibbs,Vermanator,Koscielny and Sagna.

Because he has a fat cunt, I assume. He has to wear super baggy clothes all the time, and it takes ages to pee.

I still think diaby will play unless he is injured. if u are sick then u are sick why would u be not too sick to sit on the bench and make a 400 mile round trip? i would go for a xmas tree formation

Why the fuck – in a game which they will obviously park the bus to pack the centre – would you intentionally get rid of your own width with that formation? And with regards to the “if u are sick then u are sick”, surely you yourself have been sick? You can be ill for a few days, not being able to train etc, but after the illness you don’t magically lose the lethargy and lack of energy. He’s probably feeling a little wiped out from being sick for the last few days, so might be able to play if… Read more »

i think we should develop some sort of cryogenic, vacuum chamber that we can put diaby in and take him out one day before each match. Its to risky otherwise, this normal world for diaby hahahahaha. but seriously i hope hes fit for our last 3 game run in

Diaby is a complete waste of time. Injured or ill, he is just a wages-wasting white elephant who will never be fit enough to do a job for us.

Massive game for us tomorrow: we must win it. After five points dropped against Wigan and Chelsea we can’t afford to slip up again. After a tough battle, I think that we’ll win it 2-1.

Your opinion is wank. I spit on it.

Agree with you Tamk. Honestly Fatgooner Van Persie’s form this season considering what he’s been through should make any intelligent person have more respect for Diaby.

To win things we need a FIT 25-man squad. Enough is enough, Diaby must go.

It wouldn’t surprise me to see both Gibbs and Santos starting on the left side. And maybe we’ll see an appearance from Chamakh. Look for Ramsey and Benayoun to both be involved, considering they’re our best remaining options.

Who is this Dee-Ah-Bee character mentioned in the article? Does he play for us?

All silliness aside, I don’t see Diaby starting tomorrow. Ramsey will likely play in midfield as we’re bereft of options there with little Jack and Lego Mik out.
My team sheet:
SZCZ, Sagna, Kos, Vermaelen, Gibbs, Song, Ramsey, Rosicky, Benayoun, RVP, Gervinho. Subs: Fabianski, Santos, Diaby, Djourou, Le Coq, Jenkinson, the Ox
Leaves us a little light in the attacking department, so we could see Le Coq or perhaps Jenkinson left off in favor of Chamakh or Park Bench.

Me say, stick Le Coq up those cunts. He’s small but wont get bullied: not that I can say the same for Ramsey.

Needs to be part of the Summer cleanout, have to be responsible and do whats best for Arsenal, the amount of money he has to the amount of games he played and when he played is either sent off, scores an own goal, breaks down injured or does his dead end Diaby dribbling, time to cut the fat.