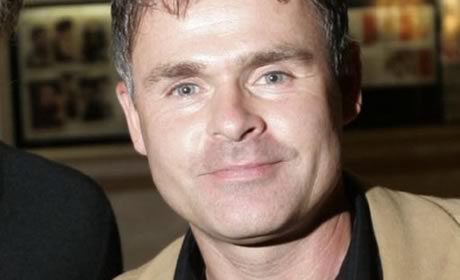 Former Gunner Anders Limpar believes that Alex Oxlade-Chamberlain has what it takes to become a ‘great’ player, citing his attitude as much as his obvious talent.

Speaking to this month’s edition of Arsenal Magazine, the Superest of all Swedes said he thought the youngster could be better than his England teammate Theo Walcott.

“He has the potential to be even better than Theo! He’s very fast and what I like about him is the fact he’s very strong in his head.

“He’s not affected by some things which can influence young players like him. For example, if Arsene Wenger takes him off at half-time, or leaves him on the bench for the whole game after he previously had a perfect match, he keeps his focus and plays with the same form.

“Nothing breaks his confidence. With a strong head like that I think he’s going to be a great player.”

The Ox will be going to Poland and the Ukraine with England, and could compete with Walcott for a place in the side. Limpar is also a fan of the more senior man but also thinks there’s room for improvement.

“Obviously Theo’s speed is a lethal weapon. Nobody can cope with his pace but, at times, I feel he could improve the timing of his passes.

“Sometimes he runs with it when he should play it and vice-versa. Once he improves that part of his game I’m sure he’ll be a better player, score more goals and set up more for his teammates.”

Honestly, the difference between the two of them is that The OX knows how to take on his marker. If Walcott learnt a a trick or two and stop passing backwards he’ll definitely be better.

But his knock-the-ball-and-chase-it tactics work decently too, remember the Walcott turn (fall) in the 5 – 2 Chelsea game?

Otherwise, if he doesn’t get the ball past his marker, doesn’t look that pretty.

are you crazy? ox has skill, tekkers , vision everything walcot lacks.. im a fan of walcot and his stats obviously shows hes a good player but he heas a limit of what he can become unlike the ox but at the moment walcot is more qualified to start above the ox

the only sam is nelson
Reply to  InArrysJeep

Alex Song's already been booked!
Reply to  the only sam is nelson

You’re thinking of Andy Townsend. You were correct about the “cunt” part though, seeing as Andros Townsend plays for Sp*rs.

Dude get the fuck off our blog. Go get a life and stop dropping your dumb ass comments here

we are spoiled in having both

and still people find cause to complain or moan about things

Adma
Reply to  the only sam is nelson

yeah, heaven forbid we should moan after 5 years of not competing for a trophy (rolls eyes)

the only sam is nelson
Reply to  Adma

Boo! adma is a silly troll who doesn’t really understand football or the attendant frustrations of watching the team you love get beaten to the punch by other teams (or “cunts” as I like to put it). maybe one day he’ll learn, or perhaps he’ll be condemned to be reincarnated as a fulham fan. or an everton fan. or a sunderland fan. or worse still, a stoke fan. etc etc and so on

Sam, imagine if Adma was here when we went through the 18 years of not winning a trophy, I bet his head would finally fall out of his arse

I remember when we lost to the likes of Bristol city, west brom, everton and the Spuds in the same season, all at home and when finishing in the top 10 seemed more joyous than our 3rd place finish this year! Thanks for bringing back those painful memories CRF! 🙂

Some people love to moan so much, they wouldn’t know happiness if it hit them in the face!

The difference between Alex and theo is that they’re almost incomparable as players, theo’s role this season has been underappreciated, especially considering the inconsistency on the left side

Both lethal to be honest. Ox actually looks more all-rounded than Walcott, but Walcott’s got his amazing pace and stride, but needs to work on decision-making so much more.

I feel like I read from somewhere a former GB sprinter mention Walcott has really good form. Otherwise, he also clocked 11.52 seconds for a 100m sprint before the age of 19, and another article says he has done 10.8 for 100m as well.

But honestly, no team can feel relaxed playing high-up with Theo on the pitch, unless he’s double-teamed (happens a lot).

You are right, double marking him is how must opponents mark him out.

What I think is pretty funny, other than the fact that comparing Theo and Ox is one of the more tedious and boring arguments at this point, is that i think Theo is the key to the Ox doing better than he did and learning from the tough things he had to learn. They are both Gunners and quality young men so I want both to uber pown

I like it when an ex player lauds a current player.

Laud away I say.

Yes I agree with you, I hope Viera is currently taking note

Why doesn’t Arsenal Magazine publish the interviews where former players talk about me? Silvestre, Cygan, and Senderos all gave me glowing reviews and praised my mental strength.

I cannot understand you cynical Gooners. Just because Theo can’t do those fancy skills that AOC does, doesn’t make him any less valuable to the team. I hope he signs a new 5 year deal tbh.

The Ox seems to have a better all round skill development. Wallcot is a speed demon but limited in some areas

The ox is a terific player with great potential.Theo is a great player with some potential yet to fulfil.Okay the ox is better technically but Theo is pretty much unstoppable once he gets past his mans his man. How is this bad for AFC?

To be quite honest, the fact that the ox is probably going to be be a better player than theo is irrelevant. For example, could you even possibly start to fathom the odds of arsene starting theo at cm against milan? Hellls no. But theo is still coming on in leaps and bounds (pun), and I think we are starting to see some end product from the lad. More next season please! They can play together for sure…

Or just imagine a front lineup of theo, ryo, and the ox at some point…

Theo, Ryo, and the Ox sounds like a sitcom I’d watch.

Bendtner already plays for us.

[…] all be in agreement with – and he seems genuinely excited about the future of the former, saying: He has the potential to be even better than Theo! He’s very fast and what I like about him is […]

[…] all be in agreement with – and he seems genuinely excited about the future of the former, saying: He has the potential to be even better than Theo! He’s very fast and what I like about him is […]