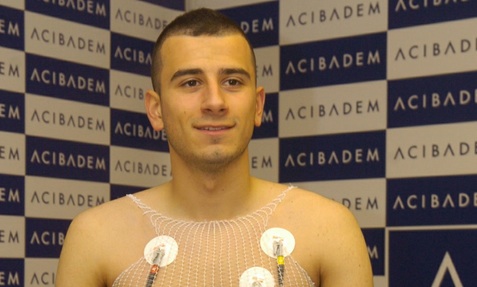 Oguzhan Ozyakup is a step closer to a permanent move to Besiktas after the Turkish giants confirmed the Arsenal youngster has completed a medical.

The 19-year-old, who recently switched his international allegiance to Turkey despite captaining Holland to the final of the under-17 European Championships in 2009, made two substitute appearances for the Gunners in the Carling Cup last term and had been seen as a bright prospect for the future.

Recognising that first team football at the Emirates is unlikely to be forthcoming anytime soon, the Reserve regular has obviously set his heart on furthering his career in pastures new. It is believed that Arsenal are only asking for a nominal fee (approx. €750,000) from Beskitas and the inclusion of a sell-on clause around the 20 per cent mark.

Arseblog News wishes ‘Ozzie’ the best of luck, and breathes a sigh of relief at not having to spell his name ever again.

Good luck to him…

I was always more of a fan of this Ozzy anyway…
http://m.youtube.com/index?desktop_uri=%2F&gl=US#/watch?v=xtqy4DTHGqg

Good luck to him. I’ve never seen him play so I cannot formulate an opinion on him. He needs to play so it’s understandable.

He’s a youngster who wants to play first team football. I think he could’ve been a great player at Arsenal but his impatience ruled out a stay. Same as switching his allegiances internationally. He has some supreme talent ahead of him in Netherlands squad but in Turkey not so much. Good luck to him and I hope we get a good price.

nice nipple tassles! Although his nipples are very high. He’s just gone to be a nightclub dancer, hasn’t he?
Obviously disappointed he hasn’t made it as a footballer.

But seriously, good luck to him. Just not against us, if it ever happens.

Hell no grieving souls around?. Okay, ozy was driven away due to lack of first team chances and nothing else. Constant sniffs at first team squad and never actually landing a place has to be irritating to say the least. Besiktas isn’t anyones dream but atleast first team chances are a guarantee. Good for him, bad for our youth project.

Thats all well and good Vick – but be objective, who would he replace and would you hand on heart be content if Ozzy was promoted to the first team nstead of the required signings everyone in rabid about (myself included), it’s a damned if they do, damned if they don’t situation.
I don’t deny he is a promising talent but if he was absolutely good enough to take a first team berth, he would be in it no question.

He’s one of the most talented players we have in the reserves. I’m pretty shocked that we’re selling him. I reckon we should have loaned him instead, because he’s definitely going to turn into a top midfielder. I hope we inserted some sort of buy-back clause into his contract.

As far as I know, he refused to go out on loan and therefore this was the only solution. The sell-on clause should cover some damage if he turns to be good.

hes about as turkish as they sound, and besiktas are massive in turkey so fair enough to him. must have had a look at what colin kazim kazim (formally richards) did and fancied a slice himself.

hahahaha i don’t think many people understood the joke

A shame. From all I’ve read here and around the internets about him, it seemed he could’ve been a future pick for first team, if he could’ve stuck it out. What I don’t get is the selling price. Seems rather low, doesn’t it?

Not really. This price (and the sell-on clause) suggests that this is more like an extended loan than a “We’re forgetting about you forever”. Different players mature at different rates. For every Jack Wilshire who is obviously the real deal aged 16, there are players who don’t really reach their level until mid-20s or whatever. Wenger’s obviously decided that Ozzy is best not lounging around playing back-up back-up for his best development years, but playing real football in an environment that encourages him to actually play and keep developing. Who knows, we might be all like “Shit, we should buy… Read more »

So let me see if I understand – Fans complain that Arsenal’s youth policy isn’t working and want Arsenal to free up wages to pay our better players but then essentially get upset when youth players, the manager and coaches deem not good enough, are sold. Is that about right?

If Arsene thinks you’re good enough then you play (see Fabregas, Henderson, Jenkinson, Coquelin, Miquel, etc… as examples). He has a lot of loyalty and patience with his players but hasn’t really got it wrong so far on the whole releasing youth players.

With wenger there’s nothing like good enough to make the first team. Wenger picks his xi regardless of what or who we think is better.
Example…..oxlade.
We all know he’s way better than walcott but he seldom gets the nod, ramsey too.
I think with wenger it’s a matter of
Player development not who’s better than the other.
I hope this transfer never comes to bite us in the ass. Good luck ozzy.

Ox is NOT better than Walcott, period. Please stop watching Ox make two “dazzling” runs in 60 minutes and base all your hype around that.

He was a shining talent in the reserves but was probably a little old for the step up. Gnabry is the one to look out for now.

Extremely average player who never stood a chance at Arsenal. Won’t be missed or heard of again.

average? really? I’ve seen him only a couple of times so can’t comment much but he definitely impressed with his passing & vision. Tad bit disappointed that he wasn’t loaned first.

He himself didn’t want to be loaned out, that was his decision.