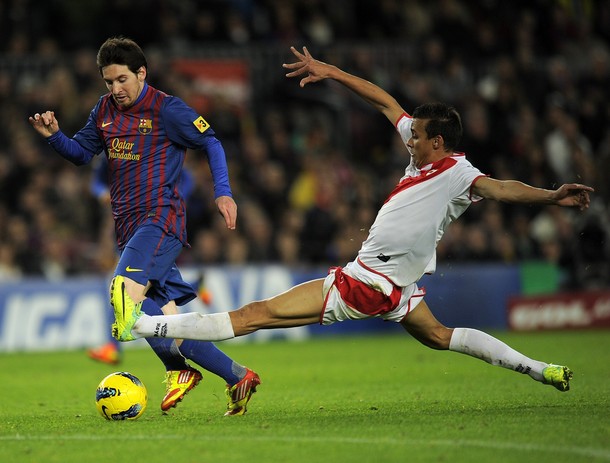 Pedro Botelho has left Arsenal after a distinguished four-year career which saw him represent the club on precisely zero occasions.

The Brazilian left-back, who signed for the Gunners in January 2008, has returned to his homeland signing permanently for second tier side Atletico Paranaense.

After stints with Salamanca, Celta Vigo, Cartagena, Rayo Vallecano and Levante it looks as though Arsene Wenger has given up on trying to secure the youngster a work permit.

Speaking about his move, Botelho told his new club: “It was time to return to Brazilian football. I am still very young and I want to know more about Brazilian football, where I played little. It will be a great opportunity to play for a club like Atletico Paranaense.”

Arsenal are set to receive a nominal fee. Supporters are urged to stay calm in light of this potentially pivotal bit of summer business.

I will always remember Bootellehio… I mean Botelho.

Only know his name from FM, good luck to him anyway.

Seems like everyone is leaving Arsenal. Arsene Wenger must be one of the very few who hates the summer time.

I was hoping that this would be a report about us giving Andre Santos a new contract; I just love seeing pictures of that gay!

Yeah, that mans pictures make me very happy too…….

First RVP and now him?! what a waste !

this obviously what RVP was referring to with his press release. He must’ve known this was coming….

Unfortunate to see some of the poor attitudes here. Even more so, when the website condones it.

What? If he’s not going to make it then it’s good to see him move on to somewhere he can hopefully settle in and have a good career.

That’s better for him as well as us.

It does make you wonder is the likes of Wellington, Campbell and Gallindo will ever make it.

I have high hopes of Campbell, but Gallindo and Wellington? Probably not.

I have hope for high hope for Campbell, and a good amount of hope for wellington. I think Wellington has talent. Galindo, I’m not so sure, by the way it seems he’s already one foot out the door, as he is on trial somewhere…

I’m sure not many have watched him. I HAVE!

He sure has quality.

Someday u gonna eat ya words.. It will indeed be a pivotal move! He’ll make it big!

So much quality that he couldn’t play enough to secure a work permit?

That’s it! I’m done with this shit!
Usmanov IN!
Sack Wagner!

Oh no! We’re giving away our Brazillians? I read somewhere that the crappiness of a club is inversely proportional to the amount of Brazillian players in it. It’s called the Inverse Queer Rule and it’s sad that Wenger isn’t taking it seriously.

It’s a sad state of affairs when this guy’s career is more distinguished than Nasri’s, Cole’s, Fabregas’ and Van Persie’s combined.

Peter
Reply to  Cygan in Japan

Yes, not even Lionel Messi could hold a candle to Botelho’s dazzling skills and Herculean feats on the football pitch.

Really a legend. Saw his clips on youtube and I must say he’s a real legend of the red and white. Too bad he left for money……
Shit!!!, I think i’m talking about another guy now.

I am the great Cornholio.

TP for my bunghole?

kiss my arsenal
Reply to  Wingers

are you threatening me?!

I think our brazilian santos is somehow hulks (the brazilian) brother from another mother.

From Arsenal potential to second tier Brazil. This man is moving up in the world

Well, he is higher than most of us.

If only he’d have successfully tackled Messi in the picture.
It could have all been so different…..

We shall miss him dearly, he is a true arsenal legend, I remember when I first watched him in the arsenal shirt… (wait thats not right) i meant the first time he kicked the ball for us… (that’s not right either) erm, just who the fuck is this guy

Its unfortunate that this guy never had a break through to the first team,,,galindo is now headin for a trial,hnpe benik afobe dosnt become the next victim…

Afobe is decent…ish, but this is Arsenal, not QPR, so he won’t make it.

Afobe doesn’t need a work permit, so can play for the club if he is deemed good enough (it looks promising at this stage).
Botelho and Galindo both went on loan to play enough games in europe to secure a work permit. Neither played enough games and so couldn’t get the wp’s and now we are cutting our losses and getting them off the wage bill.

I know he never played for us, but I’m still surprised about the lack of coverage regarding this transfer. After Clichy left some were suggesting that maybe Botelho come back ahead of Gibbs and Traore in the pecking order. Shame he couldn’t get a work permit, never had a chance.

So Ozyakup was also dead wood???. Get your facts straight mate.

Dead wood is maybe too strong a word as he MAY have been useful but he was a reserve player that Arsene clearly felt wasn’t good enough for first team football with Arsenal and so was sold.
Wenger sees these players up close almost everyday or gets reports from his coaches, while we only have glimpses here and there.

Oh well, he leaves Arsenal to play for a second division side in Brazil…. I don’t think we’ll miss him too much. Good luck to him and his learning Brazilian football.

calm down gooners.there’s a small mistake here.he is still an arsenal playa..
this will be his another loan spell…
read it here
http://gossip.ladyarse.com/2012/07/arsenal-defender-returns-to-brazil/

I don’t quite understand the ‘work permit’ statement.

He’s been on loan in Spain since 2007. Surely that should qualify him under Spain’s EU rules which I always thought was three years’ residency.

Time for AFC to stop buying young players who would not get an immediate work permit.

Looking at Wellington’s last two seasons! They were an absolute waste of time. The lads development was hindered and AFC is the major contribution factor. A disaster!

‘Summertime / And the leaving is easy / Players jumping (ship)/And the bullshit is high / Oh, Shitty’s Daddy’s rich / and his salary’s good looking / But hush little gooners / don’t you cry / one of these mornings / You’re gonna rise up whingeing

from first team football in la liga to brazilian second divisionin brazil WTF !!!!! maybe he miss his family and decide he doesnt want to play in europe anymore

End of a great era…..only word for this guy- respect…