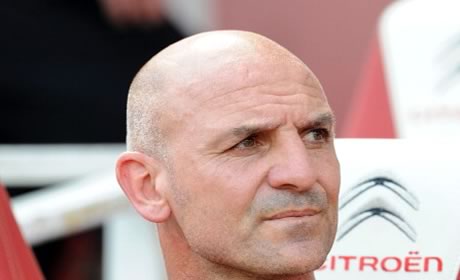 Crewe Alexandra are hoping to sign two unnamed Arsenal youngsters on loan before their match with Tranmere this weekend.

Local media report that Crewe boss, Steve Davis, spoke to Steve Bould about the possibility of bringing in a couple of Arsenal’s academy players, but efforts fell short.

Although the transfer window for purchasing players has closed, it is still possible to loan players to lower division clubs, and Crewe look set to try again, although they do have some concerns about being able to meet the wages.

“I know Steve from when I was at Stoke as a 16-year-old,.” said Davis. “I made contact with him on deadline day and tried to do something then, but couldn’t quite pull it off.

“However, negotiations are ongoing. Arsenal’s players are grounded very much like ours in terms of the way they play. They would fit in nicely with what we do.

“They are on big money there and that is always a problem. We are hopeful it will happen, but if it doesn’t, we’ll look elsewhere.”

With plenty of young talent at the club who could benefit from loan spells elsewhere, it’s likely there’ll be a number of loan deals organised in the coming weeks.

And also my cat refused to eat this morning.

Is this story worth a spin?

Well run club Crewe, had a pretty solid start in League One this season.
The rumour mill tells me* Hajrovic or Aneke will be the players they are after

*It tells me nothing, I make it up like any other hack journo

Steve doesn’t want any of his Crew joining the other Steves Crew. There only a small time Crew, and our Crew may need the youngsters to go to war with the Crews that come to our turf, especially with these new European Crews coming here and starting beef at the Barnet Underhill.

Nameless players? Must be experiments direct from Wenger’s cloning facility in sub-basement 17.

I think it’s test subject TX1876490cQ9 and a 10 foot long radioactive cockroach referred to by the lab techs as Der Kaiser.

That’s what they get for sending Powell to ManU

Where are you Big Black Clock? Looking forward to more of your insightful comments.

Eisfeld, Miquel, Aneke, Henderson, Eastmond seem likely to go on loan. Frankly it should be henderson and eisfeld, henderson could do with regular games as he’s going to be 21+ next year and eisfeld because he needs bulking up

gooner from bangladesh
Reply to  adi

Hands off Eisfield yo! He stays with US!

No mate they dont want squids as crew members

but why not me im so young and pretty

The comments here are as lame as the story itself 🙂

Did everyone miss the part where he said “They are on big money there”?

Was he referring to the fact that they are in a higher league OR that we overpay our youngsters? …………………..A more recent problem

Hmm so you are Jo Chin. Gooners are more familiar with one known as No Chin.

Nice to see Bouldy getting involved in “transfers”. Next Arsenal Manager?

Jurgen Klopp, please. But hopefully not for a while yet.