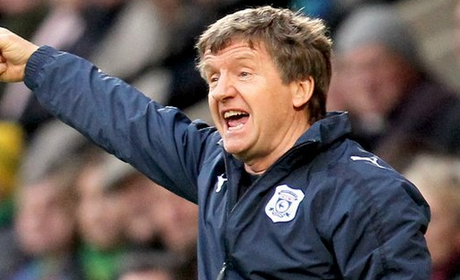 Arsenal’s youngsters learnt the hard way this week as they sampled European football with their trip to Greece to take on Olympiacos in the NextGen Series.

Having comfortably dispatched of Marseille at Underhill in their opening game, Terry Burton’s side were looking to prove their credentials by emerging with at least a point from the Georgios Karaiskakis Stadium, which will also play home to Arsenal’s first-team in the Champions League in December.

The NextGen Series is as close as you could possibly get to replicating Europe’s premier club competition at youth level and, by suffering a 2-0 defeat on Wednesday, a blow which was compounded by the sending off of Hector Bellerin late on, Arsenal’s young talents experienced a feeling that would have been familiar to many of their first-team contemporaries, who have suffered defeats in the same arena over the past few seasons.

The Gunners were lacking the swashbuckling panache that was in abundance against Marseille, with the absences of highly creative midfielders Kristoffer Olsson and Jon Toral keenly felt. Arsenal struggled to generate much rhythm in their play, although, in truth, neither side could really look back on the opening period with much fondness, save for an inventive run from Serge Gnabry, which culminated in the German winger shooting just wide.

Two late goals did for Arsenal, though, even if there was a suspicion of offside about the first. In between the two goals, Bellerin, who had already received a yellow card early on, was dismissed after catching an opponent just outside the Arsenal box. The Spaniard will miss the next group stage game, also against Olympiacos, early next month.

Meanwhile, with the Captial One Cup fixture against Coventry City now less than a fortnight away, a clutch of young professionals will be looking to stake their respective claims for involvement in the first-team setup, with a prime opportunity to showcase their talents being Monday’s U21 Premier League fixture against Norwich City at Underhill.

Arsene Wenger is unlikely to be in attendance given that his side face Montpellier away a day later, but the Frenchman will doubtless receive detailed reports of the performances of those on show. Some players, though, seem almost certain of inclusion against the League One side regardless of whether their form fluctuates over the next fortnight.

Gnabry, having been named on the club’s A-List when the Champions League squad was submitted, is highly likely to receive a run-out, whilst Ignasi Miquel, Conor Henderson, Nico Yennaris and Thomas Eisfeld all seem certainties to make the squad. There could be a few less familiar names on the bench, with first-year scholar Chuba Akpom hoping to edge out Sanchez Watt for inclusion and the promising foreign trio of Bellerin, Toral and Olsson all seeking their first competitive appearances for the senior side.

After the olympiakos game various match reports arised making it quite clear that we needed to play more like a team. I’m not surprised by this as if you combine the players’ young age and their indivudual eagerness to impress you’ll see that one player will try and be just a notch higher than his colleague resulting in a one man show and this is never the arsenal way.

Slightly dissappointing, despite it being youngsters in an away game i would of thought they’d do better. Theres still more games to come and i hope we can do better

Come On You Young Gooners!

Let’s not write them off. It’s a learning experience, you need to lose in order to know how it feels. Hopefully they won’t want a Repeat of this so will continue to train hard and improve.

What do you think about Man City’s youth investment Jeorge?

I was very impressed when I first read about their plans. Pjssed off that they were spending money on sk etching which could improve drastically, but impressed nevertheless.

i like the idea of all players (all teams and ages) training together at one site. just worried a little the players of nowadays might actually spoil the youngsters rather than help hem 🙂
anyway it is man city so at the end of the day – who cares? COYG

Jeorge didn’t reply so it’s clear he doesn’t give two shits about mancity’s youth project. So don’t concern yourself too much.

Sorry for the late reply, just saw the comment now. I think what they’re doing is quite interesting, especially the fact that all of the youth teams will be training in the same complex as the first-team as that could help create a more collective feel amongst the club.

I think its the under 21s and the fringe 1st teamers that are more likely to get involved against coventry rather than the next gen and under 18s. whilst one or two like gnabry and eisfeld might make the bench i dont see the.likes of bellerin olsson toral ebicilio getting a look in this time round. obviously it all depends on who plays over the next 8/9 days for the first team. but with the likes of szcesney fabianski martinez djourou squillaci koscielny santos hajrovic eastmond coquelin henderson ramsey arshavin walcott chamakh watt not havin played much at all this… Read more »