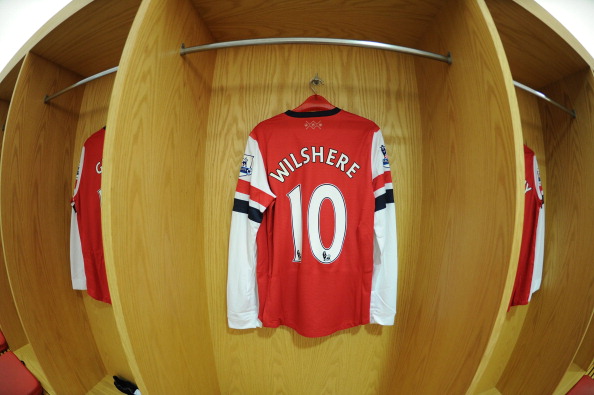 Thomas Vermaelen has hailed Jack Wilshere’s return to first team action as a huge boost to the Arsenal squad’s collective confidence and revealed he firmly believes the 20-year-old can become one of the world’s best midfielders.

Wilshere, who is being tipped in the tabloids to score or assist every goal for the Gunners on the way to an unprecedented quadruple success, was impressively sprightly in his first Premier League game since May 2011, a fact not lost on the Belgian captain.

“He’s an amazing player,” Vermaelen told Arsenal.com after the match. “I think he can be one of the best midfielders in the world because what he did in his first year was great.”

“And you could see he looked sharp. In midfield he was a lot on the ball and he can only get better in the following games and he can grow. What I’ve seen today is really positive.

“Everyone knows how good he can be and everyone wants him back for the England team as well but don’t forget I’ve been out for eight months and he has been out for 14 or 15 so that’s double.

“I know how hard it will be. But what I saw today was positive and we have to be easy with him. It’s going to be a long way to get up to the biggest level.”

Meanwhile Arsene Wenger has told Roy Hodgson that Wilshere should not feature for the national team until next year, stressing that England have nothing to gain from picking the 20-year-old for next month’s meaningless interlull friendly with Sweden.

“It is a friendly. Jack should skip that,” Wenger is quoted as saying by Sporting Life.

“What is important now is that he gets back to full fitness for this team. Once he is back he will play for England again, but if it is a friendly….

“I will have a little word [with Hodgson], of course. Anyway, Roy will call me about him.

“I am an understanding manager. If it is a friendly, a full game would be too much at the moment. I will speak about it with Roy, but what is important now is that he gets back to his level.”

Arseblog News trust that Arsene’s ‘word’ with Hodgson will actual be a 35 minute stream of consciousness phone rant which starts with ‘Fuck’ and ends in ‘Off.’

Excuse me god. Can…can a truck driven by santos run over stuart pearce?. Can it?

Yes it can and as a bonus i’ll include john terry too.

I still don’t understand Pearce stubbornness. Wilshere already played for the A. How can he even think about bringing him back to the Under 21’s ? Might as well bring the Ox back. What a loony

The idiot has actually said he wants to bring the Ox back as well as Wilshere.
http://www.express.co.uk/posts/view/353003/Stuart-Pearce-wants-Jack-Wilshere
What a cunt, must be related to John Terry somehow.

When you think Pearce stupidty knows a limit, you suddenly get unpleasent surprise and you see it has no limits. Then they ask what is wrong with English football at international level!!!!.

“Oh, hi Arsene. I’m thinking of playing Jack in both the under 21s and the main team for the upcoming game. Obviously he’ll play a full 120 minutes in both. Also, Theo’s in goal and Carl’s assigned as Wooney’s bodyguard. Just Fyi.”

can we just let him be to play a few games?maybe even,like, a season?how is anyone to grow in any meaningful way in the retarding glare of todays 24hrmedia wankathon?

Hodgson will most likely heed Arsene’s advice, Stuart Pearce on the other hand…

*gets hit on the head by Arsene with a sledgehammer*

Such a great guy this stuart pearce, infact i’d like to pat him on the head repeatedly…….with a sledge-hammer that is!.

I will never forget that home game against barcelona, not just for the amazing result and atmosphere that night. In a midfield with Xavi, Iniesta, Song and Fabregas, he stood out and bossed the game. On the same pitch as lionel goddam goals goals galore messi, he out shone the lot of them. For god’s sake after over a year out injured he comes back and in his first game he makes man of the match in the 60 minutes he was on the pitch. This guy is a world beater. He won’t just match the best, he will exceed… Read more »

As much as jack loves to play, would like to think even he himself would say to hodgson and pierce that he’s not ready to be called up yet