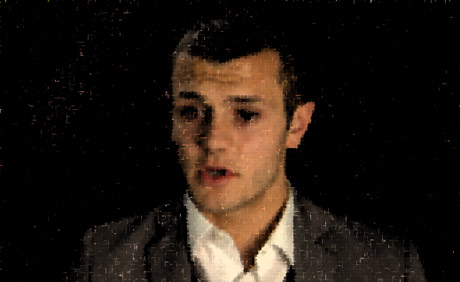 Jack Wilshere’s inclusion in the England squad for next week’s friendly against has got Arsene Wenger worrying, and he’s not the only one. The player himself says that perhaps it’s a bit too early in his comeback to be drafted into the national team, but he’s determined to take the positives from it.

Speaking to the BBC, he said, “Maybe it is a bit too soon, I’ve only played three games since I came back, but it’s great for my head and confidence and to know I’m in the new manager’s plans.

“Last time I played for England, Fabio Capello was the manager. Now there’s a new man, new staff, so I don’t know what the thinking is, with new tactics, would I fit in, so to know now that he’s looking at me as part of the team is good for me.

“It’s a new chapter in my footballing career.”

Wenger made public his concern yesterday but said he had reached a compromise and understanding with Roy Hodgson which should see caution exercised over how Wilshere is used in the game.

And speaking about his bread and butter at Arsenal, Wilshere is looking forward to the competition for midfield places bringing out the best of him and the other players.

“I think you can see that there’s great competition now throughout midfield,” he said. “That’s what players need – if you’re guaranteed a place every week maybe you can just go easy, but with the competition we have at Arsenal in midfield I think it’s good for everybody.

“Looking at the partnerships we’ve got Abou Diaby and Mikel Arteta as well. I had never played with Mikel Arteta and he’s been at Arsenal a year, and I’m excited about playing with all of them.

“I think you can see already that we’re gelling. A couple of months ago none of the new boys even knew each other or the rest of the squad, but I think good players just fit in.

“For example with Santi Cazorla, you can tell he’s just a natural footballer so he fits right in. The manager has proved in the past that he signs talented players and this is the case again.”

Dont think this call up will do him any harm. I like Roy Hodgson and think he is a good, sensible and practical man with the players interests at heart, the opposite of Cunt Pearce

Exactly. That Wenger was able to reach an agreement with him speaks to Hodgson’s sensibility. Other shit managers just say- “Oh I can call up whoever I want and it’s not up to him.”

I think Arsene still wants Jack to get more playing time anyway especially with the suspension, so he can keep getting even better.

Jack you will go there and boss the midfield, you will come back hopefully injury free and more confident but one thing will not change…..the internationals will remain pointless and a kick up every other club football fans’ arse!.

Jack, please be careful out there. DENCH!!!