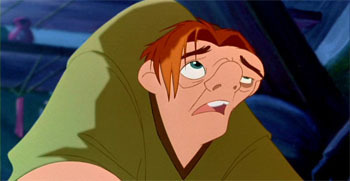 Arsenal have been boosted by the news that Frank Ribery has been ruled out of Wednesday’s Champions League game at the Allianz Arena.

The Bayern winger suffered an ankle injury – probably while tripping over himself to score – and his absence will blunt the Munich attack a little bit, which is good news for the Gunners porous defence.

The Germans are already without Bastian Schweinsteiger and Jerome Boateng who are suspended after picking up a yellow card in the first leg, but with a 3-1 lead, and the visitors needing to score at least three goals to go through, they should have enough strength in depth to cope.

Arsenal are set to announce their travelling party with Bacary Sagna expected to miss out while Nacho Monreal remains cup-tied having already appeared in the competition for Malaga.

Well, Robben will get a start so

So if we can avoid that usual early defensive foul up and then score…..who knows.

Bayern are a hundred percent certain they’ll massacre us and they aren’t used to conceding goals, so if we can get two in the first 15 minutes, they’ll collapse in a heap from the shock and have to be stretchered off weeping uncontrollably. That said, they did concede at the weekend against little Fortuna or all people. Just how we can score in the early minutes it’s hard to imagine given the way we’ve laboured for much of the season, and how we’ll defend without any fullbacks only god knows unless there’s a chance Gibbs could be fit? Perhaps we… Read more »

Very selfless of you. Hope it works. Thanks!

You are assuming giroud will decide to have some sense. People are blinded by the fact that he runs around, @ best he’s a backup. What this team needs is a prolific scorer. And pls don’t give d first season excuse.

We had one once……….his name was Robin somebody

Looks like we’re now on course for our famous 3-0 win in Munich.

Make that 4-0. Chamakh to be recalled from West Ham just in time to score a hat-trick and earn himself in Gooners’ hearts forever.

Back to his old job at the Munich airport perimeter for Ribery then. Those birds aren’t going to scare themselves away.

Feed them up with hope, so the slaughter will become more tasty.

they still have robben or shaqiri to play at LW, while there might be a slight drop in quality, it wont be that big a difference, not with the way we defend. :/

Robben’s a doubt due to injury supposedly

how can i keep calm? I'm a gunner
Reply to  Podolski Sklep

the picture made me shit myself with laughter

thats not good.. i hope you have some spare pants on you!

Micko
Reply to  not that handsome french bloke

Chris
Reply to  50 Shades of Gandalf the Grey

Some websites reporting that Robben is nursing a calf strain as well. Are the omens working in our favour? Fingers crossed! Let’s do the ‘blitzkrieg’ on them.

Thats pic of ‘ribery’ just made my day! Hahahaha

It was so kind of ‘blogs to get his good side.

I personally would have hunted down a picture that would take the piss out of the ugly freak.

Lol this post shows exactly how dire we are right now. Revelling in a player being ruled out.

Add Arjen robben there aswell I hear the bald ex chelsea cunt is struggling with a calf problem. There strength in depth is frightening though with luis gustavo or xeridan shakhiri ready to step in if need be.

Arsenal strength in depth when poldi is out = gervinho. That’s the difference between this two clubs right now.

It’s a bit of team news, for fucks sake. Nobody’s reveling in anything, apart from you because it gives you another excuse to have a moan.

not that handsome french bloke
Reply to  arseblog

i think this is whats known as “owned”

Team news to get our hopes up nonetheless. Never seen olympiakos, schalke ones. Legitimate moan about gervinho and our difference in quality though.

Could that possibly be – and I realise this might be crazy – because we aren’t playing against those clubs this week?

I am with you. Your subs are always seen as a measure of true squad depth. And the thought of playing that germ who cost us two trophies in one season is just ridiculous to say the least. He may as well be blamed for effectively disqualify us from three tournaments.
I remember two summers back when venger contemplated on signing Mata and opted for this dush, and look who payed the costly price?

I’m not a great fan of Gervinho but I think it’s a bit of a stretch to blame him for costing us two trophies in one season. How do you work that out?

I blamed him for missing a sitter per game for two cup games. And those two games I am reffering are the Bradford and the blackburn games. We have problems at the back but we all know that we make up for it by scoring and on the day we relied on this player.

Easy really.
Missing a sitter vs bradford…….and oh missing another sitter vs blackburn. Only gerv can do this, only gerv!

Yes, I stand corrected. He’s the only player in the team to have missed chances.

The club ( I should say Venger) splash cash on forward players more often. It is just the way we are set up. And you would think these players bail you out when you are feeling the heat at the back. I may be harsh on him but how difficult is it to score a goal from where he had the ball. The rest of the squad members are struggling clearly. But they do make up on some games and I give rambo the benefit of the doubt.

No, you should say ‘Wenger’.

Suppose he was the fault of the goals against aswell

But you will find that the frequent misses are usually by players of far less quality than the munich, united, front men.

Jack also missed pretty much a sitter that game vs blackburn as well.

or bradford one of those b games

Quick! go to the best player at arsenal and find a missed opportunity. Thus rendering my arguement invalid….pftt btw jacks’ was never a sitter. You know what Im trying to say anyway stop embarassing yourself. Gerv, giroud this are your guyz.

It’s quite embarrassing that you’re blaming our cup exits on 1 missed chance per game.. You’re going on the fact that every shot on goal/ one on one has to result in a goal.

^^^I said *frequent It’s up there ffs. Blogs yeah you’re infact right. It’s ‘guys’ not guyz. As in you guys are under them rose tinted glasses where giroud and gervinho are good enough for the arsenal. Pointless trying to reason with you lot really. Frrred out.

“FRRRED is a cunt” – please change your name to something else.

You may not agree with his opinions but he has a right to them as much as anyone else, and there’s no need for personal abuse.

I will thumb Frrred down, after I make a coffee!
Reply to  Frrred

Would this nickname be acceptable?

If that’s the best you can come up with, I can live with it, but I think by using his name in your own you’re suggesting he’s far more important than he actually is.

No offence, Frrred, but you’re no more or less important than anyone else.

Holy crap I missed most of this yesterday 🙂 lmao

Even at the height of our powers we revelled in good opposition players being out of a forthcoming match.

If Ribery ever joins mancity with the likes of tevez and lescott in there. They’ll make the 1st day of trainning look like 28 days later…..

Have we announced our team yet?

A Yank
Reply to  Micko

If you put him/them in orange shirts, that might actually be a decent team… so long as nobody has to take a PK.

Whoever plays for Bayern, as far as lousy Ramsy plays, Arsenal looses…big time.

I see you took the E from Ramsey and gave it to lose. Generous.

Loving your spelling! Almost as logically sound as your comment!

Fucking hell guys, why all the bashing of our players. The world and their mother know gervino is not good enough, but what’s the point of constantly going on about it, and he isn’t to blame on us going out of competitions, the squad depth is. He shouldn’t really be in the team, but there we are. What really gets me is people saying giroud isn’t good enough. For fucks sake, he’s in his first season and is having a bit of a dry patch, So what, give the guy a break. Tell me one player that scores in every… Read more »

Being in his first season is a weak excuse. The aim here is not for him to be the highest goal scorer, the aim is for him to stop running like an ostrich, be a little selfish and fucking put some half chances away. Mark my words, first 10mins we’ll get a chance and he’ll miss it somehow.

Mark my words. Within the first 10 minutes, you will begin moaning and you will never stop till we Giroud shuts you up with a couple goals… I sure hope he does. He is atleast capable of that.

haha…i see blogs is getting into the spirit of the bayern game.by being a grammar nazi!

Maybe Gervinho is one of those players that plays better when it ain’t cold.

I notice he is shit when it’s gloves-weather.

Or some variation with those six. We know they’re all technically good enough to switch positions and cover each other

Has anyone forgotten Milan last year? Beaten 4-0 at home and we scored 3 at the San siro! We can do it and if Wenger gets the correct team selection for once then we can surely do it. Play WILSHERE and Arteta in front of back 4 instead of ramsey and then cazorla, poldi, Walcott and giroud as attacking 4! Let’s go all out attack, got nothing to lose!!! WE CAN BEAT ZE GERMANS!!!! COME ON ARSENAL

Looks like YOU have forgotten what happen last year! We lost away and won at home.

A Yank
Reply to  GoonerforlifeFOZ

I think you watched the CL in Bizarro World last season.

We lost 4-0 at the San Siro. Almost turned it around at the Emirates.

GoonerforlifeFOZ
Reply to  A Yank

Cheers for that, I completely got it the wrong way round but even so we are still capable of scoring 3 goals is what I was getting at. It’s highly unlikely but so was Chelsea beating Munich in there own backyard in the final last year. Fingers crossed

3-0 win and we’ll be through. I wouldn’t put any money on it, but we are capable of doing it. The fat lady isn’t singing just yet, she maybe going through her dou-ra-me’s, but we aren’t out yet. Common you mighty reds!

The 3 part I can imagine maybe………….its the 0 part that I’m struggling with