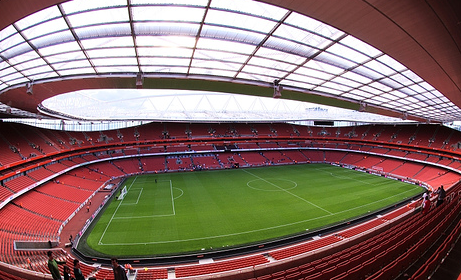 Player development is always considered the primary objective over results at second-string level, but Arsenal’s U21s can nonetheless be very proud of their recent form. Having beaten Southampton 2-0 last week to secure their first win in the Elite Group at the sixth attempt, they proceeded to draw 1-1 with West Ham in a closely-fought contest at Upton Park prior to a dramatic late victory against Manchester United at Underhill, with Hector Bellerin’s fierce strike securing a 2-1 win to leave the young Gunners in prime form with the latter stages of the NextGen Series in immediate proximity.

The victory against United deserves to be reflected on in greater detail, however, as the young Gunners demonstrated their resilient side to persevere in a game of few chances. They fell behind to a well-struck effort from Charni Ekangamene, but levelled from the spot through the soon-to-depart Conor Henderson after Bellerin was adjudged to have been fouled in the area. With both sides struggling to create clear-cut chances with any sort of regularity thereafter, Steve Gatting’s side were thankful that the Spaniard opted to try his luck and fire an unstoppable effort into the back of the net.

Bellerin’s compatriot Ignasi Miquel was also impressive against United, making several impressive interceptions and driving forward when the opportunity presented itself, although, having now played at second-string level for almost four years, the centre-back is clearly in need of a loan spell to take his development to the next level. The loan window remains open for the next two days for lower league clubs, meaning that several players, including Thomas Eisfeld, who didn’t have much of an impact against United, could be sent out for further experience.

Those who do remain will be forgiven for feeling a tinge of excitement ahead of their NextGen Series Quarter-Final tie with CSKA Moscow on Monday evening. The chance to play at Emirates Stadium in what is sure to be  a larger crowd than many of the players are used to is a plus-point in itself, but the tie was provided with an extra edge yesterday when the Semi-Final draw for the competition dictated that, should the Gunners be successful in defeating CSKA Moscow, they will then face London rivals Chelsea in the last four in Lake Como, Italy.

They will certainly not be allowed to get ahead of themselves, though, as CSKA Moscow will probably provide a far sterner test than many are expecting. They shone in the group stages of the competition, playing plenty of free-flowing football of their own, meaning that the stage is all set for what should be an entertaining affair in North London on Monday in a game which will provide some supporters who don’t usually attend youth matches to witness the progress being made by the club’s development squads.

Striker Chuba Akpom should be fit to feature despite picking up an injury which ruled him out of contention for England U19s this week, but midfielder Jon Toral is not expected back until May at the earliest as he continues to receive treatment on a recurrent problem.

Interlull? What interlull?
The Arsenal is playing on monday night baby!

Where’s Conor Henderson going to again? It’s not a loan either if I remember right… what a shame, seems to have a lot of potential.

I don’t think anything is official about where he’s moving to, it’s just that it’s official that he will move as he wants to begin playing senior football and that spot is a bit congested at Arsenal. Also, while what little I have seen makes me think he’s a really good British midfielder, but he seems more like an attacking midfielder (I could be wrong), which we have an abundance of – even at youth level – with the likes of Eisfeld, Ebecilio, Toral etc who have had shining moments, while injury has hampered first squad opportunities for Henderson and… Read more »

I thought he was from Northern Ireland?

has anyone thought about the fact that man u could clinch the title at the emirates this season? Friend said it to me the other day and got me thinking, could be a nightmare watching RVP lift it in our own back yard…

A consecutive game-winning goal from a Spanish full-back, this time Bellerin! Awesome stuff. Where can I watch these games? I don’t know the link for these things.