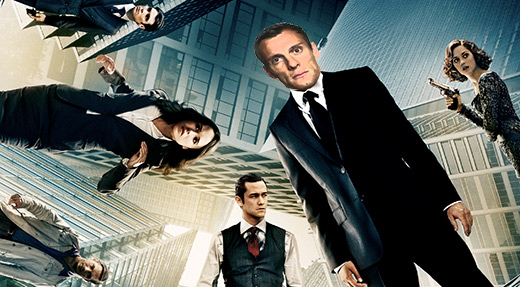 Arseblog News can exclusively reveal that Arsenal are planning a summer cull of ‘inside sources’ at the Emirates following a raft of articles featuring quotes from shady individuals who may or may not exist.

The measure, which is understood to have received the full backing of Ivan Gazidis, will see a two-pronged taskforce attempt to cleanse the club of suspicious staff at all levels while also targeting the minds and meddlesome theories of individuals in the media.

Taskforce 1886, led by Dick Law, will see all paid members of staff undertake a series of complex psycho-analytical tests to deem whether they are fit to remain on the books. It has been suggested that part of the procedure will include the monitoring of an individual’s heartbeat while they look at a series of pictures of Stuart Robson looking flustered wearing only a range of merino wool sweaters.

It is expected that up to 65% of employees could be sacrificed with the remaining 35%, including all first team squad members, sent on a rehabilitative team-building course led by Bob Wilson.

Taskforce 2004, led by Ken Friar, is thought to be a far more ambitious project centering on the implementation of technology first seen in the movie Inception. The underlying aim is to ‘extract’ the thoughts of journalists who don’t have actual ‘inside sources’ but instead rely on their imagination to come up with stories. Fleet street hacks will be targeted first although it is believed Friar would in time like to target all media sources listed on news aggregators and then everyone #ITK on Twitter.

The gadgetry needed to successfully burrow into the cognitive senses has been funded almost exclusively by £150 million ‘warchest’  which supporters had hoped would be spent on various high-profile summer signings. Arsene Wenger’s salary will remain untouched although all other playing and coaching staff will have to donate 20% of their future earnings to help fund future expansion of the project.

Sebastien Squillaci is understood to be playing the Leonardo di Caprio role, while Andrei Arshavin and Marouane Chamakh have been drafted in to fulfil the parts played by Tom Hardy and Joseph Gordon-Levitt in Christopher Nolan’s hit 2010 blockbuster. Arsenal Ladies newly crowned Women’s PFA Player of the Year, Kim Little, has been approached about playing the love interest.

Should the Gunners prove they can nip ‘lazy journalism’ in the bud it is thought several other clubs will follow their lead. Manchester City, Chelsea and Paris Saint Germain are all thought to be keeping a close eye on developments with their respective owners eager to bend the technology to reprogram the minds of new supporters purchased on the black market.

Reflecting on the drastic plans, one nervous inside source, who we believe has only a few days left in the job, told Arseblog News:

“Gazidis has always been a great fan of Machiavelli’s famous work ‘The Prince’ but it’s only since reading Simon Sebag Montefiore’s biographies of Stalin that he’s decided that a full-on cleansing of staff should take place at the Emirates.

“He also watched Inception on the way back from one of his monthly holidays and thinks it could work really well. In time he hopes people will call him Ivan the Terrible.”

Arseblog News is naturally a little nervous about the plans we’ve EXCLUSIVELY revealed, but can’t help but think that the end to ridiculous non-stories is probably worth all the effort…no matter how ethically and morally dubious.

Click her to cancel reply
Reply to  Telepathic pass

Watever u smoking I will ve double the doose. I’m having a shity week seems I got get on board with u arseblog.

the fuck did I just read?

you must go deeper

That’s what she said

I have a dirty joke here.

Johnny was having a bath with bubbles………..bubble was a man.

Way to kill the mood, Telepathic.

The Jackall
Reply to  Babatunde

I thought bubbles was Michael Jackson’s monkey. With the ‘i’m forever blowing bubbles’ song as their ode to each other. nO?!

Hey Master Bates. Are you the under 16 that wrote into the f365 mailbox?

Thanks arseblog! Nice to have a laugh whilst doing my revision haha

For me, the other way round.

I was having a laugh until I read this revision!

I’m certain I wouldn’t be nearly as devoted a supporter if I wasn’t for Arseblog. You never fail to cheer me up blogs! (Or hound). I pity the other clubs who don’t have nearly as intellectual, witty and honest blog as this, and have to suffice with rampant bollocks from Goal.com or the now firmly tabloid garbage from Phil McNulty on the BBC page!

I wanted to say that for a while.

I KNEW that Gazidis was up to something suspicious.

Okay that was just some fucked up shit right there. So……what to talk about……well theres stories about van persie coming in our dressing rooms and swapping shirts with theo…….giving us some pointers and telling the boys how well they played. Maybe Van Persie is a genuinely nice guy that wants to see us do well. If the story is true i can appreciate that as long as it benefits us. Its not often your opponents tell you where your going right or wrong. Whatever your view on him is. Im pretty much over it now. Hes got what we wanted,… Read more »

That’s like your ex girlfriends new boyfriend trying to be all matey with you, in the smug knowledge he’s slipping her some sausage. The only way to deal with that situation is to fuck her one last time then pretend you’re not interested…………if I have a point, which I’m not sure i do, it’s that we need to win something and rub Robins nose in it. My money’s on The Emirates cup!!

I think that kindof happened, in the sense that Arsenal are the ex, Manure the new bf and presumably fucking her means having Van Persie play for us. So when he made that terrific assist on the Theo goal, it was like fucking Van Persie again – which to my recollection, I have never done.

Smile for the cameras! Ever heard of that? Yep that’s pretty much what rvp was doing. Hugging fergie, malicous tackle on mert, to walk into the arsenal dressing room is just out of arrogance. “hey y’all, I won the league!!! In your faces!, how y’all doin by the way”. He didn’t celebrate but don’t let that kid you he didn’t for a second want to remove his shirt and run to the away end fans. Robin is more proud now, I don’t blame him. Seems he made a good personal choice and all the booing, abuse will only get us… Read more »

If he wanted us to do well he would have stayed not join the opposition…..He’s just rubbing it in

I had genuinely put “THIS COMMENT HAS BEEN CENSORED BY THE ENGLISH FOOTBALL ASSOCIATION” before that for a shit joke, but it didn’t come up when I posted it.

The Ox, The Ram, Willy and Wally

I guess all of this was revealed by an inside source.

This piece confused me. Then I woke up. But I was still reading it.

Thankfully, I woke up properly. BUT THAT WAS A DREAM TOO!

blimey it must be quiet arsehound but that is very funny !

what a shit blog.

then stop fucking reading it

More believable than us actually making a signing?

you got me at the photoshop of the squid.

While they are at it, i suggest that they also use time-travel technology to transport the players back in time to the era of the invincibles to give them a clue of the real Arsenal

and here I was getting all excited. heh! blogs you got me again…

Just heard that the Invincible squad is reforming and playing a match to celebrate the ten year anniversary in 2014. Arsene Wenger suggested they play the present squad in a series of warm up matches. Vieira said they wanted tougher opposition and offered to play 38 Premier league games instead next season. The war chest has been blown open. he he he.

Machiavelli’s famous work ‘The Prince’..I’d still prefer Art of War by him. Hopefully next season we’d get to see our team having open bus celebrations..

Art of War was written by Sun Tzu almost 2000 years earlier. I’ve read it multiple times and know it very well. They should put that one as mandatory read this summer. Maybe they’d learn something from it.

It was all very believable until your guy reported Women’s PFA Player of the Year Kim Little agreed to play Squids love interest. Come on man. She wouldn’t be interested.

hey this should come in the summer!
mad rambling pointless = football offseason 🙂

Is Squillaci still an Arsenal player?

I don’t get it

That could be due to many things a) Not having a sense of humour.
b) being stupid
Or c) Expecting an article about our transfer targets based on the title “Dream summer for Arsenal” and venging the writer for the dissapointment he caused you with dissapproving comments.

what kinda article is this? wtf

nice to hear such things. But we all know nothing is going to happen.

Of subject watched semi hummels is a class defender

I watched him too. For his age? He is really impressive. For his price? i don’t think so
Besides he isn’t better than kocielny.

Dream summer: quiet nights cuddled under the stars with adebeyor