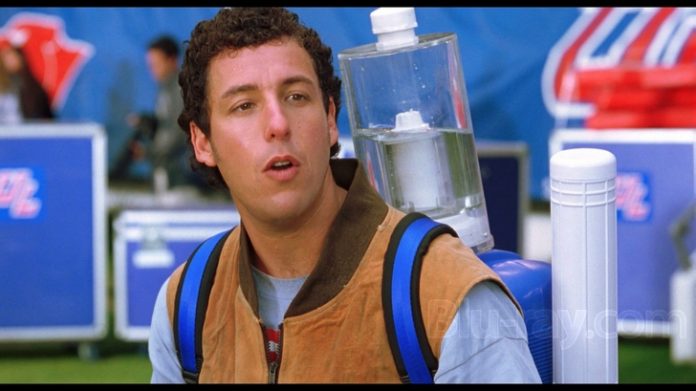 Arsenal may have a new British core but a new commercial deal means they’ll be powered by American juice*.

After ending a long-term relationship with British sports drink supplier Lucozade the Gunners have signed a three-year agreement with Pepsi-owned Gatorade with whom they plan to take over the world…one glucose molecule at a time.

The deal, which marks a continued trend on the part of the marketing team to bring in more lucrative partnerships, will see the Gunners’ first team, under-21 and under-18 teams ‘use Gatorade before, during and after all training sessions and matches.’

It sounds more like a threat than a treat and whether the players are allowed anything other than Gatorade remains to be seen. One suspects it might ruin a celebratory mojito.

Powered by an intense sugar rush Vinai Venkatesham, Arsenal’s director of global partnerships and business strategy, motor-mouthed about the deal:

“We are delighted to welcome Gatorade to our growing family of partners; a truly international brand and the leaders in their field.

“As we further build our support in international territories, we know that we can help connect Gatorade with fans around the world.

“As a company they offer us products and knowledge honed by decades of research, and we are looking forward to working together with our own sports medicine experts to offer all of our players the best sports nutrition products and support.”

Arseblog News is also looking for a liquid sponsor and asks all good rum suppliers (we’re looking at you Mikael Silvestre) to get in touch with our marketing department.

You know that famous picture we/Arseblog have of Cazorla? put it right next to this one of Sandler… match.

I must buy Gatorade… Can’t be messing about with non arsenal endorsed electrolyte replacement liquids..
Is it nice on cornflakes…?

No, but it gets mildew right out of your grouting with minimal effort.

“As a company they offer us products and knowledge honed by decades of research.”

Translation: “As a company they offer us products and knowledge honed by chucking 5 tablespoons of sugar into some drain water with some of mum’s blue food colouring, and 3 of Theo’s tears.”

So Theo isn’t really in Germany having surgery? He’s in the US crying over burnt copies of his books?

I live in America and have never had Lucozade. But friends tell me that it is shite. As long as Gatorade give us more money, I’m fine with it. I would love to see 4-5 more BIG secondary sponsorship deals. In 2007 Arsenal were level with United but in the past 6 years they have blown us away on and off the field. It is time for us to start making up all that lost ground. (United fans should be delighted about their massive new sponsorships, Moyes will need as much money as he can get to fix the current… Read more »

How very dare you.

manchester side was never good… except for rooney and van persie and perhaps a couple of good defenders, then never had any special players… it was always a side with decent players and the managerial capabilities of fergusson… wenger has a style of growing and developing players, but fergusson didn’t work like that… he had a decent group of players and he instilled a lot of confidence and killer instinct into them to make them win. last season they had like 28 goals from set pieces in the league, they used to defend well and relied on rooney’s and van… Read more »

Well, you can tell your friends to SHUT UP!

Everytime I see footballers take sports drinks, I always cringe. The detriment it must be doing to their teeth. Its not a good idea to force these young guns into drinking decay causing drinks every match and training session.

It’s ok, most of our players last night are still on their first set of teeth.

The only Olivier is Giroud
Reply to  Ryo Fan

The Genius of it is now we can get some Arsenalised brand of tothpaste involved as well… I can imagine Mikel brushing his teeth on the bench with AW giving him a subtle thumbs up as he signs his chequebook to sign Lewandowski for 50 mil.

Ryo Fan
Reply to  The only Olivier is Giroud

That really is genius! I retract my doubts at Arsene’s genius. Just as he proved me wrong by buy Ozil. He has once again, proven that he is a grandmaster, always two steps ahead.

Yacine
Reply to  The only Olivier is Giroud

I want to see Mik promoting hair products. You know I’d buy it, too. It CLEARLY works.

What about the ladies team?

are we rich now?

The real question is, how much money will they get from it? Seeing as we have allegedly signed Puma and the new Emirates deal, our commercial revenue is going to rocket next year. Exciting times it seems.

much like the difference between the massive corporations nike and puma, changing from luco to gator -ades should really only be cosmetic and no better or worse than the previous option, unless if gatorade is made with bull semen.

Is gatorade made with bull semen? because if it is *shakes fist*… i’l have one and only one pint maybe more.

lucozade and ribena were purchased by a chinese firm which may not be interested in sponsoring soccer, at least for the time being.

Ok so it’s gatorade or anything else in a gatorade bottle, im sure AW is more than concerned at something that might give the players a sugar rush and then a big down later on in a match.

Will just mean only gatorade bottles will be brought onto the pitch for the cameras. Let’s hope that’s more money for AW to spend.

When does the deal start? Next season

“Sp*rs are delighted to announce a partnership with drinks brand HATERADE.”

Sorry. Seize the moment and all that.

“As a company they offer us products and knowledge honed by decades of research, and we are looking forward to working together with our own sports medicine experts to offer all of our players the best sports nutrition products and support.” I sure hope Harry is right, that they simply use gatorade bottles on the pitch, and that the players aren’t drinking this garbage, because to describe gatorade as one of the best sports nutrition products is akin to describing Squillaci as one of the worlds best defenders! Anyone that knows what such “sports drinks” contain wouldn’t consume them, never… Read more »

I think we should fill the gatorade bottles with rum.

And that my friends is why we discuss footy rather than play it…
..wonder how it tastes with rum though.

Maybe they can make TGSTEL drink it out of the COC when we win it…Gatorade PR dudes, you can have that one for free

Electrolytes are what plants crave..

Dr Baptiste
Reply to  The Rod

You’re thinking of water…. and the sun

@Blogs …rum and milk will be ok!

Disgruntled shopper here. In the summer i went into the club shop to get a dog toy for my Basset Hound Dudley Dumbbells only to be told that Armoury doesn’t stock any. So now you’ve secured this great deal for American piss water Ivan, can you get on with the real business in hand, and get the Chinese to make some chewable Gunnersaurus’.

So all our players are going to take up baseball?

So long as it’s not like Michael Jackson’s ‘Jesus Juice’ the boy should be alright.

The fool of a Took

Sooo… the players are not allowed to drink water now? Very silly indeed.

Lets get Poldi to remake John Barnes famous ‘after 90 mins on the pitch…’ advert. That would be funny.

“Isotonic means it gets to your thirst.. fast”

Actually, it just means it’s got salt in it.

Surely it should now be re-branded as ArseAid…

Windozil
Reply to  The Fonz

I read that when Arsene Wenger started at Arsenal he found that the players were drinking cold water and made them change it to room temperature water.

Obviously someone who keeps a keen eye on what his players ingest wouldn’t tolerate them drinking sugary rubbish like Gatorade. I’m guessing that they’ll have Gatorade bottles with (lukewarm) water in.

But Brawndo’s got what plants grave, it’s got electrolytes.

There ya have it, a totally unposed and natural photo with our new sponsor!

Great photo. Do you think Flapihandski wears his goalkeeper gloves on the sunbed?

The best part of that Sylvester link? They show a picture of him at Arsenal scoring against Tottenham.

He played 250 games for United, basically 10 times more games than for Arsenal.

Yet the picture chosen is him scoring against Sp*rs, wearing our kit.

Not sure why, but I find that rather amusing.

I wonder if Arsene’s bosses realise what shit goes into Gatorade…. I reckon they’ll need a lot bigger squad as most of them will be in for treatment….a truly appaling product…..just do a quick google

In school here in America, we had a Gatorade sponsorship. they gave us bottles and tanks full of the stuff but we usually filled the reusable bottles with water too. It’s all for show. As long as it looks like they’re drinking the stuff, then great.