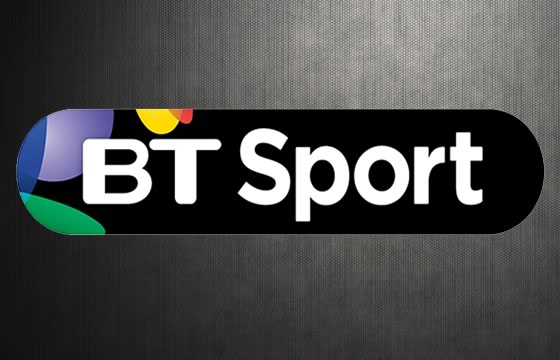 The press release people have been onto us trumpeting a ‘partnership’ arrangement between Arsenal and BT Sport. We’re struggling to make complete sense of it, to be honest.

BT Sport has today announced it has become an official partner of Arsenal Football Club.

The new partnership enables the Barclays Premier League broadcaster to promote its extensive offering of live football through Arsenal’s digital channels in the UK and Ireland.

In addition, the agreement will give the broadcaster access to Arsenal’s first team players and manager to create unique and exclusive content to support and enhance BT Sport’s Barclays Premier League coverage.

Arsenal and BT have a long-standing relationship, and earlier this year Arsenal midfielder Alex Oxlade-Chamberlain was one of the key athletes featured in the national launch campaign of BT Sport.

That was followed by some marketing style quotes from marketing people, and ain’t nobody got time for that.

We’ve sought some clarification about what exactly that means. What content is going to be available and how isn’t really clear. Players do interviews for Sky before live games, so perhaps something like that. Or friendlies.

Or maybe a game show starring Mesut Ozil called ‘Eyes on the prize’.

Either way, we just hope that Michael Owen isn’t involved. Or Mark Halsey. Because that wouldn’t be a partnership.

It’d be some twats in a place they don’t belong.

Was wondering how come Sp*rs get to have a different shirt sponsor for the EL games while we always don “Fly Emirates” gear? Since we renegotiated the deal last year, couldn’t we have told them to pay hefty for CL appearance or we go to a different sponsor for cup/CL/EL games?

what makes you think we haven’t asked that and that the airline is indeed paying for those rights too?

Because only clubs that are not consistently in Europe’s top tier would see the benefit of dividing the deals.

If Arsenal divided the deals, finishing outside of the CL spots would be catastrophic financially.

Gluten free. He has a sensitive bowel

Pretty sure more people watch the Premiership than Europa. What are the bets that HP basically told Sp*rs that they will only sponsor them in the EPL, rather than Levy’s supposed magic.

Did Sp*rs buy a good player other than Erikksen? I’ve not been impressed with their transefer window.

Possibly lamela (though overpriced), but that’s about it.

All those sponsors (HP, etc.) are under one company that sponsors Sp*rs. So technically they don’t have more sponsors they are just giving brand recognition to all

twats we want nowhere near TheArsenal

That was Linford Christie in that picture yesterday….

Huge step forward for the club! Or maybe not. Honestly, I don’t know what to do with this news

Yeah Owen can stay away a very boring twat.

When they boast of us securing a partnership with BT Sport. Why is it all about what BT is getting out of this? what I mean is: how much is the monies??

It’s pretty simple: “BT Sport has today announced it has become an official partner of Arsenal Football Club.” BT Sport is giving money Arsenal. “The new partnership enables the Barclays Premier League broadcaster to promote its extensive offering of live football through Arsenal’s digital channels in the UK and Ireland.” BT Sport will get adverts on Arsenal.com, Arsenal TV, and probably Arsenal promoting them through Twitter, Facebook, etc. “In addition, the agreement will give the broadcaster access to Arsenal’s first team players and manager to create unique and exclusive content to support and enhance BT Sport’s Barclays Premier League coverage.”… Read more »

So why didn’t the slimy gits just say that then?

Because then the world would look very simple in its transparency.

We have agreed to pay Arsenal cash. They will give us stuff. We are mutually satisfied!

Volvos, Yes they are boxy, but they’re safe.

…and after all we’re just suckers for those go-faster-stripes.

The game show host could be Katy Perry

The sponsers on the sp*rs shirt in the Europa League are part of the same company who sponser their league shirts…like our 2001/02 double season, “Dreamcast” on the home shirt, “Sega” on the away.

Haha! I didn’t think this article would be funny.

Only a hop, skip and a jump away from all Arsenal Games on PPV with BT Sport… or a dedicated channel like them other ones that are out there.

That would be amazing, but Arsenal can’t negotiate their own TV rights for games.

the only sam is nelson
Reply to  Gareth

to be honest I’m glad we can’t as even though it’d see us get more money than most other clubs it’d be another nail in the coffin of the club game. if you don’t think that matters, then you don’t remember how much joy was caused by keith houchen (ex York City, then of Coventry City) on a May afternoon back in ’87 it would be a disservice to the game we know and love to participate in the active destruction of clubs with lesser resources than ours. we’ve just spent £42m on Ozil – it’s not as it we… Read more »

Well, yes, nice goal, and it was against Spurs, but does that mean we forgive him for knocking us out the FA Cup two years earlier? Hell, NO!!!!

We’ve already had Arsenal TV and it failed, just like all the other PL teams dedicated channels (well, it did on Virgin).

I think what we need is an Arsenal YouTube channel

Well the local radio station here has “official partners”. It’s just the companies who advertise on it.

totally agree, not long till online streaming get’s a foothold and becomes the main broadcasting provider.
Apple have also been fishing around football for the past couple of years, the future is definitely online,

Since I read this news first at Arseblog and not likely to read anywhere else. I request Arseblog to explain what exactly this ‘partnership’ means once they find out.Cheers.

As long as it adds a couple of million to revenue and can help make us stronger I don’t care..show us the money…

The partnership will basically mean BT sports being advertised on Arsenal TV and some of the interviews that are normally shown only on Arsenal TV being aired on BT Sports. They may well get a few more interviews with Wenger and the players outside of matchday setting. Thats about it.

Is BT Sport now included in our Arsenal membership, or do we still have to pay out £15 per month?

Just show us the money, bitches.

Game show sounds like a good idea. Giroud the Keyhole? Dancing on Eisfeld?

He’s his own man.

I think you mean ‘who’s’ as in ‘who is’….. Grammar Nazi awayyyyyyyyyy!

You spelt away wrong…..

Hopefully this will lead to the Arsenal TV channel re-appearing on Sky.

I asked one of their customer services people a month or so ago if Sky knew anything and was told that he had heard a rumor about Arsenal TV but wasn’t very specific!

Can only hope that means a TV channel is in the offing – seeing as Scumsea and Scumchester both have satellite channels.

Arsene McCloud of the clan McCloud
Reply to  Highbury1913

Cool more £ for the Reus fund.

Perhaps they get to broadcast the Breakdown with Adrian Clarke?

I’d be willing to pay extra to get his commentary with the live games. (Instead of just on the highlights on arsenal player.)

closest thing the fans have for a youtube channel is arsenalfantv & their website. very entertaining and you get to hear from other fans after the games which is great to hear. google it or type it in on YouTube.

Perhaps a re-launch of the Arsenal TV channel at some point?