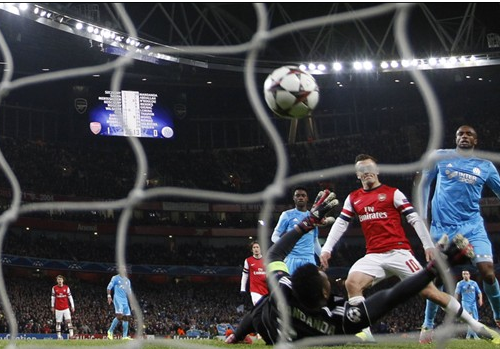 ¹Led his team
²Led both teams

Arsenal 4-1 West Ham: By the Numbers

Me: Where is the remote?:
Wife: Right there where the Arsenal is
Me: Now where might that be?
Wife: top of the table ofcourse….

0 – Chance that conversation actually happened.
0 – Chance any of us give a fuck, we’re top of both tables!!

Do NOT get your coat. Do NOT leave the room. That was very good.

Ramsey keeps on running, RvP keeps on being a cunt. Some things will never change

Szczesny is only an infant in goalie years yet he’s already looking like the real deal…i wonder what kind of jaw dropping fall-off-your-seat saves he will be making at 30 years??

i imagine he will be so good he’d save us from our sins!

Ozil mis-controlled a ball? sell him i say!

Overrated Wilshere has scored 4 from 4 from the right

Townsend has scored 2 from 12 from the right this season

That is a lot of passes attempted/completed tonight. Happy with the win, but would’ve liked a few more goals to emphasize our superiority. We are starting to look so solid, no complacency, unlike a certain team who lost to Basel. TWICE.

And Ozil hasnt yet settled into real form yet! Once he does that, surely we will average 3 goals or more scored per game! I hope he really starts kicking in now!

Kessel Run, was waiting for that one as I scrolled down. Rambo sure is a man on a mission these days.

Sorry, just living up to my name.

I’m trying to think of a clever Forrest Gump reference relating to Ramsey. It’s not coming.

I thought we never had to get out of 1st gear in that game. It was abundantly clear that OM were not interested in this game whatsoever. The amount of space that Jack got into for the 1st goal was comical, as was the defender’s effort at stopping his dribble in the box. However, it was also one of the most confident goals I’ve ever seen Jack take, and that type of run and shot took no little belief, determination, and of course, quality. More of that, please! Much is being written about Ozil. After his incandescent start, he’s failed… Read more »

Excellent diagnosis. The doctor is IN!

Also, its hard to appreciate his greatness.

When he runs away from play dragging defenders with him, no-one sees that and it’s not recorded in any stats anywhere.

And like you say, even when he seems to be having a bad game, he provides ample key passes and usually an assist.

Agree with absolutely everything except teams now knowing what he can do…even if they’d never heard of him, signing Real Madrid’s no. 10 for 42m must have tipped them off that he was a little dangerous, right?

he didnt say “now know”. he only said “know”

Stat tell that Özil is being underestimated this match due to his failed penalty. The blog rated he well indeed.

Quick Q…
Whats this business with Flamini not wearingong sleeves and wenger not being happy with him cutting it…and Flamini saying he will do it again..
Yep I read it in Dail Mail…but must have some truth to it…dont believe DM are that good in fiction

Oh what was that?! Did Arsenal win? For a moment there after Messr Keane’s and Wrighty’s analysis, I thought we must have been spanked. #

It was almost as if they were feeding off each, sort of having a competition to see who could be the most miserable and negative about Arsenal. It was most bizzarre.

Does nobody else want to talk about how amazing Ramsey’s chips were? 3 times!!!

Looks like the new chairman’s starting to have a greater effect.

If ozil had finished that one off what a goal it would have been! Ramsey is so confident atm.

The linesman called the rest offside but we all know that was bullshit.

100- Percent chance that curler by Jack is after he watched Henry do it in training. I hope.

I thought monreal had a great game last night it’s great to have two quality left backs we can’t let him go ! Everyone saying wilshire is not guaranteed for Brazil the man I my opinion should play instead of gerrard and is better even when injured than Henderson and cleverly

Have to agree:) Henderson is just a joke, can’t compare to Jack and his “always ready for fight” attitude.

Where do you get the distance covered stats?

6 number of times spurs pi ked the ball from their net against Mancity. Enjoy the spanking on Youtube. What a waste of over £100million