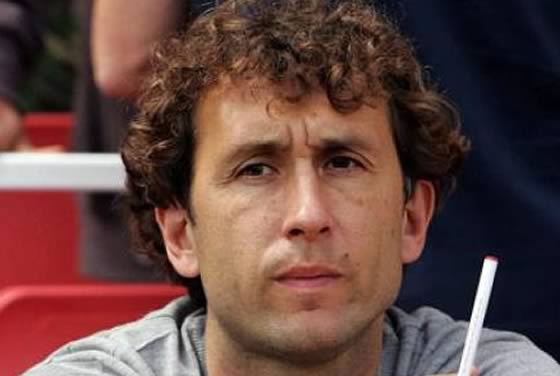 It’s a few months old now, but still an interesting read about Gilles Grimandi and his role at the club.

Thanks to Vince at @ASCFR for the translation.

How long have you been scout?

“Nine years. I remember the first mission Arsène Wenger assigned me. He asked me to pick up French internationals at Faroe Islands (Henry, Pires &Vieira – 08/09/04).”

Have you ever thought about doing something else, like coach?

“I cant do it … assistant maybe! My vision would need to change, because I’m focused on the individual aspect, and a coach needs to have a more collective vision. I’d like to feel the daily life of a team. I sometimes do with Arsenal. We miss the team life in this job, we are loners. We live with frustration.”

“We’re always looking for players, we fight for players to come, you commit yourself and, when this player signs he doesn’t even know who you are.”

Where do you live?

“London, but I’m rarely there. It’s a consuming passion.”

How many games do you attend?

“A little bit more than 250 a year. It depends of the number of tournaments you’re following. Our job has changed a lot. The day after the game I can use my iPad and see tons of stats.”

Is it possible to do your job without going to stadium?

“No. The most important is what happens on the pitch. You’ve got many signals that you can’t see on TV, the game without the ball, how he tracks back. English people call it ‘body language’. It’s at the stadium that the decision is made.”

Wenger comes with you?

“Not much, but he watches all the games. He’s got an unbelievable memory. In France, he knows everyone. So when I talk to him about a player, he’s got already an idea of him. But scouting is not only about signing players. You have to say no, because sometimes technical decisions can be influenced by agents, or relatives.

With Arsenal, it’s more simple because Arsène decides and he hasn’t changed his philosophy in the last 17 years. I know how to work for Arsène Wenger, I’m not sure I’d know how to work with other managers. I’m lucky, even though it’s sometimes difficult.”

“When you’re a player, you can’t imagine what’s going on around the stadium, the buzz,  you don’t know where to park, get your invitation, and after the game there’s the traffic congestion.”

That’s why the scouts leave the games early?

“Yes, at first it made me crazy. You need a year to adapt.”

How many games do you need to make your decision about a player?

“It depends. Bacary Sagna, I watched him very, very often.”

Do you make research on the personality of the player?

“Yes, but the pitch don’t lie. When you see a guy 20 times … and when you see a kid warming up, you understand many things … that’s where your experience of former player helps.”

“I hate hearing a scout assuming the responsibility of a success or the signing of a player. I hear a lot, ‘I made him sign’. But you never hear ‘I’m the one who refused to sign him’ … we all make mistakes. The success of a player is the result of a sum of things”.

What player did you miss?

Grimandi, an underrated player and servant of this club. Apparently he was the one who found Sagna!

you didn’t bother to read did you?

Vino
Reply to  remember the invincibles

I think he did, he’s just letting us know again what we all just read. Apparently Arsene didn’t rate Thuram guys.

Apologize to reply to top comment on something entirely unrwelated,

but Kos the Boss really put that Spuds cunt Bent in his pocket ( and painfully so ! )

A brick wall got nothing on my man Laurent.

Shame about Ribery 🙁 , Thanks for Koscielny 😀

yup.
Long may your scouting give us an advantage oh Grimandi.
Sorry that you’re lonely btw. I suppose it’s one for the team. We should win more eh? How about that Arsene Bloke. He keeps trying.

I thought the same when they signed Nasri (same season that Bayern got hold of Ribery). I would have preferred it was Ribery, his show reel at the time was jsut delightful. Now he is shagging underaged girls at a club that believes in the light that shines out of each of their orifices. Tant pis…this time around we will relieve them of their Lederhosen, as they say in German.

ribery was always talented but let say he is a little mental,no the brightest guy around let say

Interesting. This interview sums everything up. We cannot simply put our high hopes just because our scouts are watching this and that game. On Wenger clear authority, got a clearer view on media speculations and etc. This is very interesting interview

This is absolutely fascinating. I could read about this all day. I wonder what Wenger saw in Grimandi, a player who didn’t exactly set the world on fire, that he had the ability to judge players potential. Although we all would like to think we could do an awesome scouting job, it’s a fine art and even though Giles is being modest, I’m sure he’s responsible for some of the greatest players we’ve seen put on the jersey.

Wenger himself didn’t exactly set the world on fire as a player. Possible that he saw a bit of himself in Grimandi?

i always loved the grimster. he wasn’t spectacular but he was pretty good at doing a job in many different positions and he was hard as nails. used to love seeing him give opponents a good whack when they needed putting in their place!

The ghost of Peter Storey
Reply to  andy

Joe
Reply to  The ghost of Peter Storey

grimandi was never a great player but an honest reliable player

Good man. Responsible for one of my favourite tackles, when he floored ex-Spud Davids, 5 yards from an open goal, in DB’s testimonial.

never get tired of it! http://www.youtube.com/watch?v=PtidXpWaVVM

The look on his face after the foul is hilarious.

My favourite Grimandi moment of all time is away to Barca, Guardiola comes straight through the back of him…he looks at the ref and then rams his elbow into Peps Mush….Awesome

Everyone used to dread it when he was picked!
But remember a quality goal against Crystal Palace in ’98!
He seems to spot defenders but not forwards…

Something off topic but definitely time worthy. A Ramsey made clip, check out 1:31, totally hilarious, Sunderland keeper praying for mercy from Rambo.

Who is Thuram? Sounds familiar, but overall I’m drawing a blank.

The ghost of Peter Storey
Reply to  Harish P

Google him and feel embarrassed at what you find.

Harish p
Reply to  The ghost of Peter Storey

I won’t be embarrassed for not knowing about A footballer, you should be the embarrassed one for being a dick about it.

You could have just googled him in the two hours you spent arguing about it.

Not trying to pick on you or anything, but don’t be lazy about things.

One of my childhood heroes! Imagine him alongside Sol Campbell, they would have scared the s*** out of their opponents

Wow, must be quite the defender if you’re putting him up like that.

He looks like a curly-haired cazorla!
Great article, nice to get insight into what goes on in other areas of the club.

“We’re always looking for players, we fight for players to come, you commit yourself and, when this player signs he doesn’t even know who you are.”

f*cked up sh*t right there!lovely interview an eye opener behind the scenes in terms of transfers.

Wenger and his scouts knows.everyone wanted the likes of Ba,Lamela,Capoue,Zaha,Yanga M’biwa look at them now!

The lost sleeves of Mathieu Flamini

Do you make research on the personality of the player?

Gangster Gilles! Great servant for Wenger and the Arsenal.

I watched Ribery at an U21 tournament single handedly destroy England well before he moved to Bayern.
It was plain to everyone there he was going to be some player, if Grimandi couldn’t see that then there is a worry.
Everyone left that ground talking about Ribery

Maybe he was intelligent enough to realise it was ENGLAND.

Feel free to thumb me down 🙂

he was release by Lille academy because none of the coach couldnt control him ( take barton and make him even more stupid and crazy you would have a young Ribery)
after that he play for many lower french league when he was young with few club ready to gamble because he was a loose cannon.
Ribery was always talented but really his behaviour was terrible

Even David Bentley shone at the youth level. You call some right, you call some wrong and I’d wager Grimandi has called a fair few more right in his career

The Grimster kicking Davids in the air is a moment that always makes me laugh whenever I think about it.
You gotta love the Grimster! 🙂

Also, great interview and thanks for bringing this to light.

I think wenger seen abit of himself in
Giles when he was at arsenal!! That’s why he does that job now

Very interesting interview and made my liking if the Grimster increase! Arsenal seems to breed class, a few exceptions aside, we have always had classy players like him.

Wenger didn’t rate Thuram.. what does he know