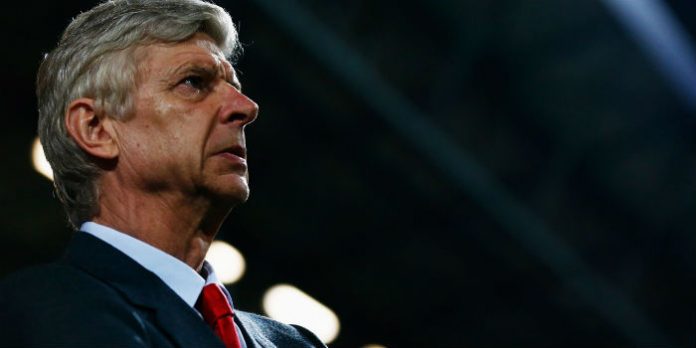 Arsene Wenger says his side made life too easy for former keeper Lukasz Fabianski as Swansea held firm against an Arsenal onslaught before stealing a late winner at the Emirates.

The Gunners missed a host of opportunities as they looked to break the deadlock in the second half and were made to pay for their profligacy as Bafetembi Gomis headed the only goal with five minutes remaining.

Speaking to the media after watching the end of his side’s impressive unbeaten run the boss couldn’t hide his frustration.

“We were unlucky I think against a team who refused to play completely and just defended. It was a question of being patient enough and if we couldn’t win it not to lose it.

“Overall I was encouraged by the quality that we showed in the second half, but it’s frustrating. When you cannot win a game, don’t lose it. We knew exactly what could happen. It was not even a break. We were warned of the kind of goal they could score with Montero kicking the ball in the air and we were short in jumping for the ball.

“For the rest we rushed our finishing because we had plenty of chances in the second half. It was just a question of scoring a goal.

“Fabianski did well tonight,” he continued. “I believe as well on some occasions we made it too easy for him.

“We’ve scored plenty of goals until recently. In the last two home games we didn’t score and that was frustrating because when you have so much of the ball and play with such accuracy around the box.

“They defended well. They came just to defend with four defenders and six midfielders, and they defended. That’s it. If you win, you’re fantastic but if you lose people say to you, ‘why did you not play?’. They won so they are fantastic.”

Pressed again on the reason for defeat, the boss, clearly exasperated, added: “I just told you, we rushed our finishing. Sometimes we were maybe too eager to finish alone rather than passing the ball. Sometimes we had to force the situation and in the end you have to give them credit – they defended well.”

So a bad night at the office. Certainly an evening to forget after many memorable victories in recent weeks. Second place now looks like a tall order  but we can secure third place with a win at Old Trafford on Sunday. Right now that game can’t come soon enough.

Just to point out, Sunday at OT won’t necessarily decided 3rd place. A draw at OT would mean we need 1 more point to secure 3rd, and if we god forbid don’t get even that, 2 wins in our last games will be enough. Having said that I hope we absolutely hope we cunt those cunts on Sunday

You think Ospina’s up for OT, who will actually, you know, try to score? I’m not so sure, but it’s so close to the end of the season and it’d be silly to drop him now.

If Wenger is a genius mastermind (which doesn’t mean he isn’t), what if he brought Ospina to drop Szczesny, stoke his ambition, let him win the cup like Fabianski did, and mold him into a mature goal keeper with zen powers of concentration.

For the love of God, somebody remember how to shoot before the cup final

Take a minute and remind yourself. RVP = cunt.

He would have got three today, just saying. He was a very classy finisher who lost his mind in going north. could have been a legend.

He wouldn’t have scored any on present form.
If it was the month per year he was fit (average) and was on form as well then he almost certainly could have scored although doubt it would be 3.

how many would Sergio Aguero have scored? he won’t be available but imagine if we did get someone of that stature … a predator, not a pussy passer like ?

Yeah we get it, we need another goalscorer. I just hope Wenger remembers what he said himself, come June.

Agreed arsene…the boys were just too tense.
Nothing less than a draw would do. Hopefully giroud wakes the fuck up from his sleep.

Giroud’s problem isn’t having a bad game sometimes. He is never there for games that secure some achievement for Arsenal. He likes routine.

My name is my name

3rd won’t depend on old trafford result. We can lose that one, and still only need 4 points from Sunderland and West brom games to get 3rd as we have better goal difference than Utd

Swansea defended well yes, but our slow build up, lack of urgency and movement didn’t exactly stretch them did it? Theo as a centre forward was absolutely dire. Apart from the miss, 3 times I saw an Arsenal player reach the touchline and he showed precisely no anticipation to come to the near post for any of the resulting crosses. Maybe start Wilshire in the next game. One of the few positives about this game was his drive when he came on. I think a mix up is needed by Wenger. I still think we can do ManU at Old… Read more »

As you say, Jack’s back – that was one of the few positives from tonight.

He sounds very pissed in his own Wenger way.

Too anxious to win and we got caught out last five minutes with frankly what should have been a routine piece of defending/keeping.

These things happen if we do not take our chances.

A) Can we get 1.96m keeper back where he belongs & give a break to Ooooooospina?
B) Can we remind Theo (& Arsene) that his best position is still very much on the wings
C) I hope Ramsey had a great dinner made up of the delicious pigeons he shot

I think Ramsey ensured a few pigeons remained for Ashley Young next weekend.

Season still in the balance and a handy reminder.

We have to be very efficient against United.

Good form is important contrary to what some of the numpty media on ESPN may think.

We still have an FA cup to win lest they conveniently of course elect to not notice.

Good defending by the Swans, but shooting every single twatting ball right at Fab wasn’t gonna help us. I don’t remember him actually diving more than a couple inches to save a shot.

Walcott looked useless in the middle… with the Swan’s defence being so deep there was no space for him to utilise his pace to run into.

Created enough chance to win the game but gotta say it reminded me of the “same old Arsenal” of a few season ago where we’d dominate possession and then lose because we didn’t take our chances.

Second or third doesn’t really matter – as long as we don’t finish fourth I’ll be happy.

Oh and we must really win the FA Cup!

I’m sick and tired of these bloow waisters at Arsenal missing easy chances against rubbish teams like Swansea. Get Theo wide right for fuck sake and drop Cazorla or Ozil & play Ramsey in the middle where he’s most affective. Wenger plays the same players game after game regardless of how crap they are playing. No rotation no freshness just tired stale players. My team to play Utd: Ospina/ Bellerin Mertesacker Kocielny Monreal/Coquelin Ramsey/Walcott Cazorla Sanchez/ Giroud if Welbeck is now fit otherwise Welbeck for Giroud.

Boy do people flap their gums without any knowledge far too often.

Tonight was the first time in 19 years that we picked the same team five times in a row in the league, on the back of our best run in the Premier League for 10 years.

Three points that will likely result in me getting thumbs-downed to comment purgatory: 1. The chances that Jose Mourinho loses a game like this are about 1/100th that of Arsene Wenger. 2. The chances of winning over drawing with Wenger are only slightly better than that of Mourinho. 3. That is exactly why I chose to support Arsenal, along with seemingly 75% or more of fellow Americans who became fans of the sport after the 2006 World Cup. So yeah, while I’m more than willing to take the good with the bad, I can understand the frustration from those who… Read more »

My first arsenal game was Swansea at home in 1981. Fairly sure the old man picked it as it is was a nailed on win and would ensure my brother and I came away well and truly hooked for life. Mission accomplished that day. I hope any first timers tonight at least got a decent fish and chips for their troubles. Quite simply Swansea at home has to be a nailed on win if you want to win the league. We have looked great recently, and I have been guilty of getting a little carried away with our prospects for… Read more »

How is second a tall order? We’re three points behind city with a game in hand. One hopes they slip up and we win the rest of our games. The opposition we have to face isnt that tough.

Ramsey had a decent game yesterday, but he needs to calm the fuck down and pass to others in a better position. He is a midfielder and he doesn’t necessarily need to score in every game. It seems he is trying hard to get on the score sheet.