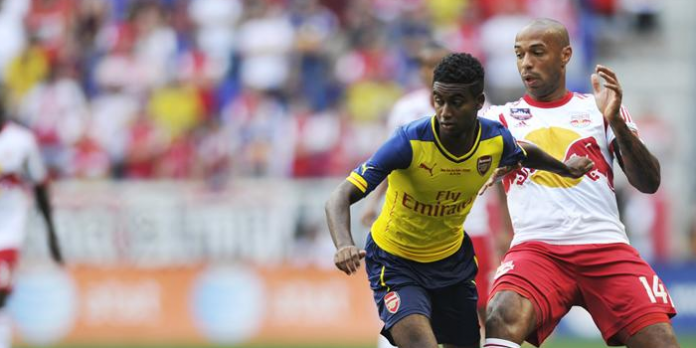 It was a hugely positive pre-season for Arsenal’s youngsters and that vibe has translated itself onto the senior stage, with the club’s U21 and U18 sides both commencing the new campaign with victories.

In both cases the outcome was far from straightforward. The U21s, who were able to call upon Jeff Reine-Adelaide, Alex Iwobi and Gedion Zelalem as they took on Fulham at Emirates Stadium last week, dominated proceedings but were left frustrated until Zelalem capped off a fine team move by finding the net with just four minutes remaining.

The U18s, meanwhile, beat Norwich City 2-0 at London Colney courtesy of goals from schoolboy Reiss Nelson and substitute Eddie Nketiah. Again, there were some difficult moments, with Norwich having two goals disallowed and the Gunners relying heavily on goalkeeper Hugo Keto, but Frans De Kat’s side, perhaps boosted by the presence of Thierry Henry amongst the coaching staff, managed to prevail.

Henry will be working with the U18 squad regularly this season and, along with U16s coach and fellow former Arsenal player Kwame Ampadu, devised the free-kick routine that led to Nelson’s goal. Arsenal took  a short free-kick, with Savvas Mourgos laying the ball off to Marcus Agyei-Tabi, who in turn found Nelson.

The club’s record goalscorer still has much experience to gain as a coach, but this was a promising first sign that he is already having something of an influence at youth team level.

As far as the U21s are concerned, their quest to return to the top tier of second-string football got off to a positive start, but their ranks could soon be weakened considerably by the departure of Zelalem on loan.

The midfielder has made the most U21 appearances out of the current youth-team squad and, with other players in his age group such as Ainsley Maitland-Niles and Dan Crowley currently impressing out on loan, now seems an appropriate time for the United States youth international to experience a temporary transfer of his own.

Quite where Zelalem will end up remains uncertain, with a proposed switch to Rangers appearing to have broken down, whilst Charlton Athletic and Birmingham City have also denied that they are set to sign the 18-year-old. Fulham remain an option for Zelalem, but, wherever he ends up, it will be especially interesting to see whether he manages to cope with the physical demands of competitive football.

Another Arsenal player secured a loan deal this week, with Wellington signing a new one-year extension at Arsenal prior to joining Bolton Wanderers for the season. The winger impressed at Almeria last season and will be seeking to prove that he is capable of making an impact in senior football. At the age of 22, time is running out for him to make an impression and this could be his final chance to earn an opportunity to represent the Arsenal first-team.

Just keep Thierry away from the penalty kick routine please!

I really dont think i will ever see a better striker but i also said that after wrighty. Still waiting wenger….

Re Zelalem. I think a loan this season is a mistake. He is just beginning to blossom after only a couple games at Under 21 level, along with a very good pre-season, and now they want to put more hurdles in his way. If he was a well built teenager showing impressive skills, and a bit of a ‘top dog’ attitude, it might be understandable … But he isn’t! Far better he gets on top of his game in the Under 21’s, and see how he does in the COC, before uprooting him from everything he knows since he came… Read more »

No way in hell should an Arsenal player be allowed to go to Newco PLC masquerading as Rangers FC run by a bunch of criminals and sectarian racists (Celtic all that but they have never even been in administration, Rangers were liquidated.
Please don’t send him to Scotland

Replies to own comment; I am very excited about Henry working with the youth. I hope it works out.
I never expected Tony “Mister Arsena”l Adams to be a good manager and he was disapointing
Let’s hope that Henry can inspire a generation of amazing players to The Arsenal first team

First team need zelalem including iwobi and adelaide. They are all good to be studying a first team acting not to loaned any of them out.

Lots of people here thinking they know more about player development than actual professionals employed by one of the largest clubs in the world who encounter the players nearly every day.

Oh and what’s with the Rangers hate?!

We still love celtic for charlie.?