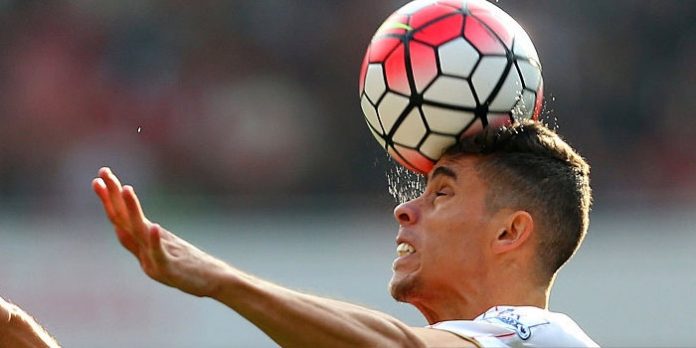 It’s fair to say that since his arrival from Villarreal in January, Gabriel has become something of a favourite among Arsenal fans.

He might not speak much English but he plays with the kind of fight and desire supporters love to see, and when he does speak (albeit in Portuguese) he says the right things – as evidenced here.

And in an interview with the official site, he says he wants to leave a legacy at Arsenal for his son, and all our sons, in helping the club win trophies.

“I will have my name remembered here for my son and your sons to see that we won the Champions League, the Premier League, the best competitions, because Arsenal are capable of doing it,” he rather awesomely said.

“On the first day I arrived here I felt something special.In reality, I think I always wanted to achieve the most important goals in the world and in the biggest competitions.

“When I got here, I saw that Arsenal have the ability to do it. We have great players to win the biggest competitions.

“I’m sure that me, my team-mates and everyone that works here will make history.”

It remains to be seen if that happens, but you don’t doubt this guy will do his absolute best.

The interview linked above is well worth a watch.

Arsenal.com published one interview of him couple of days back. A must read. You will respect this guy 100 times more after reading that..

and Costa thought he could bully him…

Loved, loved, loved the passion he showed against chelski. He wanted to fuck up costa, which makes me love him more. Definitely a bit of Martin Keown in him.

Costa is a cunt!

Unyoke The Ox
Reply to  Jijo

It might have cost us then 3 points on the day, but Chelsea losing Costa for 3 games may have cost them more.

I’m all for him becoming a legend. He’s already a beast!

He should give all the team talks from now on.

Any team talks by him now would only yield serious knowing frowns and noddings from our non Portugese/Spanish speaking contingent.

I am wondering how Lewa will feel in Gabe’s back pocket!!!

Top guys – Gabriel, Cech, Alexis, Mesut, Aaron, Santi, Per, Kos, Coq, Nacho. With several that are v good and may become great – Theo, Hector, Ox – and youngsters like Jeff, Cuba coming through. With enough money to buy when someone good enough to compete with those mentioned is on the market.

We are on the up.

And a half-decent manager!

I hoped the ! would make it obvious.

But not sarcastic anyway.

We have the POTENTIAL…we are def not top at the moment.

We would be top of the table if Mike Dean had not cheated us out of 3 points, as evidenced by the FA.

Gunner From Another Mother
Reply to  Pedant

Let’s not forget Ramsey’s disallowed winner against Liverpool either! Speaking of which, there are talks that we will be doing trials for using video referees here in the US for some upcoming friendlies. Exciting stuff. Hopefully things go well and the crotchety old men that run the game will stop resisting technology.

AND if Costa wasn’t a cunt.

U missed out rosicky u twat!

Strange I forgot Tomas, agree he is a top guy though would be nice to see him on the pitch.

And ‘u twat’? Want to rethink that, given I don’t know you? And I’m not, most of the time.

Don’t get upset. He did an exclamation mark too, you know!

I made a ‘funny’ comment. He was unnecessarily rude. You were polite so no need for any !s.

I’m going to call my other tortoise Gabriel.

Then it may be ninja tortoise

On the pitch, he appears to “read” a situation developing. It’s an instinct that top defenders have.
He reminds me a little of Paul Mc Grath.
Against scum ( sorry, I meant Man U ), in the second half, one of theirs went past Mert, and was now in a striking position , maybe 8 / 10 yards out. I watched Gab. He “saw” it happening, ghosted in and won the ball, before the scummer had hit it. It was trademark Gabriel..

We have a lot to be grateful to Arsene Wenger for. Gabriel is one of them. For a man whose eye for defenders have been questioned in different quarters, Koscielny, Monreal, Bellerin and now Gabriel, prove otherwise.
It also proves that Sylvestre, Senderous, Squillaci, Djorou, Eboue and such like were more like the best he could do in the circumstance than a proof of his judgment.

Gabriel was a fantastic signing by Wenger no doubt but, if I’m not mistaken he was signed based on his stats after we bought that sports data company. Wenger put in the ideal stats for Keown 2.0 and out popped Gabriel resplendent with the innate ability to kick the cunt out of Costa.

After cunting that twat from Chelsea, Gabriel is well on track. More of those please.. Without the sending off of course.

I would NOT be keen on playing against this guy. Remember Arséne saying he’s rare because he “likes to defend”. You can see that not only in the way he plays, but in his general attitude too. A real fighter.

A true legend in the making. That celebration in the centre circle when Ozil scored against Man Ure defines his character completely. I’m going to go out and buy three tortoises – Coq, Alexis and Gabe!

Please don’t call him The Beast again. That name belongs to Julio Baptista!