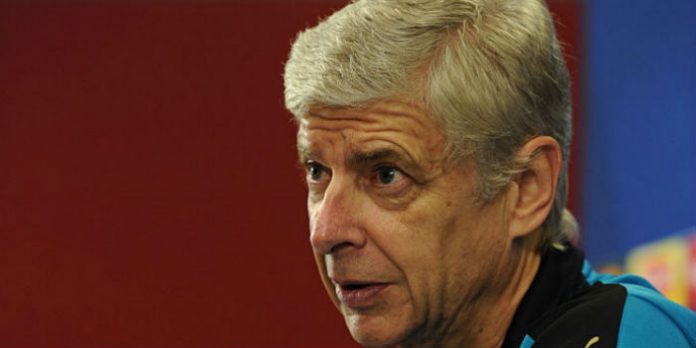 Arsene Wenger says Arsenal have the belief and confidence to overcome Pep Guardiola’s Bayern Munich as his side look to get their Champions League campaign back on track.

Hinting that his side paid the price for not taking their opening opponents, Dinamo Zagreb and Olympiacos, seriously enough, the boss promised that his players would definitely be suitably motivated for their make-or-break tie against Europe’s most in-form outfit.

Speaking at London Colney this afternoon Wenger harked back to recent results against the Bavarians:

“[There was] the one that won the treble with Ribery at full power, Robben at full power and Kroos, Schweinsteiger and Muller in midfield so I believe we have played good Bayern sides and got good results against them.

“We have the needed belief and confidence that we are doing something right so that helps.

“We maybe could be a little suspected of not taking the first two games seriously enough but this time that is not the threat.

“Let’s take the positives of our Premier League [form] and as well get the right focus that you get when you play a big opponent.

“We have some ground to make up in Europe as we have not been at our requested level in our first two games.

“Our focus has been much stronger in the Premier League than it has been in Europe and we know in this game the focus needs to be exactly the same than in the in Premier League.”

Touching on how his side plans to approach the game, Wenger continued: “What we want is to win the game. We want to defend well, attack well and score the first goal – that is massively important in the big games.

“You can never promise you will score three goals in 20 minutes [like against Manchester United] because that would be absolutely crazy. What we can do is start in a strong way and that is what we will try to do.”

The best time to play Bayern is now…….

Anyone else have this weird feeling that we’ll beat Bayern ? Maybe its the drugs I’m on.

I have same weird feeling! I think it’s because we are on fire at the mo but our poor euro results and experience of the ‘arsenal way’ stops us believing. If we win, I’d expect a sudden readjustment in fan morale and expectation. Then again, it might just be the drugs.

or maybe just a realistic arse.

Knowing us we’ll do the double over bayern then mess up again against zagreb and olympiakos!

Losing to Olympiakos on the last day of the group stage is an Arsenal Tradition at this point.

To be fair, those always have been dead rubber games.

and who’s to blame from that tradition?

I’d personally prefer an early exit and the opportunity to focus on the premier league. If I’m really honest with myself I don’t see us doing well in the champion’s league and would rather put our energy into bringing home the premier league trophy and shutting up our detractors. I know it sounds good to be involved on several fronts and I don’t in any way say this to be negative but let’s be realistic.

We didn’t have a big chance at the beginning of the season either, does that mean we were right not to put our all in against Zagreb and Olympiacos? I don’t think so.

Looking at it holistically, it’s much easier to recover with 30+ games for the premier league versus having to win practically all remaining group stage games having lost 2 of 6 already. Add to that the significant effort of preparing and beating/drawing bayern twice and I think that’s going to put a lot of strain on our ability to cope with the premier league fixtures. Don’t get me wrong, I’d love to be in a position of strength on all fronts but clawing our way back in will, I believe, have ramifications.

We must carry the effort that we put in against ManU to every game.

Tired of hearing the “maybe subconsciously we thought we would just have to turn up to win the game”!

on if Ozil and Alexis could be rested…

“No. You would be surprised if I told you that I would rest them tomorrow, so I can tell you certainly not. Normally they should play tomorrow”

So I guess we are going with a full strength team. Cech in goal too..

Yeah in theory, but let’s do this one at a time.

We have nothing to lose. Let’s give our all; you may never know. It could turn out to be one of those unforgettable european nights.

I remember when everyone wrote us off against Barcelona, but Arshavin and company had other ideas. Time for another night like that.

Maybe sanchez red hot will give us the edge.

Win against Bayern and they have to play their last matches seriously. This will help us since we need them to beat the other two teams.