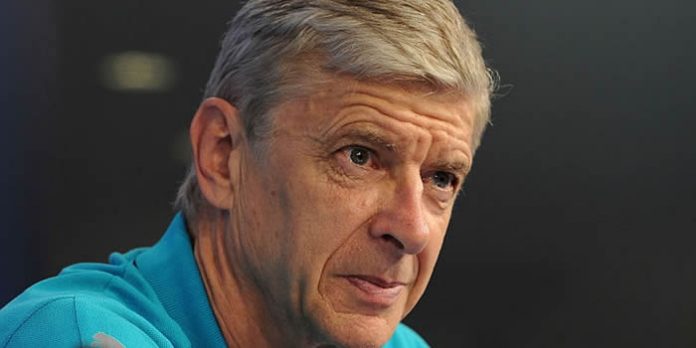 Arsene Wenger says he’s expecting his side to bounce back against Dinamo Zagreb after three games without a win.

The Gunners have endured another torrid November – adhering to a rather wearisome Wenger era tradition – getting battered in Munich, dropping points against Sp*rs and losing on Saturday at West Brom.

Reflecting on his side’s collywobbles, the boss said he’s hoping his side pull their socks up and get the victory that – assuming Bayern beat Olympiacos – keeps their Champions League campaign alive into Matchday Six.

“In the last two games we have dropped points,” he told his pre-game press conference.

“We know as well that before that we won five games on the trot and you can go through a spell like that – it is how you respond to that and that is what makes your season.

“That is why it is a good test for us. It is true that we need a positive result from Bayern, but that only has an impact if we win, so let’s focus on what we can do.

“I believe that when everybody is back we have a squad to compete in both [the Premier League and Champions League]. If we go through now in the Champions League we can be very dangerous for everybody.”

On Saturday’s 2-1 loss at the Hawthorns, he added: “We came out of a game disappointed but we know we shouldn’t [have lost]. We didn’t deserve to lose this game and I believe this team is resilient, focused and ambitious and we will respond well tomorrow.”

The fact we sit six points behind Bayern and Olympiacos hasn’t tempered Per Mertesacker’s desire to qualify, despite the odds being stacked against the Gunners.

Seated alongside the boss, the BFG explained:  “We want to remain in the competition for sure. It has been difficult for us due to our results and our performances but there is still a chance for us and we want to take it seriously.

“We beat one of the best teams in Europe at home so let’s put that in our minds, be confident and put in a performance.”

At the start of the season presuming Ozil is nailed on for CAM we had numerous options for the CM position. We had Wilshere, Ramsey, Arteta, Flamini, Cazorla, Coq, fighting for 2 CM spaces. We also had the Ox and young Bielek who could also be used there as well as Chambers in an emergency. What if we had of bought a shiny new DM and we actually didn’t have a catastrophic injury list for once? He’d never get to play and people would criticize us for wasting money. It’s hard to win with people. Injuries are killing Arsenal for… Read more »

Depth means you have quality siiting on the bench. This applies to all big teams. Alex Song left Arsenal for Barcelona and barely played there. Not saying alex Song is quality by the way, lol. Nasri will now see the bench a lot at Man City because they bought Sterling and De Bruyne. It is part of the game. Lassana Diarra did not accept it at Arsenal, he moved on and played for smaller teams and nobody regretted it.

You do realize that Diarra went on to play his socks off in Madrid?

As much as I love the Flamster, because.. lets face it, we love him more than he will know.. but he isn’t the answer in midfield, nor is Arteta, these lads are just too old now. They aren’t totally useless, or totally crap footballers, as they are still technically good on the ball .. just cast your minds back to the Flamster rasping in that volley to knock Spurs out the League Cup; but the problem is they’re just too old to be considered genuine options in a Premier League squad. They both don’t have the legs for it any… Read more »

Pretty much what I thought after he went all summer without buying an outfield player. He’s putting too much faith in too many injury-prone players. Walcott, Wilshere, Ox, Ramsey, Rosicky and co. all have torrid injury records and are guaranteed to each miss at least 30% of a season. When their injuries all overlap, and clash with random injuries that other players pick up, then you get the kind of injury crisis we have right now. Wenger knows this, but took the risk anyway. As for the DM situation, this has worried me. Relying on Coquelin going a whole season… Read more »

I get what you’re saying, mate. It’s Wenger who needs convincing. Hopefully with this butter/crumpet analogy, he’ll see the light.

Tried looking down the back of the sofa? I often find things there.

I don’t mind if we get knocked out of Europe altogether, would much prefer us to give ourselves a chance in the PL.

Though I do think we will win tomorrow (hopefully with no more injuries).

Getting knocked out of Europe isn’t bad.

The worst possible option is the one we seem likely to end up with: the Europa league.

“Dangerous for everybody” – Our squad or the opposition?

The real response will be against Norwich.
The league is the real deal for me anyday.

The problem if we ever have the fully fit squad available. I know it sounds really harsh but we now need to shift some injury prone players. Most attacking players (except Welbeck) we have injured at the moment seems to be injured at some part of the every season. You can’t really sustain a credible title change with that many injuries specially when Wenger insists of playing his best team over and over again.

Play the kids, finish 4th in the group and have a go at a competition we actually have a chance of winning this season.

Depending on the result in the other match, I wouldn’t mind “implicit instructions” during half time…

Lose here win there. lose some more….then win win win all the way to mediocrity that is third/fourth place….please let the script be different this time. You cannot fill a man with such raging confidence for nothing.

Fuck Europe this season imo, but I can see us winning the europa instead of the fa cup this year.

All teams if you ask the fans lack depth. City were without Aguero and Bony with no recourse until recently and even so they got knocked for four against Liverpool. Chelsea we were told by the press had done good business with out field players and look where they are? World Class guarantees you what exactly? United with Schneiderlin have not been consistent either. We have Coquelin and Flamini at very least. Le Coq is injured, point for concern but Flamini is far from the poor player many imagine him to be. he is a little off pace at the… Read more »

For the “xperts” who all must obviously be at the top,of their respective fields to spout such all knowing insight into achievement, character and ability. (Sarcastic as possible) I hope Flamini or Chambers or whoever, reads some of the derogatory commentary . I hope whoever fills the DM role grabs the opportunity and shows their class and commitment to Arsenal. But what do I know…I get my enjoyment from supporting the club and manager. We are fighting for the title until the end. I will cheer when we beat Chelsea, moan when we tie or lose a game. I will… Read more »

What’s worse?
Against all odds, finishing second in group and going into the final 8 of CL (if we do), and gets eliminated by the unusual suspect finishing the season as a CL quarter finalist ?
Or
Bowing out of CL, and winning the Europa league?

Europa League is for small teams. It really means very little to win it. It’s the equivalent of the League Cup.

No It wouldn’t.
However if mid season you did get relegated from the PL would you not want and expect to win the championship?

If we ever somehow got relegated to the Championship, of course I would want to win it. I just don’t ever want to end up there in the first place.