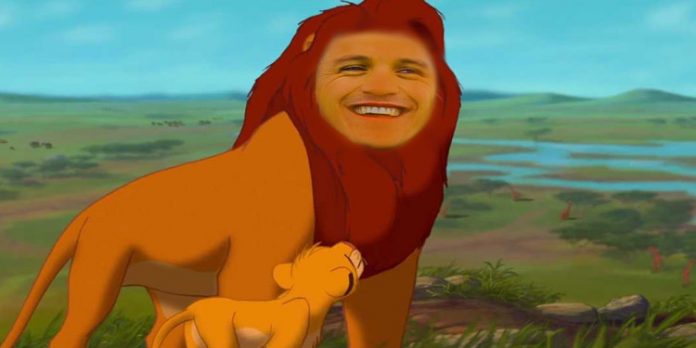 Arsene Wenger says that Alexis Sanchez’s physical prowess, and ability to shake off fatigue, is ‘remarkable’, and has compared his playing style with a lion.

The Chilean broke an 8-game goal drought with a double against Dinamo Zagreb in midweek, in what was his 4306th game of the calendar year so far.

A normal player might well be tired, having traversed the Atlantic the previous week to play two gruelling World Cup qualifiers, but the Arsenal manager is still astonished at the way he can shake off the effects of football and travel to operate at a high level for the Gunners.

“His resistance is remarkable,” he said. “What is also remarkable is that he goes to South America to play, he comes back on Thursday night and on Saturday he can play without a problem, even if he’s jet-lagged.

“I take information, especially from the medical people who know him and treat him everyday and after, we look at his overall recovery as well.

“When there are alarming signs, we want to make the right decision at the right moment but as long as the guys are confident, they score goals – it is always difficult to rest them.”

Touching on the way he plays, Wenger said, “His style is very explosive, it’s a very committed style. Jamie Vardy is a bit similar. When they go, they go. They are like the lion. He has to catch the animal in the first 200 metres. If he doesn’t get there, he’s dead  afterwards.

“They are these kind of killers. When they go, it is to kill and after, they have to stop.”

As long as he stays fit, that’s the mane thing. Yes, I have no pride, I didn’t even paws.

Thank you, thank you, I’m here all week. Try the veal.

Walcott is a cheetah,says Wenger.

I thought that was Diego Costa…

Shame we don’t play Milwall, he’d feel right at home in the Den.

Watch out for Canadian dentists Alexis!

Alexia is always ready and roaring to go!

Haha, that is the best photoshop I have seen in a while! Aleximba!

Shere Willpower
Reply to  Per

I ponder who the cub next to Sanchez would be?

The Ox? If he fulfils his potential, he’s the most similar player to Alexis we have.

He will never fulfill his potential. Too fragile and unintelligent. Wenger has been very patient with him, I will be surprised if he is with us after Wenger retires.

I’d be lion if I said I didn’t love Alexis! He’s roar talent is phenomenal!

Arsene's zip
Reply to  Someone Orother

He is the mane man

Swish
Reply to  Someone Orother

Those jokes are paw.

AnthonyG
Reply to  Someone Orother

Still, thumbs up for all! An amazing specimen is our Alexis.

Keep ’em coming guys.. The best stuff on a dull news day.. I am having a right laugh reading all those puns.. 😀

“You’re tired.. I’ll give you energy…”
It’s a common misconception that Sanchez is mere mortal.

He is a beast. Just hope he doesn’t get injured!

I think injury gets Alexied

The injury demons probably know better than to mess with the Nephalem.

He is Alexis
He is king of the jungle
He is thunderous.

Toast with Butter and Jam

AnthonyG
Reply to  Toast with Butter and Jam

Odd that he thought to mention Vardy in there (or maybe there was context). Cheeky January move? Lion pun.

nice touch with your lion pun

Wow it’s unlike wenger to reveal our next transfer target. Though we haven’t stole from one of our ‘can we say’ rivals in a while now

Alexis is the Thundercat to John Terry’s thundercunt.

Not one mention about Alex the lion from Madagascar?
Guess the animated funny movie with bad sequels that ought not be made genre does not have much takers.

A hint that Wenger wants Vardy too? I’d definitely take him.

Why would Leicester ever consider giving him up under the current situation. Love to see it happen, but it would be pure dreaming.

Comment:……..My Coq broke
………Strap on a Flamini
……….The Missus won’t like that
Lol. Today’s Arsecast was epic!
Get well soon Mr Bloggs ☺

”When there are alarming signs, we want to make the right decision at the right moment but as long as the guys are confident, they score goals – it is always difficult to rest them“ thats exactly why wilshere on the bed for half of the season and a lengthy injury list. You have to listen to the doctor, they are the professionals.

No, you photoshopped Alexis as Mufasa, he’ll die soon! 🙁

Off pun topic but Alexis and Ozil are fucking brilliant!

Let’s hope that the “Lion” isn’t run into the ground and is still fit come the end of the season. A top manager like Sir Alex Ferguson knew how to rest his best players over a season so that they remained fresh and didn’t pick up stupid muscle injuries. Our glorious leader still hasn’t got the knack yet.

Perhaps signing a back-up forward in this coming transfer window might help.

Im not so sure he will appreciate the analogy. As a killer and such. A little over the top, no?

Made me cringe a bit, If I’m honest. Sorry Arsene. Still love you and stuff.

Only fitting that he’s with the pride of london!

I love Wenger’s quote. “I’d like to rest him but he is the sort of player who gets tired when rested”:D

I would prefer to say, he is like the energizer bunny

Now the lion is screwed, we’re in the same position as usual!! Half the squad injured, can’t win a game, Wong buy in January as ” not enough quality” available. Will someone from the club please end this continuous nonsense and put Wenger out to pasture!! Same crap every season and still we praise him!! Enough is enough