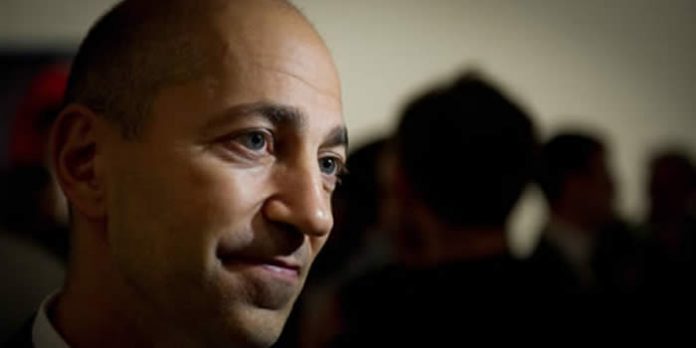 Gazidis, along with representatives from other Premier League clubs, was photographed leaving the Dorchester Hotel in London with The Sun emphatically speculating that discussions had centred around the possibility of setting up a ‘European Super League’.

According to Press Association Sport, who contacted officials at the Emirates, that suggestion was summarily dismissed.

“We are strongly opposed to any breakaway,” an Arsenal official stated.

“Discussions were primarily around the ICC and formats of European competitions that would compliment the existing Premier League.”

Arsenal have never participated in the International Champions Cup, a tournament that was started in 2013 and last summer centred on North America.

Curious about the setup of the tournament, Arseblog News visited Wikipedia on behalf of the readers. We left bamboozled, failing to comprehend how you actually win it.

[Insert gag about Arsene Wenger being clueless on that front too]

It looks like a series of jumped up friendlies, played all over the place, with little structure. Our response is very much in the ‘meh’ camp.

While we’re not involved with upcoming versions of the ICC, the Gunners will be travelling to the Pacific Coast of the States in July where matches against the 2016 MLS AT&T All-Stars and Chivas de Guadalajara have been arranged. We’ve also committed to a trip to Sydney in the summer of 2017.

What the actual fuck? I was being sarcastic, you horrible thumb downers!!

Sarcasm, on the internet? Are you mental?

guaranteed entry each year, more money for each club, presumably. thinkabout how barca and real get all the spanish tv money practically. well imagine you got rid of monaco, olimpiakos, basel etc etc and just had more higher profile games and shared the money between the big guys. thats the obvious draw.

those with longer memories will remember dein and co scaring the shit out of uefa years back threatening the same thing.

The ICC is a dumb preseason friendly but it does a great job at raising a club’s profile. A lot of people in the States have become Sp*rs fans because of their involvement in the tournament. Arsenal would see huge returns in fandom and commercial revenue if they did that tournament

Kahn?Kanu!
Reply to  The Mert

Raising profiles…. commercial revenue. You will fit right in on the arsenal board.

Rising profile and revenue will be huge if we won thropies, you know like the premier and champions league….

pedro
Reply to  The Mert

I thought the ICC was set up to punish people who inflict the likes of Sp#rs on civilians?

The ICC seems to be performing various roles.. they also administer international cricket.

Sanchezy
Reply to  The Mert

Who the fuck are sp*rs?

not quite sure, but i vaguely remember reading something about them to do with shit.

And so it begins. No smoke without a fire and all that.
In truth, this has been in the offing for quite a bit and it’s only a matter of time before the ‘super powers’ pool their (quite considerable) collective might and stick it to FIFA, UEFA. Football is truly more than just a game; it’s a mega money printing venture. The beginning of the end.

There is actually a whole lot of smoke with no fire anywhere in site. Have you watched ancient aliens?

I wonder how the premier league was birthed.

Gazidiz is a bullshitter.
Not entirely his fault, he’s paid to feed us gullible fans with tripe.

It’s all about money. Stan – and Gazedis’s – favourite subject.

We’d finish bottom. What would be the point. Is there perhaps a small chance that the club sees it as a way to make even more money?

The Telegraph also thinks this is the beginning of the breakaway European super league idea (though obviously the clubs are denying it). Horrible to think of a CL determined by anything other than current footballing merit, with Leicester and any newcomer in any league doomed to miss out for ever in favour of the old power houses like Liverpool, Milan and United. The Telegraph surmise that, while money is the determining factor, more amorphous considerations such as history, geography, fan base and brand visibility will also count for a bit. We get in on the basis of brand visibility, I… Read more »

I don’t understand why this would generate more money for the clubs interested in joining, all of whom are currently in the Champions League (or are perennially).

As it stands, they’re getting shed-loads of dosh from both their national league participation (and some pennies from national cup competitions), plus what they get from CL participation. Surely by forming a European league they are missing out on the double windfalls available to them (probably moreso the case for English, Italian, German and Spanish clubs than the others, but still)?

I understand it as an alternative to the Champions League, where we spend half of the season playing Olympiacos or Dynamo Zagreb that leave the Emirates half empty.

Basketball’s Euroleague is fine, why not?