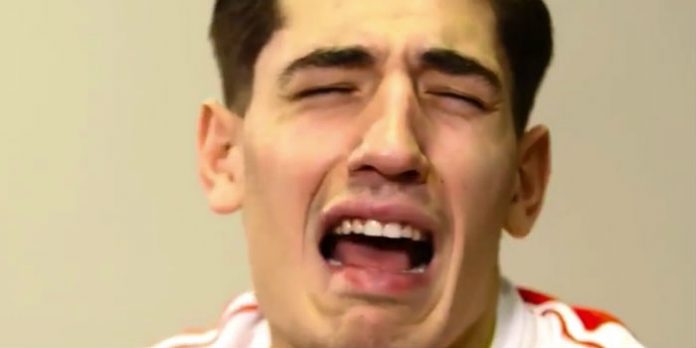 There’s naff all going on in the world of Arsenal today – often the case when all the juicy Wenger press conference quotes have been rinsed to death in advance of a matchday – but that doesn’t stop the onslaught of #CONTENT.

So here’s a quick roundup of all the Gunners-related guff you can find on the net today…stuff that makes us want to stick pins in our eyes.

Arseblog News is doing this so you can save yourself 30 seconds…time you could use to floss, blow your nose or simply dedicate to lamenting the demise of the newspaper industry.

Well don’t hold out, whose English is improving?? Is it Bellerin? I reckon it’s Bellerin

Chris B
Reply to  Juan Cornetto

I think jack reached the pinnacle of his pidgin English around ten years ago. Perhaps Ramsey has learned how to say “But, er” instead of “burra”.

Apart from Jeremy Wilson’s pieces, The Telegraph football site has generally turned into a load of fucking toilet these days.

I realise a lot of football fans have persecution complexes, but being as objective as I can I swear the Telegraph hacks go after Arsenal (and the fans) with a vitriol that is spared any other team. It is at least gratifying that their collective masturbatiin sessions over Liverpool are generally undermined by the scousers going out a losing in their next game.

the only sam is nelson
Reply to  Hutch

unless you are a retired bank manager living in sevenoaks and intending to vote whatever Nigel Farage tells you in the referendum, why are you reading the Telegraph?!?!?

scabby 1-0 win tonight, please, or anything other than extra time/pens/inevitable loss

Exiledgooner
Reply to  the only sam is nelson

Pretty much all newspapers are largely trash these days. The Telegraph does at least have the occasional bit of outstanding investigative journalism to mitigate the awful shite that it pumps out. All of my friends read the Grauniad, and frankly I just don’t have the constitution for that. Yuck.

And neither Farage nor any other politician will dictate how I vote. I am quite capable of making up my own damn mind.

the only sam is nelson
Reply to  Exiledgooner

Oh but my dear Exiled Gooner how can you not admire the tenacity, the bravery and the sheer bombshell nature of the Grauniad’s investigative work? This, for example http://www.theguardian.com/commentisfree/2013/jan/16/vegans-stomach-unpalatable-truth-quinoa

Pulitzer prizes all round!

I wasn’t accusing you of being a Torygraph reader, mind. Just a general observation based around the kind of people who “take” the journal…

Hutch
Reply to  the only sam is nelson

Arseblog is my daily ready plus the podcasts. Part of my Arsenal life actually.

The Guardian and The Telegraph football sites were my additional daily reads, but I am getting fed up of some of the shite The Telegraph are publishing these days and the length they go to click-baiting.

Arsenal probably get it a lot as they have one of the biggest followings globally, hence the greater revenue stream.

No! Too much information!!

I am shocked, Shocked and stunned by these revelations. I may not sleep again. It is stories like these that make me want to become a brave, proud, campaigning journalist when I grow up. They truly are the saviour of our freedoms.

Given how we’ve been playing of late, I wouldn’t begrudge him hitting the horse tranquillisers.

Perfect. Thanks. I was taking a Sp*rs and needed something to read. Glad I got all the news here.

So was bellerin by the looks of it

This should be a daily article. Much like Football365’s mediawatch article which rounds up all the turd into a ball, calls out the journalists and chucks it right back into their faces.

Read an article on Metro that some Arsenal supporters were signing anti-semitic chants on their way to watch the match against Spurts, I must say this is sooo unjust and simply not acceptable!!!

Being an Arse myself, I would not want to steep soooo low.