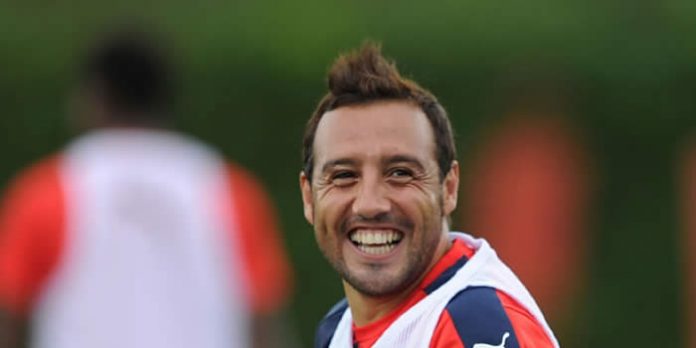 The Spanish international suffered knee ligament damage against Norwich at the end of November. That problem has since cleared up but an ongoing Achilles tendon issue has delayed his comeback.

However, he’s pictured today in full training with the rest of the team ahead of tomorrow’s Premier League clash with Crystal Palace.

It’s likely that he’s going to need another week or two to be considered for first team action again, but he’ll be glad to have proved his fitness before the end of the season and ahead of this summer’s European Championships.

He was joined in the session by Tomas Rosicky, the 35 year old making a return ahead of schedule after it was feared a thigh injury might prematurely end his Arsenal career.

Meanwhile, Jack Wilshere is due to play for the U21s on Monday night.

Sadly all to late

Always happy to see Cazorla, but dear Bezeezus how we could have used him this season. Such a shame.

Just in time to help us above Spurs… And boy, do we need help!

Steve Bould watches you sleep
Reply to  the american

I know not everyone will agree with me, but I think we would be up at the top of the table challenging right now without his injury.

He has been such a massive miss, he linked the two halves of the team. He could draw in players, get out of impossible situations with his jazz legs, buy us room and play the right ball.
Got a bit of a man crush on him.

Why didn’t Carzola play in the reserves like Rosicky and Wilshere?

That’s next I assume but why isn’t Tomas playing on Monday?

Many of you forget how average he was before his injury: no goal, no assist… the problem is not his absence, the problem is Ramsey’s presence instead of Santi.

Alex – he wasn’t average, so there was nothing for us to forget.

Yes, we remember him very well, that’s exactly why we miss him.

An Ox-sized Coq
Reply to  Alex

I actually do remember the 2 or 3 matches before his injury, he was fairly average. Then again, it would be harsh to not believe that Santi could get back into form fairly quickly.

that wasn’t his job. try and keep up

Cazorla’s role was to recycle defense into attack, and he did it amazingly well. To do that job, you sacrifice being in goal-scoring and assisting positions.

Will be a good addition when we face City in the 4th place race. They are on fire currently and without all of our cards it will be very hard to not lose to them away.

As of this evening, we are in sitting in 4th place. We do have a game in hand but there’s no room for error given we have to go to Man City.

I’m hoping that Leicester are 16 points ahead of us by the time we start our match against Palace tomorrow.

Forth place is in the bag – we know how to achieve that! We will probably beat City 6 -0 if fourth depends on it.
Second is our aim….COYG!

Let’s hope we don’t come 4th and Citeh win the CL sitting in fifth? That does fuck us like Spuds got fucked (hahahahahaha) a few seasons back? Doesn’t it?

Indeed it does. On the other hand if Liverpool win Europa and qualify for CL it makes no difference.

Citeh won’t win the CL … they wasted Chelski tho.

Welcome back Caz. We’ve missed you.

I hope you can make a great impact in our remaining games and really help us finish above Sp?rs.

Especially now as Man City are above us by 1 point.

I just hope Rozza gets a good send off. Gutted I can’t make these games tbh, would’ve paid just to cheer him off.

^ ^ ^ Why would someone thumb that down?

lately there are a bunch of haters here. it’s sad and pathetic.

How many seasons are left in Santi’s legs?

It will be nice to see his smiling face on the pitch again – even if it is too late for him to help salvage our season.

Wish Santi could return now, I miss the little dribbler

Love Santi, Allways a joy to watch and such an endearing man aswell. He is getting on a bit though so lets hope this injury wont affect his game in any way and that he kept his legs and mobility. We know some players like Falcao or Torres are not the same when they come Back. hopefully this will not be the case with Cazorla.

Hope we can kick on now and get to celebrate St Totteringhams day again this year.

Too little, too late?

(not a hater, just thought it might make a more amusing headline – and by god do we need some amusement)