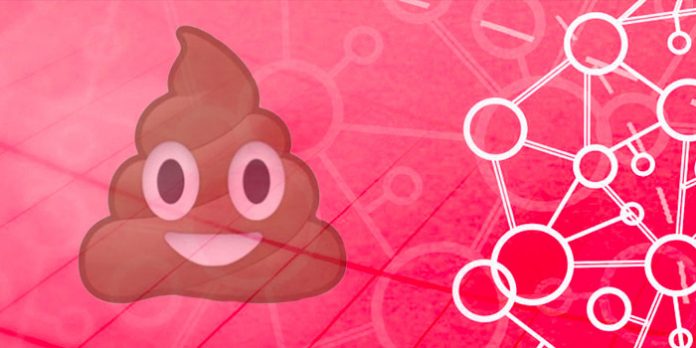 Transfer rumours: we all know them. We know that for the most part they’re rubbish. We know that an entire online industry has built up around them.

Websites who basically invent stories from nothing thrive because of people’s desire to see new players sign for their club. They could call themselves ‘Transfer Lies’, ‘I just made this up’, or ‘You stupid dicks with your stupid faces you’ll believe anything’, and people would still click on them.

As for the proliferation of fake ITKs, crusty Kleenex on their desks in their bedrooms at their mum’s house, the less said the better.

Here at Arseblog News we’ve tried to cut through the nonsense down the years. Not always successfully, nobody’s perfect after all, but for the most part we’ve looked upon these stories with an experienced, weary eye and tried to give them some measure of reliability.

We introduced the Poo-o-Meter a couple of summers ago, in which we would rate transfer stories where 1 poo is a rock solid certainty, and 10 poos mean it’s a runny load of old shite which nobody should take seriously at all.

Now, bringing technology to its very limits, we’ve added an all new Poo-o-Meter which allows you, the reader, to rate the story for yourself. Crowd sourced transfer poo data is the way forward, and today we’re proud to have added something new, exciting and special to the world of transfer rumours.

We’ll be deploying this on all our transfer stories from now on, so you can share in interactivity of transfer poo.

We say: sources are dodgy, a Tweet from some account with an egg avatar and quotes that can’t be found anywhere else. As such we’re going high, a liquidy 8. Over to you folks, poo to your heart’s content.

You should flog this new system to newsnow so I can stop checking it like an obsessive madman.

Sounds rock solid to me! Are there half poos?

Turtle heads (or tails) between each of the poos would really polish this turd.

gooneron
Reply to  A Gorilla

This is fantastic, the absolute shit! 🙂

Someone Orother
Reply to  Kevin Shrubsole

He’s got a younger brother Kev who plays in the isthmian league too. Might be worth a punt!

Good idea. Next you should ask what people think of Wenger’s transfers policies last season and this one for example 😀

Someone always has to spoil it

Where’s the fan? I want to see the poo hit it!

he’s no Grant Holt, this Scoreblaster

Scoreblaster! YES! Its about time we went in for a world class player like that. Now we’ll definitely win the league and then conquer the world. Yay.

What a computer age we live in

Wenger hasnt made a poop yet. still reports suggest he is willing to poop big this summer for the striker theyve desprately needed for years

Man… where the f*ck would my life be without arseblog.

Ok, you asked for it. Ben Yedder to sign before the weekend…thats gospel

Typical Wenger refusing to get his wallet out and pay what Quincy ME FC wanted for Trev Scoreblaster! I bet he goes for that youth prospect on a free from Ligue 2 instead… Pierre Onefodafutcha!

This site is very good because it’s full of shit

Any chance this will be natively implemented into the mobile apps? Currently on Android it opens chrome to use this.

Maybe, but for now it’ll be web only

This needs to be an extension on our browsers, so any links come up with a poo rating before we even click on them.

I can foresee a lot of constipated readers living on false hope.

Pass the Andrex….It’s a winner.

A different kind of stool sample, and much less awkward to give out!

This is golden brown. My cup runneth over.

I wanted to be the first one to poop :S

In other news, strong words by Renieri pointing to Maharezs strong desire to leave.
He says that at other clubs if he doesn’t play so well they’ll put him on the bench cuz there’s so many other superstars.
Yea….don’t think that’s something he’ll have to worry about at Arsenal

Massively in favour of the opportunity to stage transfer dirty protests.

Nah.. I don’t see us landing a prolific scorer like trev. Arsenal will be arsenal

had the dogs bollox now we have de dog shit

This right here is the real shit.

Even though Scoreblasters current team don’t want to sell, he doesn’t want to play for Arsenal, Arsenal haven’t put in a bid and he is a figment of Blog’s imagination, I am disgusted that Wenger hasn’t already bought him!

The iPhone app seems to crash when you poop on it blogs, but I can poop just fine everywhere else!

We’ll look into it!

I wish the arseblog app had a comments section. Opening a browser just to comment is soo last week.

Perfect. This website has taken on a whole new level of realism. Now, when I’ve escaped my oppressive, beige cubicle for a morning poo (mainly to get away from Janine who just won’t shut the f*** up about how cute her cats are when they’re being sick) – I can offer some virtual poo, to go alongside my real poo. Pootastic. Thanks Mr. Blogs.

This is terrific. There’s been such a public stigma with regards to pooping that makes people hold it in for fear of embarassment, only to cause long-term damage farther down the line. I applaud Arseblog’s efforts to bring this serious issue into the public conversation. Too many have suffered in silence for too long…

Have a good poop, everyone!

I took a poop and it was runny.

I’ll take anyone at this point…

Reader’s poops need at least one decimal place. I want to know if this seven is on the runny side or not

This website uses cookies to improve your experience while you navigate through the website. Out of these, the cookies that are categorized as necessary are stored on your browser as they are essential for the working of basic functionalities of the website. We also use third-party cookies that help us analyze and understand how you use this website. These cookies will be stored in your browser only with your consent. You also have the option to opt-out of these cookies. But opting out of some of these cookies may affect your browsing experience.
Necessary Always Enabled
Necessary cookies are absolutely essential for the website to function properly. These cookies ensure basic functionalities and security features of the website, anonymously.
Functional
Functional cookies help to perform certain functionalities like sharing the content of the website on social media platforms, collect feedbacks, and other third-party features.
Performance
Performance cookies are used to understand and analyze the key performance indexes of the website which helps in delivering a better user experience for the visitors.
Analytics
Analytical cookies are used to understand how visitors interact with the website. These cookies help provide information on metrics the number of visitors, bounce rate, traffic source, etc.
Advertisement
Advertisement cookies are used to provide visitors with relevant ads and marketing campaigns. These cookies track visitors across websites and collect information to provide customized ads.
Others
Other uncategorized cookies are those that are being analyzed and have not been classified into a category as yet.
SAVE & ACCEPT
wpDiscuz
86
0
Would love your thoughts, please comment.x
()
x
| Reply