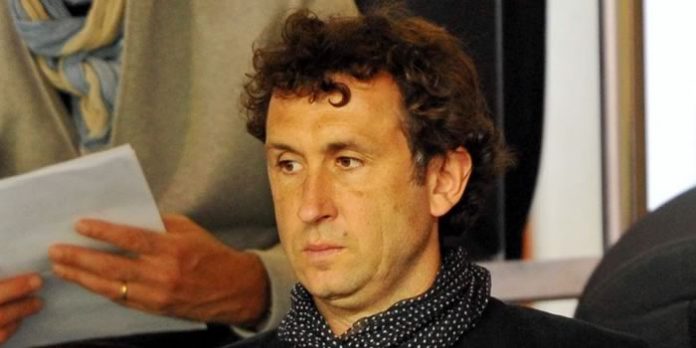 Gilles Grimandi has backed Arsene Wenger over accusations he doesn’t give jobs to former players.

Speaking to L’Equipe, the Arsenal scout says that Wenger is open to having former players back on the books, but insists the circumstances must be right.

“He is a faithful guy who will always reach out to the former players,” he said. “After that, so they can work at the club there must be a room available, they must have the required competence, and they make a request.

“Today, I see at least fifteen of them work for Arsenal, like Luis Boa Morte and Moritz Volz, who oversee Portugal and Germany, or Steve Bould, who is still deputy for Arsene.”

The story comes in the wake of Thierry Henry’s departure after the club’s leading scorer turned down a full-time coaching role to continue his work as a pundit for Sky TV, and also Mikel Arteta joining Man City as a coach.

However, after 5 years under Wenger, the chance to learn more of his trade with Pep Guardiola was a big draw, rather than the Spaniard being unwelcome at Arsenal.

We do like the idea of Moritz Volz as a German scout though. Imagine the meetings:

AW: But as a footballer?

MV: Oh, who cares?! *plays Lady Gaga song on a Didgeridoo and walks out of the room*

The boss seems to have the right attitude when it comes to former players working at the club. I’m sad but understanding about Arteta going to City, and I’m annoyed that Henry turned down the coaching role to continue giving sensationalist opinions for the sake of adding to Rupert Murdoch’s revenue streams. Wenger’s attitude was great with the Henry thing though, as shown by giving Mr. Arsenal a chance instead of bending to Henry’s unrealistic demands.

Think Wenger doesn’t like to have the big guns (see my name) around him cause as soon as they have their UEFA badges, the media will start pushing with invented rumours that the board wants them to replace him.

To be honest, the phrase “the media will start pushing with invented rumours” can be applied to any football club about any football – related subject matter at any time, rising to gold – star mentalist level as the transfer deadline approaches.

Well if Wenger only has a year left, why would he care so much about media pressure?

Unless you know, he’s thinking about extending.

I think Wenger is putting Arsenal first, as he always does, and will only hire coaches that are willing to commit themselves FULLY to the club. No matter how great Henry was for us as a player, and how great he might eventually become as a coach, we don’t need a coach who thinks of Arsenal as his second job.

I don’t think the manager gives a toss what the media think.

I’m glad there are people out there, Arsenal fans or not, who share my hate for Murdoch.

Grimandi sure looks like a villain in a James Bond film

He’s too busy being the villain to Edgar Davids and all things Tottenham.

I was there when that happened. It was almost choreographed for a bit of pantomime action there. Fair play to Davids for agreeing to turn up despite the welcome we gave him.

I hate this time of year

Think something that’s been overlooked in the Henry story is that over the years Wenger has consistently talked about players going into coaching/management needing to decide if they’re prepared to ‘sacrifice’ and give 100% to the job.

I’m sure Thierry sometimes being publicly critical of players or the boss didn’t help his case, but wouldn’t be surprised if his unwillingness to commit totally to the job was the main reason the offer was vetoed

Henry only made minor negative comments about Arsenal players. He even said Wenger still the right person for the job. Now guys, please search Tony Adams Criticizes or whatever in google and you will see blunt criticisms of Wenger. Adams even said that Graham was a better coach. I even think Sky and BBC are the losers. They have a pundit who only makes minor and lenient comments about his former clubs and manager.

For me, we shouldn’t be basing judgment of pundits on negative commentary of their former clubs at all. It should be on the match. Not garbage talk. I think it just makes the former players look bad. It’s a lot like the ‘will he celebrate if he scores?’ Bunch of bollocks. Scored a goal. Be happy with your supporters. Even if that were the reason the offer was rescinded, that’s Arsene’s and Arsenal’s prerogative, and I’d guess a bit of it. But I think B’s made a key point. Arsene is deeply dedicated and expects it of those around him.… Read more »

And I don’t blame Henry from walking away from a freaking £4m a year part-time job. Who would?

I am 50:50 about Henry being a good manager he has that all about me attitude, sure mourinho has been successful and he is one of the biggest narcissists around but he has never been successful at the same club for more than three years coz the players lose morale

An Ox-sized Coq
Reply to  Dan

Mourinho may be a narcissist, but he works harder at his job than nearly everyone.

Mpls
Reply to  An Ox-sized Coq

Job title: Total Wanker.
He does work very hard at it.

I disagree. He doesn’t have to work hard at all, it comes naturally to him.

How is it we have 15 explayers at the club working in various positions and we still get the story that Wenger will not employ explayers in case they undermine him.

Because of willful ignorance. It is the bane of mankind since the beginning.

I think it’s great when old players come back to the club. We all love that association with the ‘good old days’, it allows us to make a connection with Arsenal going back to our formative years. I can remember the first time I saw Richie Powling play, with his little hamster face. He reminded me of my cousin Arnold who was a remarkable boy. From an early age he showed a tremendous aptitude for mathematics. He could multiply ridiculously large numbers and give you the answer in a heartbeat. His parents encouraged him greatly and he even won a… Read more »

You Never down vote Rambling Pete . Ever.

We had to wait for a while… But it was worth it. Thank you, Pete.

I seriously feel Fla is coming back to us. Not so much as a coach or scout. More like a joint owner or non-excutive member that of sorts

Sure, when he won’t be too busy counting his biofuel billions anyway

A whole bunch of nonsense dreamed up by the media.

The person for the job is the one that is most qualified. It has nothing to do with any ‘legendary status’ as a player because that has never necessarily proven to mean that player will make a decent coach or otherwise.

The word conflict of interest comes to mind with Henry.

I thought the issue was a lack of former legends employed by the club.

People that might inspire others to want to join. A reminder that playing for Arsenal can let you achieve legend status.

The current crop of ex player employees pale into insignificance by comparison. With the exception of Adams.

Admittedly, Denis knocked us back when offered the role of Dutch scout but what about other invincibles.

Pires for Grimandi and Jens in Germany – just kidding. Could you imagine. “Sign him or I smack you. Fuck it, I’m gonna smack you anyway”

I was going to write a humorous comment, but it is futile once Rambling Pete has spoken.