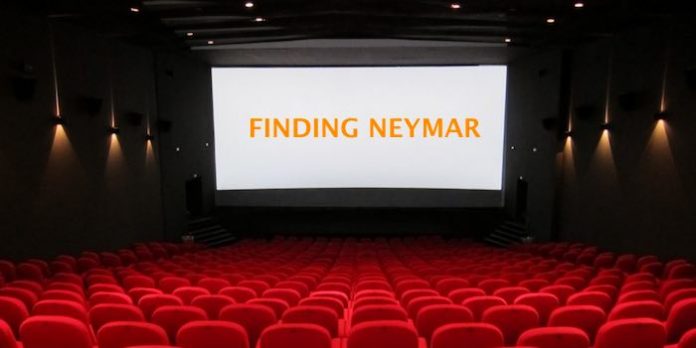 We’ve seen Arsenal linked to countless forwards this summer, how much truth there is any of those links is open to question.

Our guess would be ‘not much’, but it doesn’t change the fact we need a striker and people are getting restless. So, in order to pass the time, we’ve decided to play a little game: work a player’s name into the title of a film.

You can use first name or surname, but the film must exist. You can also use any striker you like, rather than just the ones we’ve been reported to be interested in.

Here are a few to kick you off with, please add your own in the comments.

Bacca to the Future

Throw Aubama from the train

Right, you creative pun geniuses, do your stuff.

(I’m aware he’s not a striker, still had to)

I as in Icardi

I know what we didn’t do last summer

The good, the Sanogo and the Ugly

Auba and war lord Shaka- Conquest of the Emirate.

* The Prince of Persie

The dark Wright. It’s not racist, is it? Btw pogba to utd shows that money is the single most important criteria in transfers. How else do you explain a world class player going from Italian champions to a team in europa league. We on the other hand are always looking for a bargain, something which a cultured left foot touched on in his blog a few days ago. Why are we told that players like Griezmann and Aubemayang are out of our reach? Why don’t we put in a 75 million quid bid and check the resolve of their parent… Read more »

That’s a pretty long and complicated pun, but I’m afraid I don’t get the reference.

I included the synopsis too. 😛

Droga does Dallas.
Willy Walcott and the chocolate factory.

Not sure if he’s a striker…

“John Terry Is A Complete Thundercunt”

OK, I know this isn’t a film title but the player exists and it is factually correct

I presumed it was a Mad Max reference.
In fact, I wouldn’t have realised apart from the fact you mentioned it !!!!

Thumbs Up all round !

Some other classic Matt Damon films include:

The Martial
The Bourne Identiti
The Bourne Supremessi
The Talented Mr. Lupoli

The Hasselbaink Redemption. Carry on Gudjohnsen. Kroos Conrool (Made up 80’s action film I must admit).

Or the Shawcross Redemption. Obviously this is a movie that will never be made as he doesn’t deserve redemption, the leg snapping orc!

Although I would consider making the movie if he snapped John Terry in half. Not just his leg. The whole thing. In two.

It’s the story of how one Stoke cunt jumped in front of a runaway car to save the life of Aaron Ramsey.

“Bendtner like Beckham”, or “The Dane always ring twice”.

I was thinking about the one season wonder Darren Bent that everyone wanted. I wouldn’t dare mess with the name of the Lord.

And the latest transient hit – The longest Vard(y)

And that famous Spielberg film from the eighties: J.E.T.

Icardi Jones and the Temple of Doom

Indiana Jones and the Last Kroosade

The Good, the Bad and the Icardi

Karim on up the Dybala

The curious case of Tomas Rosicky. Not a striker but…

I’ve got that wrong haven’t I? I wanna change my answer to Deer Hunterlaar, or if that’s already been said, Ben Hur(st). And if not that then just simply ‘Ronaldo’

Posted this because of that arseblog article about his footballing age.

The Curious Case of Benayoun’s Button

The Curious Case of Christopher Sutton

newxieland
Reply to  Some Gun

Third Plebeian
Reply to  Some Gun

The Taking of Pelle One Two Three

The Last of the Messihicans

serotonin
Reply to  The Mert

The Good, the Ba and the Ugly

The Good, the Bad and the Tevez

Three men and a Bebé

THIS is the best one

all the entries though have been fantastic. today is a good ass day

Gonzalo with the wind

I take it blue films are allowed?

Dont want to say mine are best….but:

Lost in Space is actually a Theo Walcott biopic.

You rejoinders are killing me, man! Excellent!

Can’t think of film names, but had good laugh with this type of thing and band names.

The Lord of the Rings: The Two Torres

One Flew Over Lukaku’s Nest

The Bergkamp of Alcatraz

The Grapes Of Braithwaite