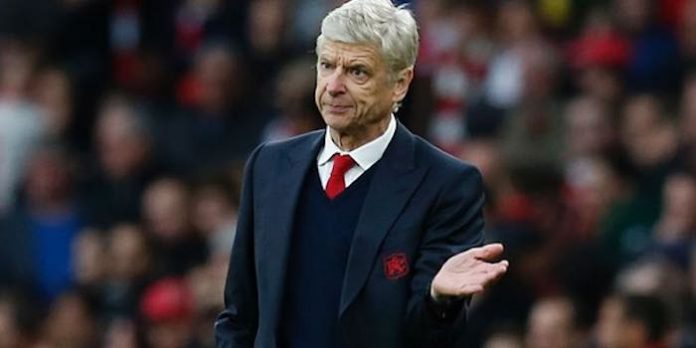 Arsene Wenger admits that yesterday’s 0-0 draw with Middlesbrough has left him frustrated, and says that the team lacked the creativity to break down a well organised opposition defence.

The visitors might even have won it with some good chances of their own, and the Arsenal manager believes midweek efforts in the Champions League left the Gunners far from their best.

“We paid a little price for the Champions League on Wednesday night,” he said. “Usually when you play at home you still would like to manage to win but we couldn’t. We could’ve lost the game as well in the first half, but that’s the modern game you know. If you don’t score early, if you’re not sharp enough, if you’re not creative enough. We lacked a bit of creativity today and then you can have a draw or even lose the game.

“I think I have a frustrated face, certainly, and I am. We had a lot of the ball, in the modern game it’s maybe not enough to win the games. We had 75 per cent possession but we didn’t have our usual pace in the combination or enough sharpness in our movement.

“In the first 20 minutes we were quite satisfied, after Middlesbrough came back in the game and were dangerous on the break. In the end, we couldn’t win it. At least we were intelligent enough not to lose it.”

The win was enough to move Arsenal to the top of the table, but they could be knocked off by Man City who play Southampton today – and there’s literally no way they’re going to drop points there.

I’m hopeless I guess,because I’m hoping for a so’ton win

We have to learn to beat teams who defended like arsenal during the days when we won each the game 0-0.

We are proud of dixon, bound, Adams, Winterburn n yet we hate teams who play like them? We had a full back playing as winger (mcgolddrick) n keown in midfield!

Maybe we can try Barcelona’s style, plenty of flicks and running around. Rather than running out receiving the ball, twist and turn, can’t find a way, someone runs out, receive the ball, pass left pass right…. This won’t work!

Would’ve liked someone to just twat one from way out Xhaka-style, to give their defence a bit of a scare, and make them more eager to close down shots, and therefore create some space between their two lines of defence.

Even better would’ve been having Xhaka on the pitch, having appealed his red card. Oh well, here’s hoping So’ton can do us a favour.

If there is one thing I can say with absolute certainty, it’s that Man City will not drop points today. There is no way in hell that is gonna happen.

If we can accept a 6-0 win mid week win, we have to accept this result as I don’t think the players should be slated for their effort. There was almost no space in the box to do anything because of the compactness of Middlesborough so another approach to the attacking should have been thought of. I would have liked Koscielny to have played upfront for the last 10-15 minutes and just bombarded them with crosses. Pique does that at Barcelona which tells you that you have to change the way you attack during the game when you face such… Read more »

I can’t feel my face

COYG… ON TO THE NEXT GAME

Can’t win them all. Not losing yesterday felt like a little win.

Agree with tou there buddy, we’d have lost a game like that in seasons gone bye. Like Swansea last year.

GunnerDareMacedonia
Reply to  George the Gooner

DAMOBOT
Reply to  George the Gooner

A draw feels like a win…… hmmm…. that is actually possible but what happened yesterday felt like a loss.
You know that…… I know you do.

I have seen this brought up before but let me just make it absolutely, 100% clear as daylight… Manchester City are absolutely NOT, and I mean NOT, dropping points today. Comfortable 3-0 win for them and there is nothing anyone, or any god or twist of fate of accidental coincidental lucky turn of events could do about that. Have to accept it. Oh, well…

GunnerDareMacedonia
Reply to  The Only Olivier is Giroud

You was right sir, I take my hat for you !

Well they drooped 2 points in their second home games 4 points doped, before you say we could of take and advantage, city were the ones who could take advantage on our result yesterday and they bottle it .

So glad we beat soton and play them early, as games are going they really look good and it will be no surprise if they beat chealshit at home next week.

There is NO WAY Southampton will beat Chelsea. 1000% no chance. Even if Chelsea have 2 injured players and 2 red cards, they will still beat Southampton 0-3.

There’s no way Southampton could draw with the invincible City either.;)

OX, Bellerin and Monreal they all need to learn to cross properly i see other team full backs trying to cross and they somehow at least manage to put the ball in middle of the box to create disturbance but our player seem to cross as they are hitting balloons instead of football i mean just look at Chambo’s cross last night and it really is frustrating considering that he is a winger. Although i am not saying that if they would have crossed better we would have scored a header, seriously i am not, Sanchez is 5 ft 6… Read more »

As I recall, Ox came closest to providing the shrot for the winner for us late on, had Ozil not been a tad off side.

Shit may also happen to Shitty 😉

Simply cannot happen…like the press said, City are running away with it because they are so good…just like last season where they finished behind us and we actually beat them with Ramsey and Flamini holding in midfield. 😀 The banner folk like to throw toys out of their pram as soon as there is a slight hiccup. They get confused with support for the club not necessarily means people think everything is fine and dandy. Instead they poison the atmosphere and unwittingly project more unnecessary nervousness toward the team during a match with their antics. We are level on points… Read more »

The Special Needs one looks like he is about to head for more choppy waters. Again the press bigged him up with his ambitious spending for frankly two players who do not appear to be hungry. They neglected the fact that he has feet of clay in the squad. Contrast Wenger who has spent very well in the summer with his panic buys. And some of these bannermen think they know better. They need a bit of humility considering they have been wrong about so many counts including Theo. Yet they deem to criticise the manager and pontificate like boorish… Read more »