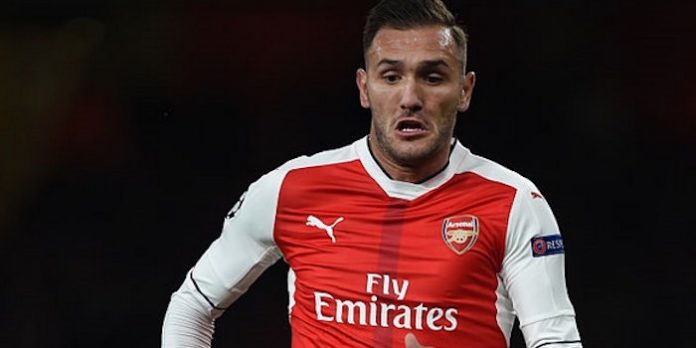 Arsene Wenger has backed Lucas Perez to continue making an impact this season, even if the Spaniard couldn’t do much to change the game when he came on against Boro last weekend.

In his previous four appearances though, he’d bagged two goals and got three assists – there’s even a case it could be four as it look like his header was spectacularly finished by Laurent Koscielny against Southampton at home.

The £17m signing from Deportivo la Coruña has been kept sidelined by the form of the team and Alexis Sanchez since his arrival, but the manager is sure he’ll become a key part of this team as the season goes on.

“The more he does that – against Reading he will have an opportunity – the more we will be tempted to say, ‘let’s do it’.

“He did extremely well against Ludogorets because he came on and gave two great goals. He was a bit like the rest of the team against Middlesbrough, in that he could not have as big an impact because the whole team was not functioning as well.”

Tonight will be another chance for him to put some pressure on the manager, and after two goals in the previous round against Nottingham Forest, he’ll be looking to add to his goal tally when we face Reading.

Like him. I am sure he will become a good player for us.

An inform Perez and Alexis playing together is what I dream of. Even though it would mean relegating one of Theo or Iwobi to the bench, it’s a pairing that would give defenders nightmares.
I expect at least 10 goals from him this season.

Iwobi is due a rest soon so if he performs well again tonight your wish may come soon. :o)

Will Iwobi be gone for the African Cup? if so your dream may soon come true!

No, Nigeria didn’t qualify this year I think.

Some game time tonight will do him good!
Grab some goals while you can, Perez!

I rate Lucas highly, plus he has a great attitude. Please score some more goals… This is your chance!

I have every confidence in this man.

He looks descent and has the proverbial football brain.

Get out while you can Lucas!

You meant ‘Get out on the field’?

Giroud, Sanchez, Perez….who is the fourth?

Akpom might be a decent striker one day, but for now he’s a 21 year old with 3 (championship) league goals to his name.

It does seem that a lot of people forget that Welbeck will be coming back – pundits included. Wenger’s going to have a good problem on his hands once he is fit, I feel he’s going to add a lot to this team come the new year.

Oh, yeah, I forgot that Wellbeck was still a thing.

What about Sano goal?

Do you mean Sanogo for the fourth decent striker? It might be true, give him a chance.

Guess Lucas will be playing on the left, with Giroud in the middle.

Ah despite everything, I still remain skeptical about Sanchez as a central striker. I enjoy his pace on the wing and when he cuts in. Of course as the manager said, Sanchez as central striker gives him more time to word offensively rather than defensively. However, I do wonder how Lucas in Center and Sanchez on the wing would turn out. Tough tough decisions managers make. Respect to them

Yeah I’m not totally sure on Sanchez as a CF either but I think he’s close. He needs to make sure he doesn’t stray too far from goal. It’s great he wants to come to the ball and help create but he also has to remember he needs to get on the end of things too! Perez is a more natural option in the role but if Sanchez fulfils his potential there he could be the next Aguero or Suarez, he just needs to focus on his hunger for goals. If he does that he’s golden, he has the ability… Read more »

I think that Iwobi’s form has dipped and time to move Alexis back to the wing and start Perez up front..

I’d fancy a 4-3-3 of Alexis, Lucas and Theo vs the new bus park Man Utd with Öz, Santi and Coq in mid. Throw in a Giroud when they’ve completely parked it. Happy times!