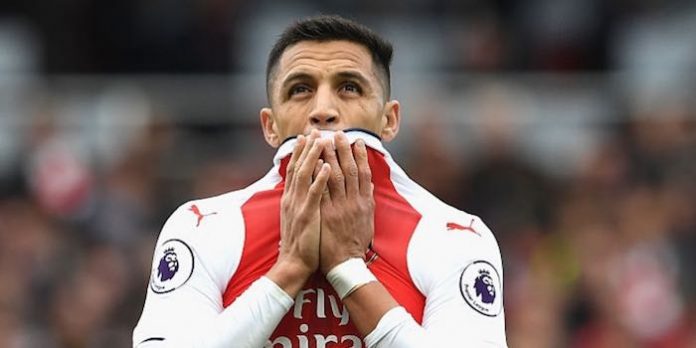 After reports yesterday emerged that Alexis Sanchez was facing an investigation into alleged tax fraud during his spell at Barcelona, his agent has moved quickly to deny all the allegations.

Fernando Felicevich released a statement via his Twitter account to say that the Arsenal forward had paid all necessary taxes and that the possible charges come from a recent change in Spanish tax regulation related to image rights.

“Each and everyone one of his image rights payments have been declared,” he said. “Alexis has declared and paid the total of all incomes received.”

However it does look as if there may be some extra to be paid based on the changes in legislation, which will be worked out in due course.

He then asks the press and public to respect the ongoing case until such time as it’s finalised.

So, there you go. Chances are this is all stuff that’s worked out by his agent anyway, so he can jolly well fix it.

Alexis doesn’t seem like one who deserve such allegations, I think he used to pay taxes and leave him alone he has arsenal blood

Sounds like something the Spurs media centre made up to put him off his game this weekend… ?

At least now we don’t have to worry about him fucking off back to Spain!!

But this does give some insight into his contract negotiations. He needs more money to pay taxes! He’s probably hoping Brexit comes soon so he can hide out in England doesn’t have to worry about the Spanish taxman so much.

we should scrap all existing extradition treaties with Spain: they get to keep our criminals on the Costa Del Crime and we get to keep Sanchez…a fair enough deal, methinks…on a more serious note, it’s not the first time that Spain has brought out some retrospective law changes…rule #1 of law-making is that it should never be retrospective…

Should be. Unfortunately that is not the case. HMRC have done this with regards to tax already.

Well I certainly hope so! Never gonna happen, but it would be taking our annual November misery to a whole new level if rather than injuries to our key players they were facing jail sentences instead

In other words, they wanna punish him for an action that was totally legal at the time it was carried out. He has done no wrong if this is the case.

Spanish government can make money by retrospectively closing tax loopholes and the high profile of the cases will probably dissuade tax avoidance from others. It’s not ethical but it is understandable.

So if you drive down a road with a 40 mph speed limit at 38 mph and next week receive a summons for speeding after the limit is changed to 30 you’d be fine with that?

Or, if you chemically Tinker a formula for a banned synthetic drug and make money off the lives of young people, the government can come back and nab you for it. Synthetic drug makers are already doing this.

Fuck them….Alexis will avoid trouble and pay up.
His lawyers will take care of that