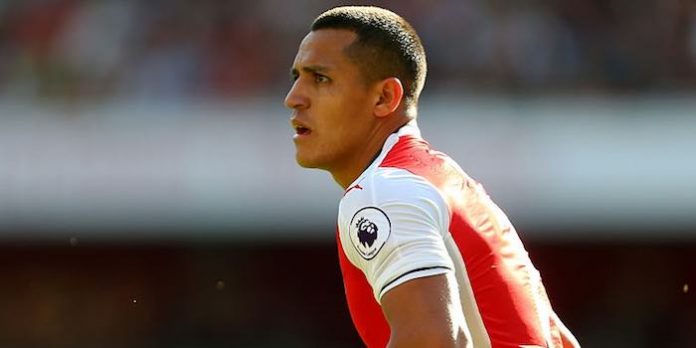 Despite being ruled out of tonight’s game with Colombia, Alexis Sanchez is to stay with Chile rather than return to London.

The information about his injury seems very muddled, with some saying it’s a minor calf strain while others seem to think it could be a lot more serious.

The Arsenal man has apparently made it known that despite the pain he’s ready to play against Uruguay next week, while coach Juan Antonio Pizzi thinks about ways of dealing with the 27 year old.

“He is very important, but we are working to find ways to replace him,” he said.

“Not having Alexis is a reality to face, but we rely on the entire group.”

As for returning to London, he played down that suggestion, saying, “He is recovering and will continue with La Roja.”

It remains to be seen just how serious the injury is, but let’s hope he doesn’t risk aggravating it, given that Arsenal’s next two games are against Man United, and then PSG in a Champions League fixture which could decide the group.

Mustafi ruled out of Villa game with hamstring strain

From the blog and related to this news: “score the winner at Old Trafford, run up the touchline swirling his shirt around his head driving Jose Mourinho into a frenzy where he attacks Arsene Wenger and Arsene karate chops him in the neck as Steve Bould chokes out Rui Faria? I think I know which one I’d choose.”

Honestly, I think the time has come when we start fucking up our games. I don’t get why the universe starts to conspire against us come November. A loss against United and PSG would be disastrous on two fronts at once.

I hate the Chile national side – I hope they don’t qualify. The way they treat Alexis, and insult Arsenal (and even explicitly Wenger) is awful. The German example regarding Ozil provides the perfect counterweight; sensible, fair and considered. If we do lose Alexis for any lengthy period of time, given that we have Perez and Welbeck out, we can say goodbye to our plan A (unless Walcott can do a job up front, only he seems to fare much better given the freedom of cutting in). Without our plan A we can say goodbye to the league. Surely they… Read more »

“The way they treat Alexis, and insult Arsenal (and even explicitly Wenger) is awful. The German example regarding Ozil provides the perfect counterweight; sensible, fair and considered.”

It’s not as if Arsenal ever give him a rest.

Germany’s situation is very different because they have one competitive fixture against San Marino and another friendly against Italy. Ozil is not needed for both games. So he exclusion is fair. Chile have a fixture against a strong side and they need to win to qualify. So I can understand their reasoning.

The Doff
Reply to  Giroud's Buldge

It surely doesn’t help if, as the article suggests, Alexis is eager to play even when injured/in pain. To be honest, I’m getting fed up with this childish and unprofessional behavior. What’s the use in playing one game at 60% and spending the next 4-8 weeks on the sidelines?

kaius
Reply to  The Doff

Chile are a relatively small nation that’s cracked the top 5 in FIFA rankings. Some of us need to accept that Alexis will always give 100% for his country because you know what? He does it for Arsenal too. You think he hasn’t played through pain and injury for us? You think he hasn’t shrugged off jetlag and made himself available for Arsenal? Come on, Alexis is Alexis. If Wenger has trouble restraining him, you can be damn sure Chile has it even worse. They don’t want Alexis hobbled any more than we do. People need to direct their anger… Read more »

I don’t care about Chile

I don’t care about England

I care about Arsenal

It is Alexis’ responsibility to know when he isn’t fit to play and declare himself unfit.
The trouble is, he is a proud Chilean that gives everything from his country.
He know’s we have Utd & PSG next. Let’s hope he looks after himself.

I fear this won’t end well.

I hate these South American teams for this reason. Their treatment of star players is pathetic since they’re so dependant on them. Columbia was trying to do the same with James recently. Poor guy even got death threats for withdrawing due to injury

The correct spelling is Colombia Sideshow_bob

Just the news we don’t need. Here’s hoping Alexis doesn’t aggravate his injury but knowing him, he’ll most likely push to play in the Uruguay game. Damn you World Cup qualifiers!

I feel like FIFA should have a look at the rules for these situations. Wasn’t there a ruling that if a player is declared injured by their club, they would have to be assessed by the national association, and if that was refused the player would be banned from playing for 5 days after the international match? Given the clubs are the players’ employers, surely similar sanctions should be put in place in reverse? If the club’s medical staff aren’t given full access to injury data, it would be reasonably to force them to sit out the next game for… Read more »

I fear they will play him injured and make it worse. Don’t suppose there’s much we can do.

There you are, Injury my old friend, was wondering when you would start screwing us over.

Why do countries feel its ok to keep players and play them with injuries, they dhould send sanchez home , and if he gets a bad injury arsenal should make them pay his wages.