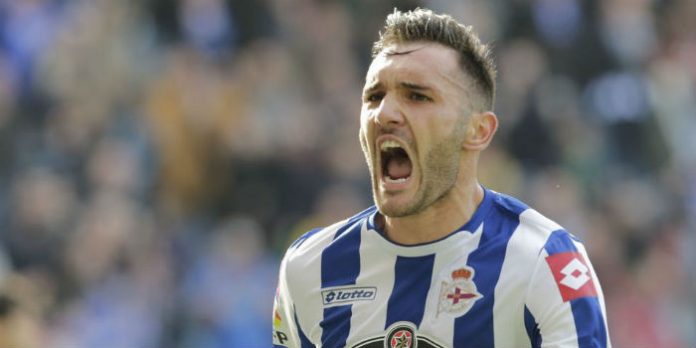 In August of 2011 Cesc Fabregas demanded to be traded to Barcelona and when Arsenal granted his wish, he took with him Arsenal’s offensive and defensive firepower. No place was this loss in quality as obvious as in Arsenal’s Champions League campaigns between 2011 to 2016.

Just looking at shots per game created and conceded in Champions League Group Stages shows us a stark reminder of how much Arsenal dropped in the years after Cesc slithered off to Barcelona.

Arsenal’s offensive nadir was 2012-2014 when the Gunners finished two consecutive seasons as the 31st worst team in the Champions League group stages in terms of shots created. That’s 31st of 32 teams. If you’re tempted to think Arsenal had a tough group, 2012/13 saw Arsenal paired with Shalke04, Montpelier, and Olympiakos. 2013/14 was a much more difficult group with Napoli, Marseille, and Borussia Dortmund which helps to explain why Arsenal have a low shots per game creation record but… if the groups were that tough, we should see Napoli and Borussia Dortmund struggling to create shots as well, but all three teams finished significantly above Arsenal, Borussia created 16 shots per game, 4th best in the group stages, Napoli created 12.8 shots per game, and even Marseille created 10.2 shots per game, all better than Arsenal’s rather poor 8.7.

But incredibly, Arsenal managed to get through all of those group stages and go on to get beaten in the next round by top quality opponents. Twice Arsenal faced Bayern Munich, twice Barcelona, and once Monaco.

Interestingly, Arsenal have the same goal difference (+12) as they did when they last got to the quarter finals. This is the best goal difference we have had since 2010.

Funny fact… I thought Gibbs was going to get credit for the assist for Perez’ third goal but his pass was deflected by Alexis and so the Chilean got the assist. His pass was intended for Perez, whether it would have made it to him or not is a question. I also don’t think Alexis meant to make that pass, it actually looked like a miss control. But the important fact here is that basically any last pass, or last touch, that results in a goal is usually given as an assist.

Another interesting note on Gibbs’ game: he only had two interceptions all game but one of them led to the Perez third goal.

Also, for Gibbs’ only actual assist of the game, it was an Alexis pass which set up the assist, something that Alexis did twice in this game, once for the opening goal and once for Arsenal’s fourth goal. You will sometimes hear this pass called a “pre-assist” or a “hockey assist”. Özil had one too, his pass to Gibbs set up the shot which was deflected into Perez’ path. And technically Gibbs has a pre-assist for the third goal described above. I don’t track pre-assists but I know that many of you do, especially if you play fantasy football.

I counted 38 passes in the build up to the second Arsenal goal. I had to count manually and I may be wrong there. This whole build-up was started by Granit Xhaka intercepting the ball and then Arsenal start passing the ball around and building up play. This (plus other stats) runs counter to some match reports which tried to paint Arsenal as a counter attacking team. Arsenal dominated possession 59-41. Arsenal also dominated interceptions (20-15) and tackles (30-27). Basel did take more shots than Arsenal (15-12) but the Gunners were more efficient getting 7 shots on target to Basel’s 5. Basel also needed set plays to generate their shot superiority, taking shots from 6 set plays compared to Arsenal’s 2.

I initially wanted to see what Ramsey and Xhaka’s numbers looked like together but Xhaka played the full 90 while Ramsey was taken off at the 70th minute. Together  they did combine to go 6/10 tackles, with each player winning 3 tackles. Xhaka led all players in passes (104/111), ball recoveries (14), Interceptions (4, tied with Koscielny), and fouls committed (4). Interestingly, his brother Taulant led all players in getting fouled with 4. I can’t actually see who Xhaka fouled. It would be funny if he was just kicking his brother all over the pitch.

That’s all for today, sorry this was late but I have a real job and a real child to take care of. Plus beer to drink. Sometimes I can’t get to see the match live and that throws a wrench into everything.

The final graf is on point.

Looks like the tide has turned, two good wins though against struggling oppo.

Let’s hope we can do similar through December in the league.

Thee were indeed at least two “encounters” between the Xhaka brothers. I cannot remember if any resulted in a foul being whistled–I think there was an advantage played at least once–but Granit seemed eager to take on his former side and still-current family.

Fergal
Reply to  A Different George

Hehehehe. “Still current” family. He absolutely creamed him at one point, Christmas dinner will be just like mine – a big fucking fight :0)

Cheesus
Reply to  A Different George

We have laid to rest the Cesc ghost.

However, I don’t think Cesc has buried his past with us.

There was at least one foul from Granit on his brother. A pretty nasty one too, he kicked him in the legs while the ball was very far away. Good boy.

There had to be other issues with our defence when Cesc left because we all know that he has never been the best defender.

To be honest, he looked like he was coasting his last year with us. Wasn’t really impressed with his production, although I seem to recall he might have had an injury.

Make mine a Swiss miss
Reply to  Bendtner's Ego

Agree with you it was more than just Cesc. That last season though….he certainly said he had an injury but whether he really did….i’m doubtful.

7AM – thanks as always for making the effort despite other important things in life to do. The beer i mean 🙂

I think the point is rather that Cesc brought ball security and an ability to keep possession and that in turn helped Arsenal both in terms of defending and attacking. Whether statistics bear that out I don’t know, but I think that’s the likely connection between the two.

I have to quibble with including Monaco as top quality opponents with Bayern and Barcelona. Of the recent CL exits, that was the least excusable.

Can anyone tell me how the next round opponents thing works with regard to Barca AND Citee?
Barca are group winners and Citee second.
We are first so normally second in the group are potential opponents, but second is Citee, English, so we cant get them, so can we get Barca, or are we kept apart?