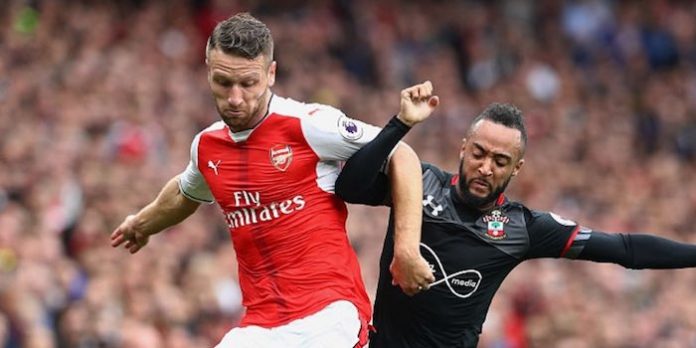 After our FA Cup involvement meant the postponement of Premier League games against Southampton and Sunderland, Arsenal fans have been waiting for new dates for those games to be announced.

At long last, the games have been rescheduled, adding to a hectic run of games between now and the end of the season.

The Gunners will travel to St Mary’s on Wednesday May 10th for a 7.45 pm kick-off. That game comes just three days after Manchester United come to the Emirates, and three days before we face Stoke City at the Bet 365 Stadium on Saturday May 13th.

Sunderland’s visit to the Emirates will take place on Tuesday May 16th at 7.45 pm, before the final league game of the campaign takes place on Sunday May 21st.

There’s also a change the broadcast schedule as the game against Leicester City on Wednesday April 26th, which was set to be shown on Sky Sports, has been dropped and they’ll televise Crystal Palace v Sp*rs instead.

Still, at least we know when all our games are taking place now, and we can stock up on the requisite amount of booze and painkillers.

Which is a lot. Quite a lot indeed.

We could use a few puppy pics blogs!

We will provide that in our next story

The Loon Ranger
Reply to  arseblog

I quite like kittens as well (or pole dancers) entirely your choice.

mastaofthegoonaverse
Reply to  The Loon Ranger

Ive got a new schnauzer in the family, his name is Colin.

I’m carrying stuff in my backpack these days, even the news is threatening my patience

Some football from the Arsenal would be a start!

I pretty sure that one of those game could have been played this week or next if it wasn’t for Sky insisting they have us on two Monday nights in a row. Madness.

Couldn’t – it’s Champions League week. You all remember CL don’t you? It carries on into latter stages even if we don’t.

The fact that a match up between last season’s champions and runners up has been dropped from TV just goes to show how underwhelming both teams have been this year. Embarrassing.

But I’m watching Leicester in CL as I write this. Their season went back on track when they “disgracefully” sacked their manager.

And again we can learn how to defend from City.

Presume we lose out on the tv match fee now that we have been dropped from the schedule. Take that hit in the pocket Stan!

Make sure you have three Arsenal players in your fantasy teams for those two game weeks folks….or maybe not actually. 🙁

“Excuse me Mr Dean, would you mind coming back please, pretty please?”

Let Usmanov take over and we get Dein back I reckon.

Let Usmanov take over and we could have David Dein back.

You’re taking this quite seriously aren’t you?

Is it only me or does this Southampton chap look like a sinister Theodore Walcott?

A sinister Theo? I’m trying to get my head round that.

That’s nice of Sky. Sold my Leicester seat on ticket exchange 2 days ago as hard to do midweek and was televised and then they change it! Bit unfair.