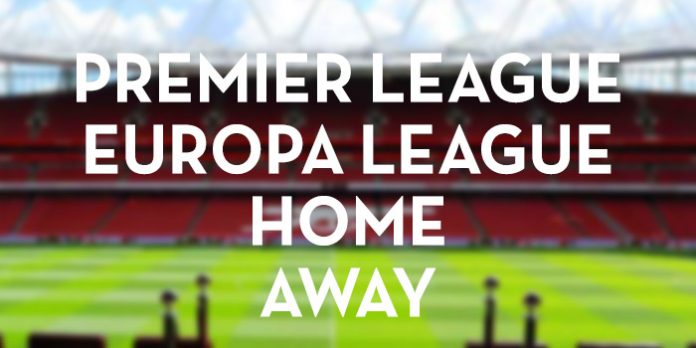 By now you already know that we’re going to be kicking off next season’s Premier League campaign with a home game against Leicester, while there are two tricky away trips to Stoke and Liverpool to close out August.

The first one of the season takes place at the Emirates on November 18th, while we’re away at Wembley on February 10th.

As mentioned above we travel to Anfield on August 26th, and host Liverpool on December 23rd. Chelsea away comes on September 16th, before a new year’s day showdown with the champions at the Emirates.

We go to Man City on November 4th, and Pep Guardiola’s side will visit London on February 24th. As for Man Utd, we face them at home on December 2nd, and go to Old Trafford on April 28th.

The Europa League means a lot of Thursday/Sunday football, and it’s something new for us to contend with. It’s also compounded by the fact that of the six group stage games, we’re away from home in five of following Premier League fixtures.

Those are: Chelsea, Everton, Manchester City, Burnley, and Southampton. The second game in the group stage comes before the home fixture against Brighton on September 30th, which is the only home game we have after a European tie.

It means that Arsene Wenger is really going to have to use his squad well, and we’re likely to see significant rotation between Europa and Premier League games.

2000 – The last time Arsenal faced Leicester on opening day, they reached the UEFA Cup final the following May. Prediction. pic.twitter.com/vnnxxToXpR

November has traditionally been a difficult month for Arsenal, and with games against Man City and Sp*rs we’ll be tested again – although Burnley and Huddersfield look reasonable fixtures.

There are seven league games in December, starting with United at home and finishing with West Brom away.

Already it’s a fixture being dubbed the Herbert Chapman Derby. The legendary, innovative Arsenal manager joined from Huddersfield in 1925, and after a 46 year absence from the top flight The Terriers are back.

Remember, that these fixture dates and times are provisional. They have yet to be subjected to discussion by Sky Sports and BT Sports for the broadcast schedule.

Important: Do not book any travel or accommodation yet because they will be changing.

AC Milan 0-2 Arsenal: By the Numbers

Is anyone else worries about the festive period? Two away games we lost horribly last season sandwiched in between home games against Liverpool and Chelsea, all in a 9 day period.

Look, this is all just speculation. We won’t really know the fixtures until the opening day of the season. Relax. Have a bourbon.

Easy to be worried about the entire first half of the season. I was excited about the Europa League as something different. Seeing the PL fixtures that follow Thursday group stage matches significantly dampened my enthusiasm.

I think it’s been a fair bit longer than 16 years since Huddersfield were in the top flight.

Tough start (get transfers sorted please) and November though February look hard (so no mid-season slump please) but the run in looks good.

Let’s hope we have something to play for then.

Play kids in the Europa League pleeeeaase Arsene. No taking chances This shouldnt be a problem if we manage the squad well

Agreed. Prioritize the Premier League. Maybe not the kids exclusively but we should rest most if not all the starting 11.

If Perez stays watch him be top scorer of the Europa League. Wenger will finally be forced to play him!

a different George
Reply to  mzithemba

I think we will have a squad big enough so that we don’t have to play kids–players like Giroud, Walcott, Mertesacker, Holding (okay he’s a kid, but he started the FA Cup final), Chambers, Elnenny, Iwobi, could all start on a Thursday and be on the bench on Sunday.

Is there any team in the history that won their league while playing in the eufa cup/europa league?

We write new records! That’s why we are the Arsenal. COYG!!!!

Yes. The last two were Porto in 2011 and Shaktar Donetsk in 2009. I think you need to go fairly far back to find someone from England though.

I’m really happy we face the Orcs of Stoke in the summer. They’re not as scary in sunlight as in rain, sleet or complete darkness. And the Eye of Sauron is a lot less visible in daylight. Bring up our plucky hobbits!

Will probably be a Monday night kick off now.

what a precious joke!

(And we do have an Ent in our backfield. Just in case.)

Bring up our plucky hobbits!

Will Santi be available by then?

Bring it on! Rotation is our friend this year, plenty of opportunities for our fringe players with Europe and the EPL cup games a go go. Strong push for the PL and if players do not want to step up and fight for their place and this club then the door is open. I don’t care to hear another year of sob stories from inconsistent players about not being first choice or being played in a different position. Boo hoo, you’re behind someone who is better than you or you have to play on the wing, get over it you’re… Read more »

Love the optimism but if you think a team that is probably going to be weaker than last seasons team is going to push for the league, you’re sadly mistaken.

We should have enough squad depth (hopefully!) to still put out a strong team for Europa League games, because whereas it’s not priority we still don’t want to crash out in the group stages!

Because anyone who wants our team to lose under any circumstances isn’t really a fan?

Let’s hope we win the Europa League! With a strong squad and prudent rotation, anything is on the cards.

Uefa coefficient, we don’t want to end up in pot 3 if we get back into the Champions League.

No that’s not right

how are we away 5 out of 6 times after Europa ties? that doesn’t seem fair…

Tottenham are going to be crap this year when they have to play all of their games on a regulation sized field!

Chelsea could lose Costa and it’s hard to come back motivated after winning the title.

Man U will spend another 150 billion and still be really boring to watch.

Arsenal and City should probably have better years.

It seems the December/January/February months are going to define our title challenge as we will play all of the other top 7 teams in the league (at least from this past season) during that time frame. Out of the last 10 games, only 1 is against a top 7 opponent–ManU. If we are within striking distance of the title on March 1, we’ll have a real chance, if not be the favorites, to win it.

We just have to beat whoever is in front of us. No excuses.

What Wenger needs to ensure is that we have sufficient strength in depth with Europa games to contend with.

The worry is he will as per usual short change himself, like last season going slightly light on midfield which cost us.

With our usual injury issues, we do ourselves no favours.

I would definitely play the kids in the europa, less injured first team players means we might get through the winter without major casualties. We might have a chance of finishing top end of season. Wishful thinking ☺️

So we have to play everybody twice? Shit.

My brother and I will be on opposite ends of the couch for the Brighton games. Those are the only ones where I’m inclined to be even remotely civil.

For me the Europa League is a good place to blood the League Cup team, maybe play strong team at home, but hope the squad players do the business away from home, which they should be able to do, 3 wins usually qualifies in this competition.
It should give our youngsters a good opportunity to develop quicker, I’m looking forward to it.