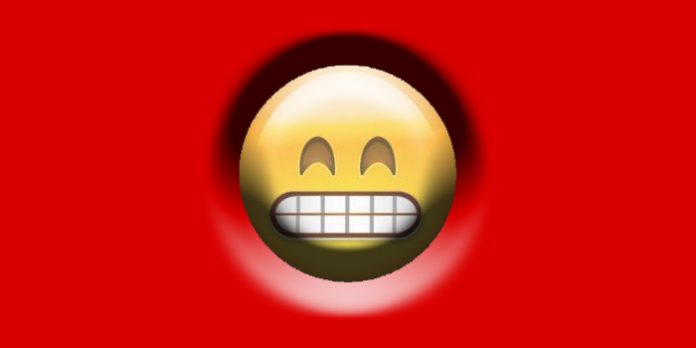 Imagine if that thing that isn’t going to happen actually happened, and after it happened other things happened as a consequence of that.

You have to imagine because that thing isn’t going to happen, but for the purposes of this article we’re going to say it happened because it then lets us make up the things that might happen if it did.

1 – A trope or a tired old meme based around an inaccurate stereotype of a fanbase.

3 – A poorly executed Photoshop which is meant to be funny but ends up in the realms of casual racism.

So, now you know what would happen if the thing that isn’t going to happen happened. You may carry on with your day.

Unsure if this post is about rhetorics or contemporary philosophy.

I think blogs has been reading Ulysses

Did his pen elope?

I need to watch Penelope Cruz after this

A different George
Reply to  Hank1979

Is that the one about stately, plump Sam Allardyce?

The Loon Ranger
Reply to  Hank1979

Did Ulysses have a puppy? I like puppies and kittens.

Shit, this is deep.

Must be tough for the site, having to think up daily content and keep traffic as high as possible, whilst there’s utterly nothing to go on; no arsenal leaks, transfer stories, etc. Even our expected departures such as Gibbs and his agent don’t seem to be leaking anything to the press. There’s only so many stories you can make from that Aurelas knob (or whatever) from Lyon. Maybe we should use here to suggest some interesting stories for arseblog to cover? How about a story on Arsenal academy players who have left and are doing well for themselves? Would love… Read more »

We’ll have a good think about that, thanks.

Over delicious bourbon… what we’re we thinking about again?

Reckon blogs is being bankrolled by the Arsenal PR department to divert our attention from the utter lack of transfer activity? ie. the thing that never happened…

We’ve signed someone already..who else has made any significant signings. If we use the almost universally accepted wisdom that other clubs always get their man and get them sooner than Arsenal, then why havent Man City signed Alexis yet? What it is, is exactly how Blogs laid it out. We are mentally screwed by this online clickbait bullshit that is always there but takes on epidemic proportions during the Transfer Window Season. Might as well call it a season as clubs all but get a trophy for it at the end of it. Usually Man U, and we are normally… Read more »

I was just joking mate.

I\'m Professor Ignorance, on this subject

Puppies ARE the internet – it is impossible for one to destroy it, because it creates it as a byproduct of its existence, just like poo and chewed up shoes.

Cats may disagree with you.

Little known factoid:
Neither Atom, nor Humber, have ever been whistled for a hand ball.

So many Hand of Dog goals

If Maradona had been dyslexic.

what is this i don’t even

Take that, click-whores of the world wide web! I expect the phenonemon of morons feeling unjustifably entitled to spew their uninformed opinions into the internet will now cease.

i know this was meant to be cryptic…..but even as a daily reader, i’m still not 100 percent if your talking about Sanchez, Mbappe or Voldemort?

Voldemort is the defensive midfielder we’ve been crying out for. Light on his feet, likes to get stuck in, great wand work.

6 – Piers Morgan weighs in using the thing that didn’t happen, that happened as evidence to support his agenda.

Puppies should eat Piers Morganses – then they would be awesome squared

Thanks for the downs love it here ❤️

Does this mean if Real sign Mbappe I get a new tricycle?

If anything’s going to happen, it won’t happen before Saturday when July happens to start. That happens to be the beginning of the happening season.

If Arsenal don’t sign someone for big money! I predict a riot!

I’ll have a shitload of what you’re on please Blogs ??

Put down the Foucault, blogs.

The thing that doesn’t happen at The Arse every year has now become the standard by which other things that don’t happen are compared with when they don’t happen either…
https://www.youtube.com/watch?v=0crokqG2uYg

Arsenal, Canon both corporate bywords for not happening,
just when you thought it might,
but always knew it wouldn’t.

Thank god, finally some clarity in this issue.