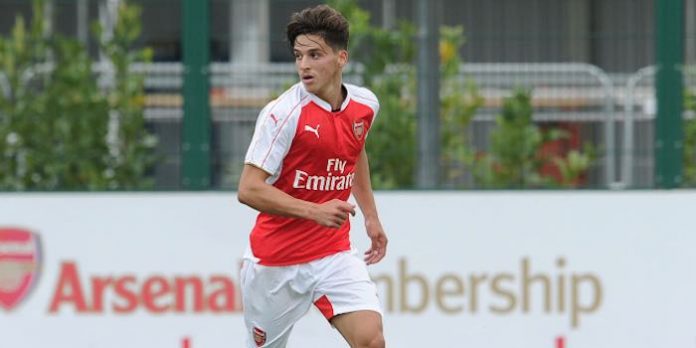 Young midfielder Savvas Mourgos has signed for Norwich on a permanent deal.

The 19 year old joined the club from Panionios in 2014, but has never come close to any first team action.

He’s obviously done enough to catch the eye of new Canaries boss Daniel Farke as he builds a side looking for Premier League promotion this season.

We don’t know a lot about Savvas Mourgos other than he sounds like a character from Game of Thrones and his name scans perfectly if you put it to Falco’s classic 80s hit ‘Rock me Amadeus’.

Bielik still set for loan move…just not at Norwich

What a Savvy signing ?

Surely they told him ‘yoghurt to go’

I usually pay good attention to the academy, and even I don’t know much about him.

Also, to secure a championship club is pretty impressive.

Was listening to Second Captains pod yesterday (great recommend, Blogs!) and Ken was talking about Chelsea and how with their young players they’re brought in for an average of 2.5 mill or thereabouts, and sold for an average of 7.5 mill I think it was. Supposedly have made 120m profit over the past 6 years. I realize this is hard to do and also relies on top scouting to identify the talent and also a good academy where they can develop, but why with all our youngsters they seem to go out on loan for 2-3 years, we realize they’re… Read more »

Off-topic, Andrew-when opening a news i am redirected to sum fishy andrewwins.loan site which forces me to accept some lottery prize, I thought it may be worth your awareness.

Thanks, have seen a couple of people mention this but I can’t seem to find out why this is happening. Will keep looking.

falco is considered a legend and the biggest (and probably only) national pop star in austria. he’s had far better songs than amadeus, which i personally think is one of his worst. try vienna calling, nachtflug and wiener blut (hilarious video). right now i’m sitting in a bud that in a few minutes will drive past his flat in the ziegelofengasse, where he lived several years. yes, i felt the need to point thids put.